‘Now you know why I draw’ 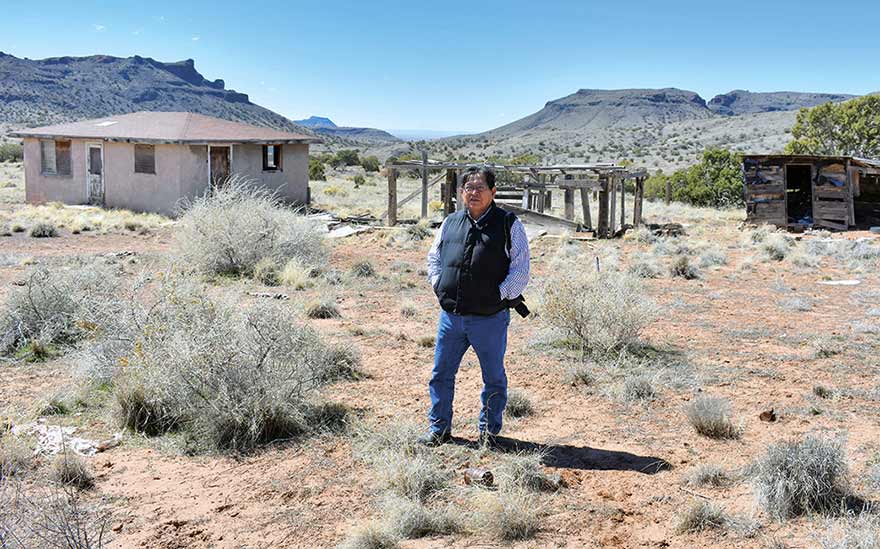 Jack Ahasteen remembers the carefree days of his childhood when he and his nine siblings would herd sheep and gather wood in the rolling hills and pastures of Teesto.

The volcanic buttes and mesas that spotted their frame of reference were their playground. On a March 15 trip to the location where he was born, Ahasteen breathed in the cool spring air and let out a deep sigh. “I haven’t been here for a long time,” he said. “It’s so emotional to visit my birthplace and where my parents used to live and have a homestead.”

The beautiful spot, once inhabited by families and abundant wildlife, is now eerily quiet and vacant. When Ahasteen was in college at Arizona State University for graphic arts in the early 1970s, he started hearing about a “Hopi and Navajo ranch war.” Not long thereafter, the family found out the land dispute would arrive in their own front yard.