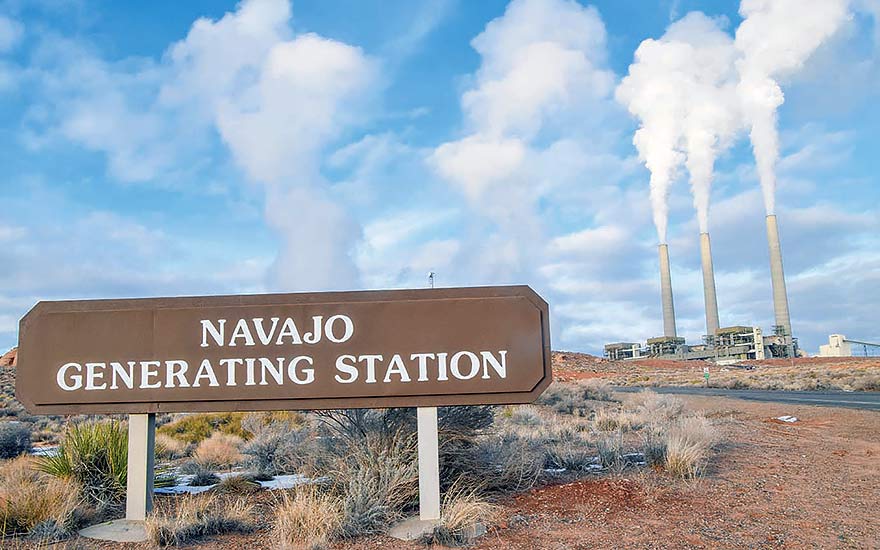 Special to the Times | Krista Allen
The Navajo Generating Station operates during a cold afternoon Jan. 3, 2019, in LeChee, Ariz.

Not all miners in favor of continuing NGS

Nearly half a century ago, elders living on Dzilyíjiin wept and begged Diné lawmakers to disapprove the “life-of-mine mining plan” here where their children played and where their livestock grazed.

“They cried before leaders and they did not wipe away their tears,” Linda Curley said in Navajo, during a March 10 town hall meeting at Kayenta Township. “They didn’t even give them a tissue. They cried and they pleaded with them.” Peabody Western Coal Company at that time developed the Black Mesa and the Kayenta mines with little or no regard for the people whose land it defaced, according to people who spoke at the meeting.

Tribal councils from the Hopi and Navajo nations agreed and even encouraged coal mining on Dzilyíjiin during that time, according to Phyllis Hogan, then director of the Arizona Ethnobotanical Research Association, who wrote a letter – dated Aug. 14, 1989 – to Peter A. Rutledge, then director of the Office of Surfacing Mining.

“I feel it must be brought to your attention again that these councils do not represent the traditional elders and their families who are currently residing near the Black Mesa (and) Kayenta Mine areas,” Hogan wrote. “You and your staff have been told at various meetings by these elders that they are unwilling to allow Peabody (Western) Coal Company to continue or escalate any further mining activities.”