People | Nuvamsa elected to Arizona Community Foundation Board of Directors 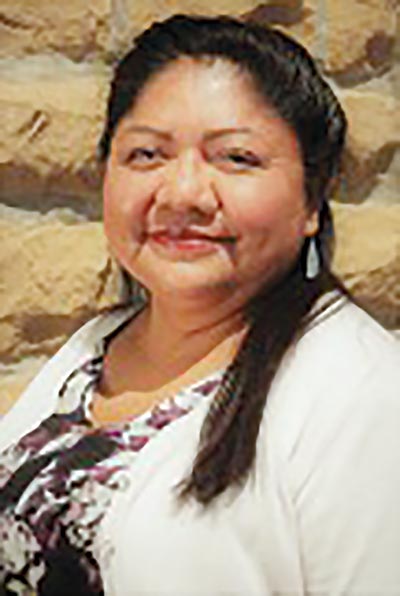 The Arizona Community Foundation’s Board of Directors recently elected Monica Nuvamsa, Mitch Menchaca, and Anthony Sharett to the board. The three new board members were elected during the board’s annual March meeting.

Board members serve three-year terms, renewable up to two times.

Robbin Coulon, chairman of the board, said, “These three individuals bring a significant amount of experience in all facets of business and philanthropy, including government, banking, and the nonprofit and arts sectors.”

Nuvamsa, Hopi, is the executive director of the Hopi Foundation. She is Oomaw’wungwa Water Cloud Clan from the Village of Shungopavi.

She served as an intergovernmental affairs liaison for the Hopi Tribe in her career. She later became program manager for the Morris K Udall Foundation’s Native American Congressional Internship Program in Washington, DC.

She currently serves on First Nation’s Development Institute boards and the Arizona Alliance for Nonprofits.

Menchaca was appointed executive director of the City of Phoenix Office of Arts and Culture in 2018. Sharett is president of Meta Financial Group and Meta Bank. 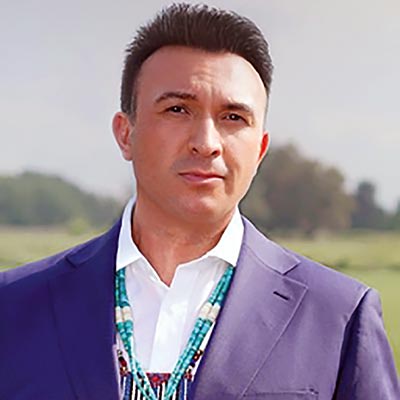 He is one of the campaign volunteers for the Kari Lake for Arizona Governor campaign. He also volunteers with the Blake Masters for U.S. Senate campaign and the Eli Crane for U.S. Congress (District 2) campaign.

“My father was the marching band director of Ganado High School before he retired as vice-principal of Wingate High School in New Mexico,” he said. “My mother was a special ed teacher.

“My cheii (maternal grandfather) was a code talker,” he said. “My aunts and uncles worked at Peabody Western Coal Company until they retired.”

Woestehoff went to school in Ganado and in St. Michaels. He earned a degree from Northern Arizona University while waiting tables, and he has a master’s from Georgetown University.

He moved to Washington, D.C., 16 years ago to be a communications professional for Native American nonprofits.

“Since June 2021, I have made many attempts to meet online or in-person with our tribal Council members and have sent numerous emails inviting them to speak with us so that we can hear firsthand the issues facing tribal nations and the Navajo Nation Council,” he said.

His candidates want to listen and respect tribal sovereignty, he said. Still, unfortunately, as of the last week of March 2022, he had not heard any responses from any Navajo Nation officials.

“We have had successful meetings with the Ak-Chin, White Mountain Apache, and the Inter-Tribal Council of Arizona” he said, “and I thank them for sharing their concerns and long-standing challenges.

“I have repeatedly heard that Republicans don’t want to hear from Indian Country, but that is not the case as we have made many attempts starting in June 2021,” he said. “Republicans understand sovereignty, local leadership, and family first values.”

He concludes, “We know that leading Arizona doesn’t just end in Maricopa County but extends to all rural counties, especially our tribal nations.”

Warren confirmed to AmeriCorps Board of Directors

WASHINGTON – Alvin Harlyn Warren, Santa Clara Pueblo, was confirmed March 25 to serve as a member of the board of directors of the Corporation for National and Community Service, the federal agency more commonly known as AmeriCorps.

Warren is the ninth Native American confirmed by the U.S. Senate under the Biden administration and will play a key role in setting policies and direction for the agency to carry out its mission of national service.

The AmeriCorps State and National program awards grants to states and organizations to engage individuals in paid service to address local, regional, and national challenges.

Sen. Ben Ray Luján, D-N.M., said, “Mr. Warren is now the second Native American to be confirmed in the board’s history. I look forward to working with Mr. Warren to ensure the board and agency are operating at peak efficiency and fulfilling their critical mission of national service.”

Lynn Trujillo, Cabinet Secretary for New Mexico’s Indian Affairs Department, said, “Alvin has dedicated his life and career to being of service to others. He will be a voice and advocate for Indigenous people and communities. I’m proud to call Alvin a friend and colleague, and I look forward to our work together.”