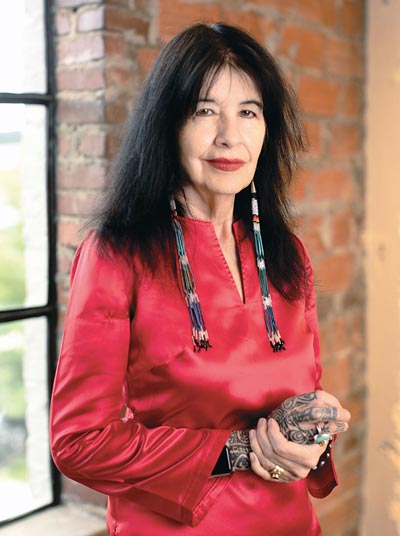 U.S. Poet Laureate Joy Harjo has been named the first artist-in-residence at the Bob Dylan Center in advance of its much-anticipated grand opening on May 10.

Throughout the course of her six-year appointment, the Tulsa native and member of the Muscogee Nation will present educational programs and live performances, as well as curate special exhibitions, at the center.

In response to her appointment, Harjo said, “When Bob Dylan stepped forward and made his path of song-making, poetry, and storytelling, a path that lit a generation, he opened a creative door for others to find their way to fresh invention and imagining.

“I am one of those who followed,” she said. “My residency will allow this legacy to be extended to the community, to encourage and share creativity. I am honored to be part of this new venture.”

According to Steve Higgins, managing director of the American Song Archives, which oversees the center, Harjo’s tenure as artist-in-residence helps further the center’s mission.

“As a poet, musician, playwright and author, Joy Harjo exemplifies artistry and brings light to the world through her work,” Higgins said. “The BDC’s programs and exhibits will explore the creative process and inspire the next generations of artists, and we couldn’t be more honored that Joy is playing such an important role in helping us to fulfill our mission and establish our future legacy.” 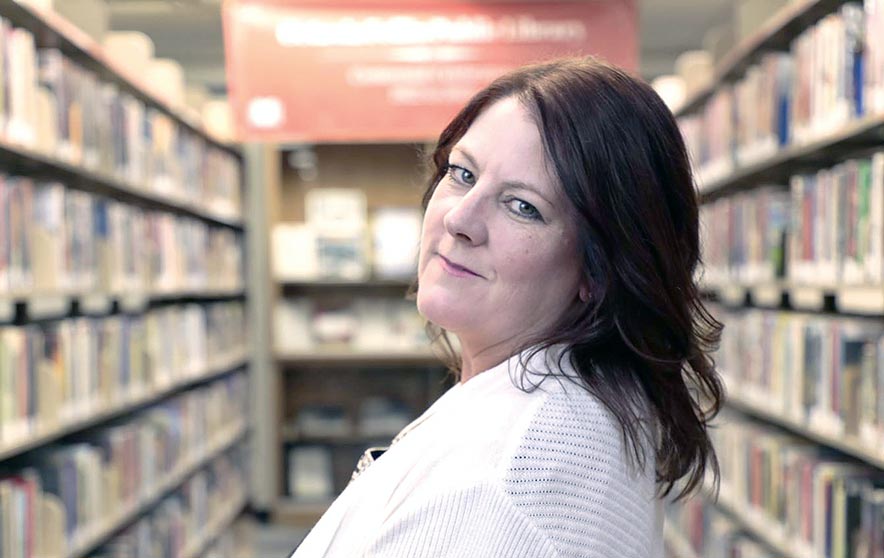 CHICAGO – Tammi Moe, director of libraries and museums for the city of Gallup, is a winner of this year’s I Love My Librarian Award.

Recognized by the American Library Association for the Octavia Fellin Public Library’s community engagement initiatives, Moe was selected from more than 1,300 nominations from library users across the country.

Moe and this year’s nine other honorees will each receive a $5,000 cash prize, a $750 donation to their library, and complimentary registration to ALA’s LibLearnX.

Moe has broadened the library’s programming and service reach beyond its walls to reach its majority-Indigenous American population.

Moe has promoted the library at festivals, health fairs, career days, and other local events by forging partnerships with other city departments and community organizations. The library’s program attendance continues to climb.

Through Moe’s efforts, the library has focused its programming on socially relevant issues, generational experiences, and opportunities for open dialogue.

Library programs have addressed a wide range of historically sensitive topics for the community, notably the involuntary sterilization of Indigenous women and the incarceration and murder of Indigenous activists.

The virtual award ceremony will take place during the conference at 3:30 p.m. (Central time) on Saturday, Jan. 22.