On April 29, Lashawna Tso was named the new executive director of the Navajo Nation Washington Office. 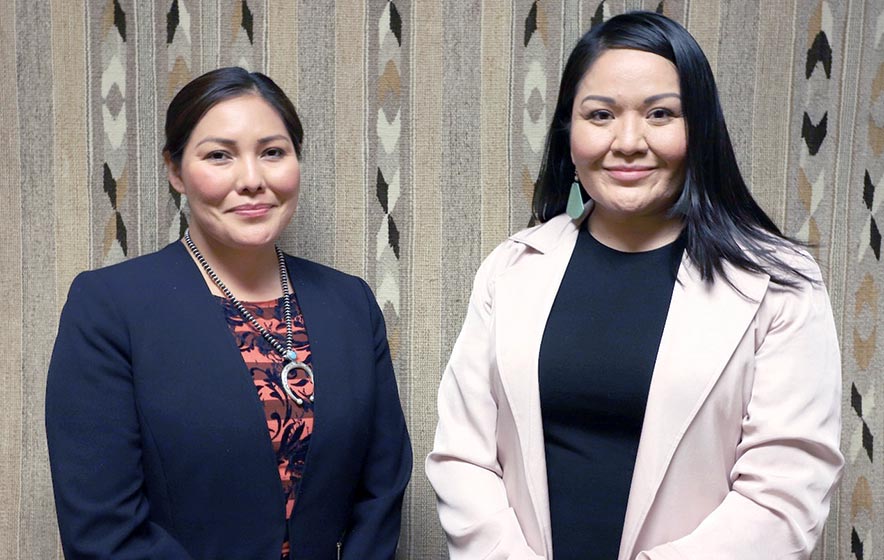 Courtesy photo
Santee Lewis, left, outgoing director of the Navajo Nation Washington Office, and the new director, Lashawna Tso, who will begin her duties on May 16.

Tso has a bachelor’s from Arizona State University and a master’s from Grand Canyon University.

She said, “Under the Biden-Harris administration, we have an opportunity to engage with our federal partners and members of Congress in a meaningful way.

“The Washington Office will continue to work hard to ensure the investments made by Congress will benefit our people and communities across Navajo,” she said.

Tso will officially begin her new job on May 16. 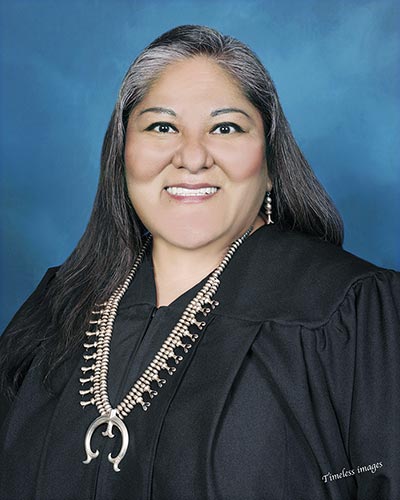 ALBUQUERQUE – Catherine A. Begaye is the new presiding judge of the Children’s Court Division of the Second Judicial District Court.

The court’s chief judge, the honorable Marie Ward, announced Begaye’s appointment on May 2.

Begaye was appointed to the bench in January 2021. At the time of that appointment, she was serving as a Children’s Court hearing officer.

During her tenure as a hearing officer, Begaye, a member of the Navajo Nation, helped launch the Indian Child Welfare Act Court. This was the sixth ICWA court in the country, and the first in New Mexico.

Begaye said, “I am honored by this appointment and I take on my new role with the full support of my fellow Children’s Court judges. I will continue to champion the collaboration with and between our justice partners for a safe community and strong families.”

Begaye takes the mantle of presiding Children’s Court judge from Ward, who had been serving in two roles since being elected chief judge in September 2021.

“I am very grateful for Judge Begaye’s hard work and her willingness to serve as the presiding judge of Children’s Court,” Ward said.

Begaye is a graduate of University of New Mexico law school, where she was editor in chief of the New Mexico Law Review and a dean’s award recipient for being a student who made outstanding contributions to the law school community.

Prior to joining the court as a hearing officer, Begaye was a defense attorney representing juveniles and adults in district and appellate courts. She also worked with children and families in abuse and neglect cases, and this was where she found her calling.

She is the chair of the Children’s Court Rules Committee, a member of the Tribal-State Judicial Consortium, a committee member of the National Council of Juvenile and Family Court Judges, and serves on many other committees that are committed to improving outcomes for youth and families in New Mexico.