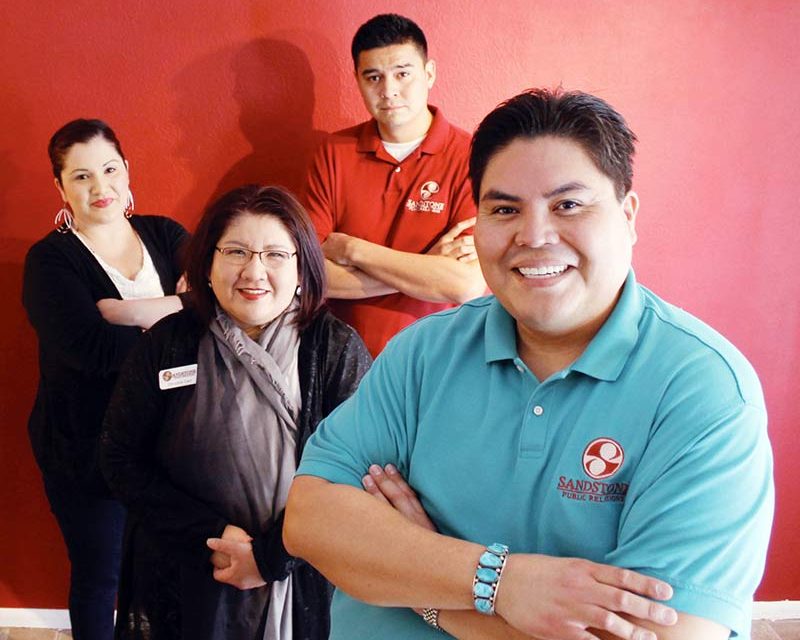 From being a communications guru to a Council delegate, Joshua Lavar Butler had no plans to waste the prose he developed over the years.

To further advance his skills, Butler launched a public relations firm called Sandstone Public Relations, named after how the porous rock absorbs the elements with its free-flowing nature.

Launched in 2010 with his wife Christina Carr, who serves as the chief financial officer, Sandstone has a steady client-base, already demanding a team of eight staff.

“Business is going very well,” Butler told the Times March 5. “A lot of our business has been entities reaching out to us wanting services.”

Butler, originally of Tuba City, but has his business based in Flagstaff, is a 38-year-old entrepreneurial.

Naturally, Sandstone, probably in part of Butler’s persona, is trending without much marketing. After all, Butler knows people, businesses and networks, which he built from being involved in state and tribal politics over the last 10 years.

“Throughout my years, I have developed skills for writing, publicity and public affairs,” Butler said. “Communication is key.”