Rhino Health’s glove manufacturing in Church Rock, New Mexico, is looking to expand as it is at the beginning of Phase Two.

In 2019, $19 million from the Síhasin Fund was given to the Division of Economic Development Project Development Department for the Church Rock Industrial Park Project’s Phase Two for tenant Rhino Health.

This international nitrile glove manufacturing company is currently operating a phase one manufacturing plant to produce latex gloves. The phase one and two facilities will offer as many as 200 to 300 new jobs and will use 100% Navajo labor to construct the facility. 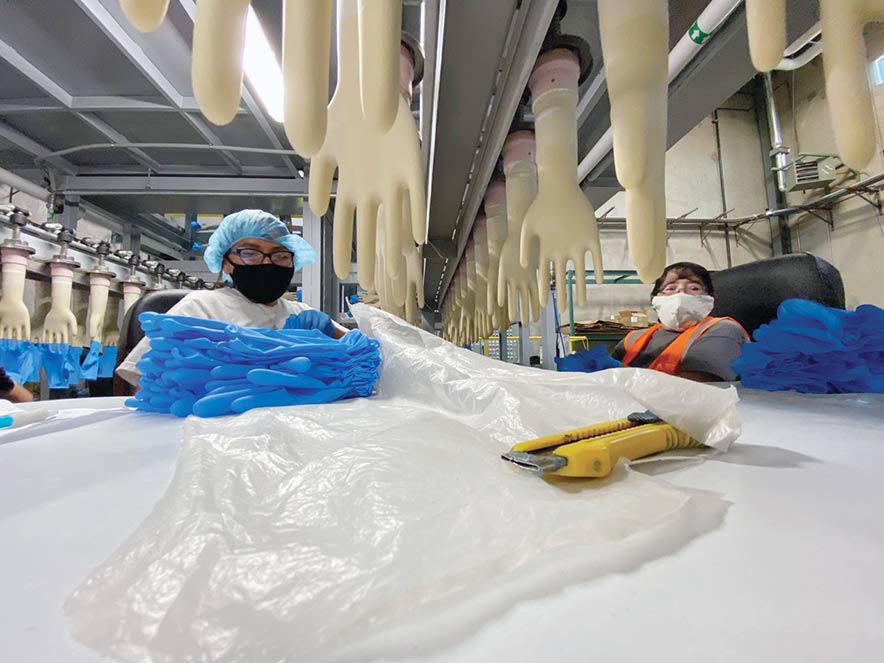 The appropriation will fund phase two of the construction, including infrastructure, which includes a manufacturing and warehouse facility.

“The city of Gallup and NTUA are not willing to obtain USDA financing to build a plant,” she said. “NTUA said they only have experience in operating domestic treatment plants only. So the plant will be operated by the tenant.”

B&F Committee member Nate Brown mentioned the $19 million and said these dollars were given like a grant and Navajo Nation’s investment wouldn’t be put directly back into the Síhasin fund.
“How is the Rhino glove manufacturing company employing our Navajo people?” Brown asked. “How much would it cost for this phase two?”

Begay-Platero said the $19 million is not a grant and the payback is in the lease and it states that rental payments would go back to the Síhasin fund.

These dollars were not given to Rhino health, she said, it was given to DED to build the structure for the tenants, which is Rhino Health.

Rhino Health has up to 35 employees in the 10,000-square-foot building it currently occupies. Is open 24/7.

“We will be the owners of the facility just like Raytheon,” Begay-Platero said. “Water consumption, according to the report, 290,000 gallons per day, of that 80 percent of that consumption will be reused through the waste water treatment plant to be reused again.”

B&F Committee member Amber Crotty asked that Rhino Health hire someone who isn’t too close with the company rather than Begay-Platero so the information they are receiving is not biased. She also asked for Begay-Platero to explain whether the Navajo Nation is receiving benefits from the lease payment.

The lease was approved in 2019 by the Resource and Development because the property is on fee land. The term is for 50 years and the rental will be $168,000 per year starting the fifth year, and this will go back to the Síhasin fund, explained Begay-Platero.

She also stated the tenant is investing $30 million of its own money for operating costs and equipment.

“This is an example of some of those projects where it’s a big opportunity and I know it takes time for its effect to take place,” said JT Willie, director of Division of Economic Development.

“In the long run, when you see the layout of what it looks like, it’s a good benefit for us.”