Diné College microbiology professor Shazia Hakim is looking into soils across the Navajo Reservation that could aid in fighting bacteria. 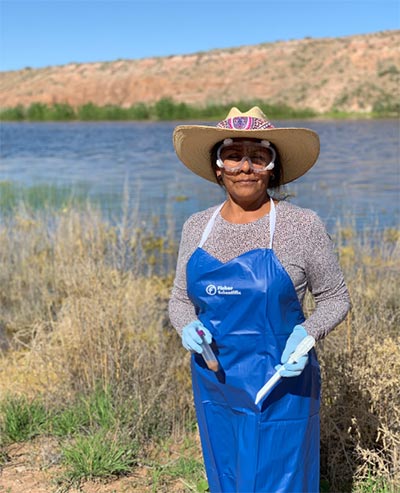 Her findings were recently published in the International Journal of Innovative Science and Research Technology.

The college’s School of Science, Technology, Engineering, and Mathematics is conducting a study to determine if soil from certain parts of the reservation hold antibiotic producer strains of bacteria or fungi that can be a promising source for the future.

Hakim said the soil samples used in this study were collected from various locations on the reservation, including Tuba City, Moenave, Rare Metals, and Moencopi Wash, from March to July 2019.

“Geographic location, weather, and especially temperature and scarcity of water and other nutrition in the soil plays an important role in survival capabilities of environmental microorganisms,” Hakim said. “We are hoping to find some good antibiotic producer strains of bacteria from the soil of deserted dry lands.”

According to the World Health Organization, the emergence of drug-resistant bacteria has developed into one of the biggest global threats and, if no significant action is taken by the year 2050, superbugs will kill more people than cancer and diabetes combined.

“Bacteria has the ability to constantly mutate and change their defense mechanism that can make the antibiotics ineffective,” Hakim said. “Additionally, incorrectly prescribed antibiotics, inappropriate and overuse and prescription of antibiotics without having correct culture and sensitivity results is contributing towards development of superbugs that are resistant to almost all available antibiotics.”

The study was conducted by undergraduate student Tina Du Puy as part of a National Science Foundation internship program managed by Donald Robinson and Perry Charley, with the STEM program. 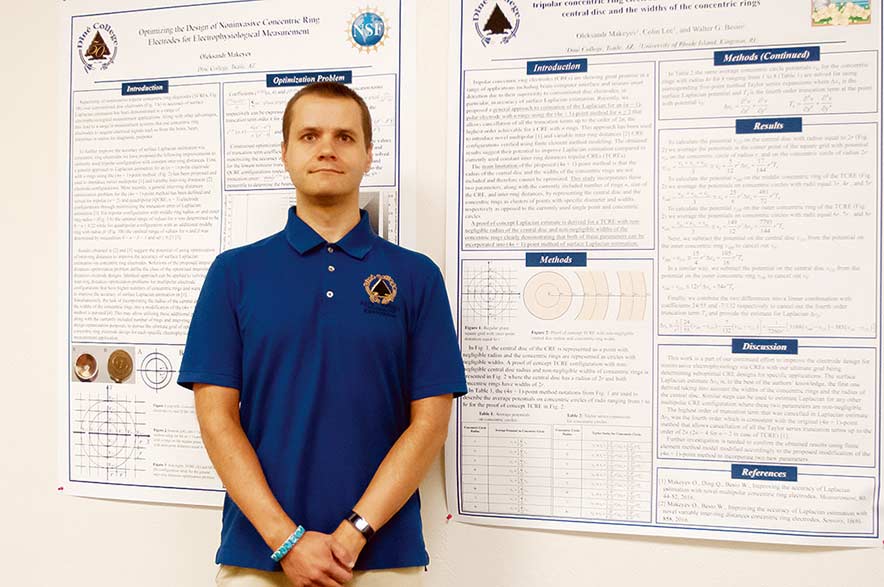 TSAILE, Ariz — A Diné College professor has received a patent from the U.S. Patent and Trademark Office for a tool that eases the diagnosis of disorders in the brain, heart, intestines or uterus.

The patent, “Concentric ring electrodes for improved accuracy of Laplacian estimation,” was issued on June 29.

It can be used for electrophysiological measurement, such as recording electric signals from brain, heart, muscles, intestines, uterus, etc., for diagnostic purposes, said Associate Professor Oleksandr Makeyev, who has taught math at the college since 2014.

Makeyev has a second patent application pending, as well as a third one in the preparation stages.

Makeyev has a Ph.D. in engineering science from Clarkson University. In 2014, after completing a postdoctoral fellowship at the University of Rhode Island, he joined Diné College.

He has authored and co-authored 77 scientific publications including 34 papers in peer-reviewed journals. In 2017, he was elevated to the rank of senior member of the Institute of Electrical and Electronics Engineers, the world’s largest technical professional organization. 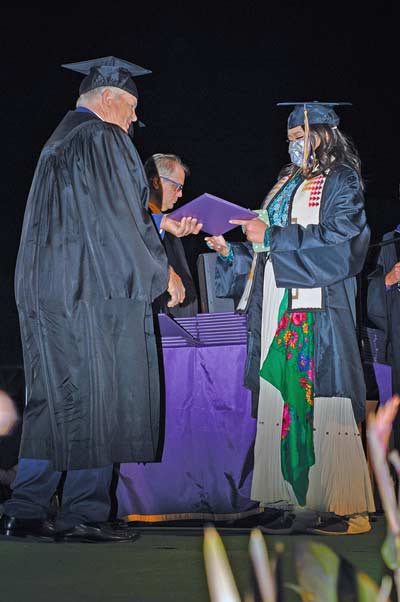 With social distancing in place, college faculty and staff, elected officials, and friends and families honored 533 students from EAC and its joint degree program with Arizona State University. 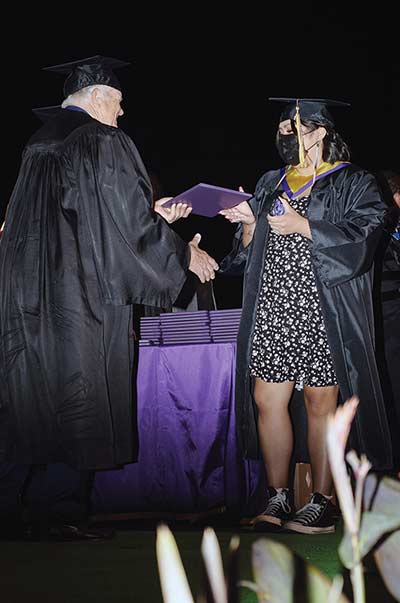 College President Todd Haynie said, “I’m proud to congratulate these students from Chinle. They continue a long tradition of successful students from this area. I wish them luck in their continued endeavors.”