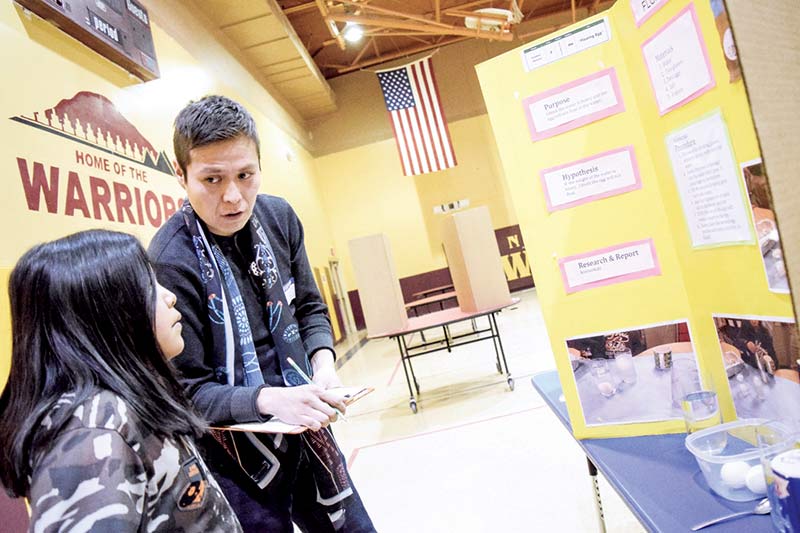 Gregory Hurley’s study shows that snow and at least 14 kinds of bottled water are no safer than tap water.

Hurley, 13, an eighth grader at Naatsis’áán Community School, spent nearly $60 on 36 different bottles of water for his award-winning science project titled “Drinking Water” and found that 61.1 percent of the water he sampled is OK to drink.

Because people tend to believe that bottled water is somehow healthier than tap water, Hurley decided for his science project to find out whether that is true or not.

There has been a consistent rise in bottled water consumption over the last decade. In fact, bottled water has overtaken carbonated soft drinks in consumption for the first time ever in the U.S. to become the largest beverage category, according to the Beverage Marketing Corporation.

The juggernaut that is bottled water consumption grew by 8.5 percent last year, the continuation of a years-long trend that also saw carbonated soft drink volume fall by 1.7 percent in 2016.

“I was wondering about all these bottles of water,” Hurley said. “Some of them are expensive.”

Using three different pH test kits, Hurley measured the concentration of hydrogen ions – an atom or molecule that has gained or lost electrons, and thus has a negative or positive charge – in the 36 bottles of water.

The pH scale measures the concentration of those charges, assigning them a value from 0 to 14, Hurley explained.