Guest Column: Chief justice cannot do what he wants, interpret laws to his convenience 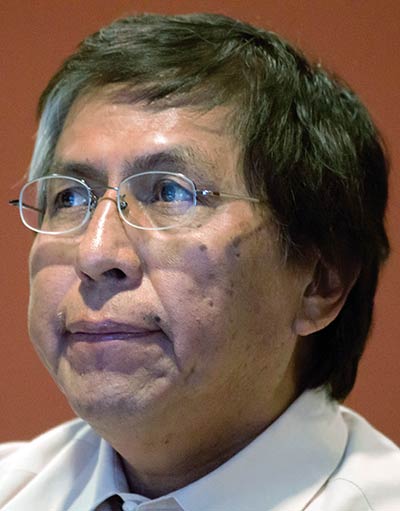 Navajo people and its government have been going through changing times – and they have been adapting. In 1989, after a governmental crisis, Navajo Tribal Council reorganized and turned its name into “Navajo Nation Council” as part of a new separated powers government set-up. That has lasted to now. Today, the 2014 election crisis has caused Navajo Nation government to be challenged again.

Many officials, including myself, patiently waited thinking that we have laws and a judicial system that will resolve the matter based on precedents and Navajo Nation statutory laws. Rather than resolving the election matter, it has ballooned into confrontation between the branches of Navajo Nation government and the aggrandizement of power to the judiciary branch. Navajo Nation Council responsibly sent letters and requests to Chief Justice for him to come to the legislative house and explain to the Council the basis of his decisions so there may be some form of an understanding. The requests were ignored or rejected by the chief justice. In its court pleading, the Council asked once again to “talk things out” as a way of practicing the Navajo method of peace-making. That request was also rejected.

Further, the new order usurps the powers of Navajo Nation Council, its budget and finance committee and the Office of the President. All three are required to expend Navajo Nation public funds. Here, we have one office without any authority to expend Navajo funds — Navajo Nation Supreme Court — is appropriating funds and causing Navajo employees to violate Navajo laws in the pursuit of carrying out such a command. In their motion, the Jordan/Jones team said, “Enough is enough.” I agree for a different reason.

Chief Justice Yazzie cannot be allowed to do whatever he wants by interpreting Navajo laws to his convenience in derogation of precedents, the clearing meaning of Navajo Nation statutory laws and usurping the powers of the other two branches of Navajo government. He cannot be allowed to walk all over Navajo Nation laws or redefine them to his liking. I looked to the teaching of 1989 Title II Amendments Resolution in Res. CD-68-89, which taught “a government structure which allows too much centralized power without real checks on the exercise of power allows for, invites and has resulted in the abuse of power.”

The exercise of powers in a separated powers government is not a one-way street. Judiciary branch or courts also have to be held accountable. If court decision(s) is without foundation or illogical or is against precedents or against written laws or is not understandable or is overreaching or is depriving due process rights of citizens or is aggrandizing, then it is incumbent upon the other branches of the government to act. Not doing so only invites further abuses, frictions, uncertainties, hurt, divisions and the darkness of the Doctrine of Ma’ii-ness to dwell. I hope the Council will soon perform a major judicial reform as to allow the Navajo people to have a say by means of a judicial-retention elections.

It is my position that the best way to resolve our current election crisis and to address disenfranchisement is to allow the Navajo people to re-vote. I have no interest in which candidate gets elected. All I want is to apologize to Navajo voters for having their votes thrown out and for them to re-vote and give us an elected president that will not be deemed to be non-legitimate.

Further, the removal legislation is not of my own volition. A majority of Navajo chapters and agency councils (55 chapters and 3 agencies) have passed resolutions requesting the removal of chief justice or judicial reform (including 3 chapters that I represent). It would be a dishonor to Navajo participatory democracy to ignore such high number of requests from Navajo communities. And, I thank them.

Despite the election abnormalities, Navajo Nation government is doing well, under the circumstances, thanks to the Navajo Nation Council and the Office of the President. The $554 million settlement and a Gaming Compact Agreement with New Mexico were recently achieved.

We are saddened by our fallen police officer and our prayers go out to the family (I trust Navajo Nation Council will soon develop a trust fund to take care of the educational needs of the children of fallen Navajo police officers).

May the Creator continue to bless our homeland. Ahéhee’.