Guest Column: Give Gallup's 'Drunk Brigade' something to do besides drink 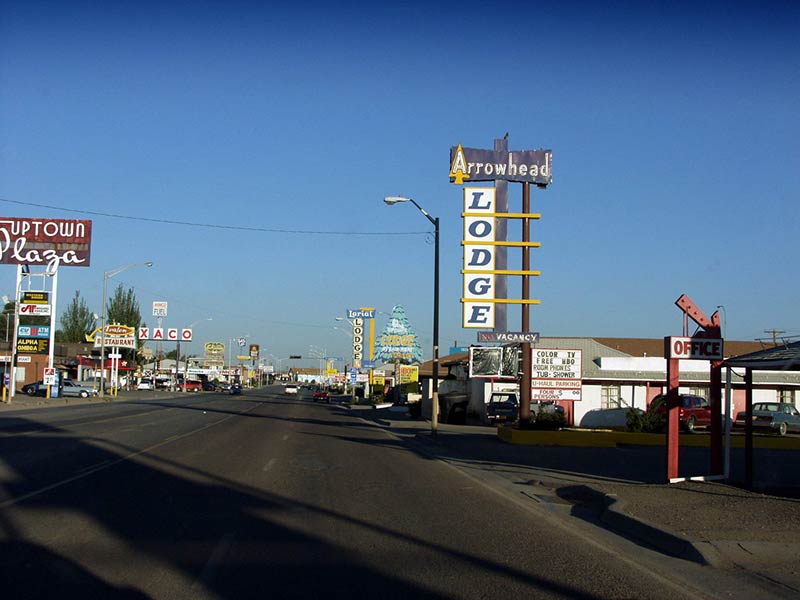 By Duane A. Beyal
Special to the Times
They walk alone, with a friend or in a group along the street. Often they stop by a street corner, a tree, a hillside or in a ditch, talking and laughing.
They look like they could use a shower and a change of clothes. They come from anywhere on the reservation that surrounds town.
One morning, I counted 15 walking along south Second Street in Gallup, some heading south and some north. On my way to the library or the post office, I pass them as they walk towards home, the next gathering, the next bar or liquor store, the next drink.
Most return a greeting with a “good morning,” “ya’atééh” or a wave. Some pass with an expressionless face. Others ask for spare change. A few offer a drink. Only once did one angrily grab the front of my jacket, yelling while his girl shushed him and led him away.
But most are friendly and civil. Add 15 for the four directions into and out of town, and you have 60 people. Multiply 60 times 6 (the streets are usually empty on Sundays) and you have a total of 360 people per week.
One day at Rio West Mall, an older Anglo man was approached by one of the street people who asked for money. The old guy responded, “Why don’t you get a job?” The Indian did not respond and just stood there holding his hand out. “Why don’t you get a job?” the Anglo persisted.
In the March 16 issue of Sports Illustrated, a story about George Foreman was featured in its Pro-files section. Foreman, the former heavyweight boxing champion of the world, spoke of his life after boxing. He espoused the joy of working and making money, saying, “Don’t ever stop earning.”
Foreman’s face and name are used to sell cooking grills and he’s had endorsements with Nike, Doritos and McDonald’s. He says he will “never say no” to offers to do commercials or corporate speaking gigs.
“The best thing that can ever happen to a human being is a job,” Foreman said in the conclusion to the article. “You don’t have a job, you’re going to die!”
Some of the 360 street people per week who walk the streets of Gallup found a little work. After the last snowfall, I saw a few shoveling snow from the front of stores. Never mind for what they used the small change they made, but their entrepreneurial spirit was, however vague, evident.


In an effort to give the street people something worthwhile to do, perhaps this spirit can be tapped. They could be rounded up each day like the protective custody police vans that pick them up and take them to the detox center. Give them shovels and rakes and send them around town to remove snow from storefronts and sidewalks. Spring is beginning and they could work on the sand the winds bring. Have them pile and burn tumbleweeds.
This “drunk brigade” would give the guys something to do for which they get paid. This could change the mindset of a few who may turn to longer term jobs.
You can picture the straggly group of guys suddenly transformed into platoons marching together with shovels and rakes poised like rifles on their shoulders. They could be issued yellow T-shirts that say “drunk brigade” – yellow so as not to be confused with the orange coveralls of prisoners.
Send them to clean up garbage at any place in town. Send them to the ditches and hillsides to pick up empty bottles of vodka and other drinks favored by drunks.
At the end of their shift, they will take their pay and wander off to the places of their choice to sit with other guys and sip their drink, also of their choice.
At least the mess – the garbage and the rubble – at the sites they had worked on that day would be clean.
While only a Band-Aid fix to the perennial problem of street people, at least this would make use of their minds and muscles. Instead of the daily walk of wasted lives and wasted time, they may find, temporarily at least, a taste of work and production.
Like brotherhoods everywhere, they may even feel proud to wear the yellow T-shirt and to belong to a group called the drunk brigade.
This brigade and the job they do can be a role model. We could see executive staff from the mayor’s office or the Navajo Nation parading around in yellow shirts.
The entire 24-member Navajo Nation Council would look busy and accomplish cleanups at a variety of sites, resting at break time with a drink of water with their yellow shirts bright in the sun.
It would begin on the streets with Eddie, Spanky, Ben, Shawn and many others. Maybe Al, Joseph and Ron would pitch in.
Just think of the calendars their photographs would produce.