Guest Column: What’s next? Back to Schoolhouse Rock 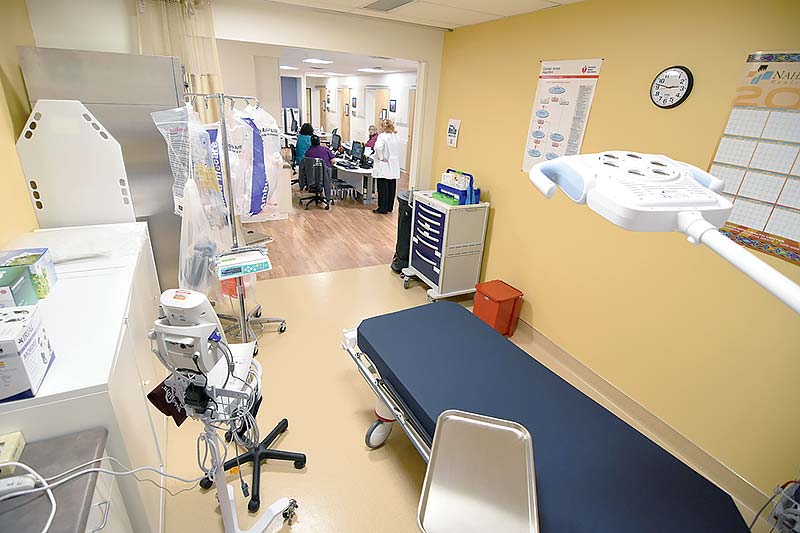 Senate Republicans campaigned against “Obamacare” for seven years. Yet there was never an alternative that had support from a majority of their own party.

The problem is simple: Many (not all) Republicans see health care programs that help people – the Affordable Care Act, Medicaid, etc. – as welfare.
Others look at the evidence and see these programs that are effective: Insuring people, creating jobs, supporting a rural economy, and actually resulting in better health outcomes. Evidence-based success stories.

Of course Indian Country is squarely in the middle of this debate. Congress has never even considered, let alone acted, to fully fund Indian health programs. But the Affordable Care Act basically defined the Indian Health Service (and tribal, nonprofit, and urban operations) as health care delivery vehicles.

And one way to pay for that delivery was by providing health insurance through an expanded Medicaid, no-cost insurance that tribal members could get through exchanges and employers. The ACA with all its faults sets out a plan to fully fund the IHS.

That’s the challenge now. Making sure that every American Indian and Alaska Native has insurance of some kind. Because of what happened (or, more accurately, what did not happen) in the Senate last week the money remains on autopilot. If you are eligible, the funding is there.

Yet the uninsured rate for American Indians and Alaska Natives remains high, as a Kaiser Family Foundation report noted a couple of months ago.

“The Affordable Care Act’s Medicaid expansion provides an opportunity to enhance this role by increasing coverage among American Indians and Alaska Natives and providing additional revenue to IHS- and Tribally-operated facilities,” The Kaiser report said. “In states that do not expand Medicaid, American Indians and Alaska Natives will continue to face gaps in coverage and growing inequities.”

This is a problem that will grow because of congressional inaction. Nineteen states including Oklahoma, South Dakota, Wisconsin, Wyoming, Idaho, Kansas, Nebraska, Florida, and Maine, have rejected Medicaid expansion.

So a tribal citizen in those states gets fewer dollars for health care than some Indian health patients in North Dakota, Montana, Alaska, Arizona, New Mexico, or any other state that took advantage of the expansion.

This is the what’s next? How does the country manage this divide, especially in Indian Country. (And, just as important, we also need to see the gap measured. What are the differences in treatment and outcome between Montana and Idaho or North Dakota and South Dakota? Data, please.)

This is critical because under current law, third-party billing (including Medicaid) remains at the local service unit. There is now a funding inequity that needs to be addressed by state legislatures.

Recently Rep. Tom Cole, R-Okla., said he knows these states and they won’t expand Medicaid. (Back to the welfare, thinking.) I hope not.

The Trump administration recently made it easier for states to get a 100 percent reimbursement for Indian health patients (enticing South Dakota to reconsider joining the ranks of expansion states).

So it’s possible, and a challenge, to make sure that the law is implemented, and that innovation continues.

The ACA gives much power to an administration to a state to change the rules. You will see a lot of that now. Indian Country needs to keep a sharp eye on that process and raise objections if the result is unsatisfactory.

So why did the Senate bill fail? Sure, full credit should go to the heroic stands by Sen. Susan Collins, R-Maine, and Sen. Lisa Murkowski, R-Alaska. From the very beginning of the debate they were the party advocates for a Medicaid system that does produce better health care outcomes.

And Alaska is a great example of that because nearly a quarter of the state’s population is served. This is how it should be across Indian Country and the nation.

And, of course, there was Sen. John McCain’s dramatic late night thumb’s down. The Arizona Republican was a no vote when it counted.

But that’s not why the bill failed. Fact is it’s remarkable that such nonsense got so far. It’s inconceivable that a plan was written at lunch the day before the vote.
The bill failed because the Republicans, as a group, do not know where they want to lead the country on health care. They know they don’t want Obamacare (even though it’s based on conservative, market-based ideas).

They sure as hell know they don’t want universal health insurance, either Single Payer such as Medicare for All or a government health service like Great Britain’s.

Yet when I listened to the debate so many of the complaints about insurance and costs could be solved by such a path. The problem here is that the United States made a huge mistake with employer-based insurance and that left out people who work for themselves or small businesses. The only way to fix that is a large pool of people spreading the costs, so that healthy people pay for sick people. The ACA tried to do that with mandates. Most countries accomplish that goal with universal insurance.

Another factor in the Republican plans – and another reason for the bill’s failure – is their absolute certainty in a market-based solution. Health-care delivery and free markets do not play well together.

The proof of that is simple: How much is an empty hospital bed worth to a business? Yet that should be the goal. And how much is it worth to a hospital-as-a-business to help a patient not need surgery? What market incentives are there for people to eat better?

Seven years ago, when I started writing a lot about health care, I did so because I saw the IHS as a fascinating example of government-run and managed health care. As we began this debate, I thought, let’s figure out what works and what needs work.

But I was way wrong. IHS is no longer only a government-run system. Much of the agency is now a funding mechanism for tribal, nonprofit, and urban operations. And that’s where so much of the innovation and excellence in Indian health exists. We need to do more about what’s working and why.

Yet Congress (and the public narrative) continue to think of an IHS that no longer exists. At least entirely.

This might be a moment to focus on the latter part of what the agency does, improving the flow of funds, and adding more of our people to insurance rolls.

Third-party collections now account for about $1.8 billion out of the IHS’ budget. The dollars Congress appropriates is $4.8 billion. The third-party portion can grow through more insurance coverage. The appropriations side will require hard fights in Congress and the outcome is uncertain.

Back to the Senate. Texas Sen. John Cornyn, a member of the Republican leadership, joked that perhaps it’s time for a new way of doing business.

“I guess we ought to go back to Schoolhouse Rock,” he said. That’s been a clear message from both Republicans and Democrats throughout this messy project.

Get a bill. Hold hearings. Let a committee debate alternatives. Then let the bill come to the floor. Regular order. Schoolhouse Rock.

Mark Trahant is the Charles R. Johnson Endowed Professor of Journalism at the University of North Dakota. He is an independent journalist and a member of The Shoshone-Bannock Tribes. On Twitter @TrahantReports.