Within my short time working for the Times, I have learned a lot about the Navajo Nation despite being Diné and living within the Nation for most of my life.

I started my new job as reporter for the Navajo Times in September. It was an opportunity I had originally turned down in hopes of finally leaving the Nation. 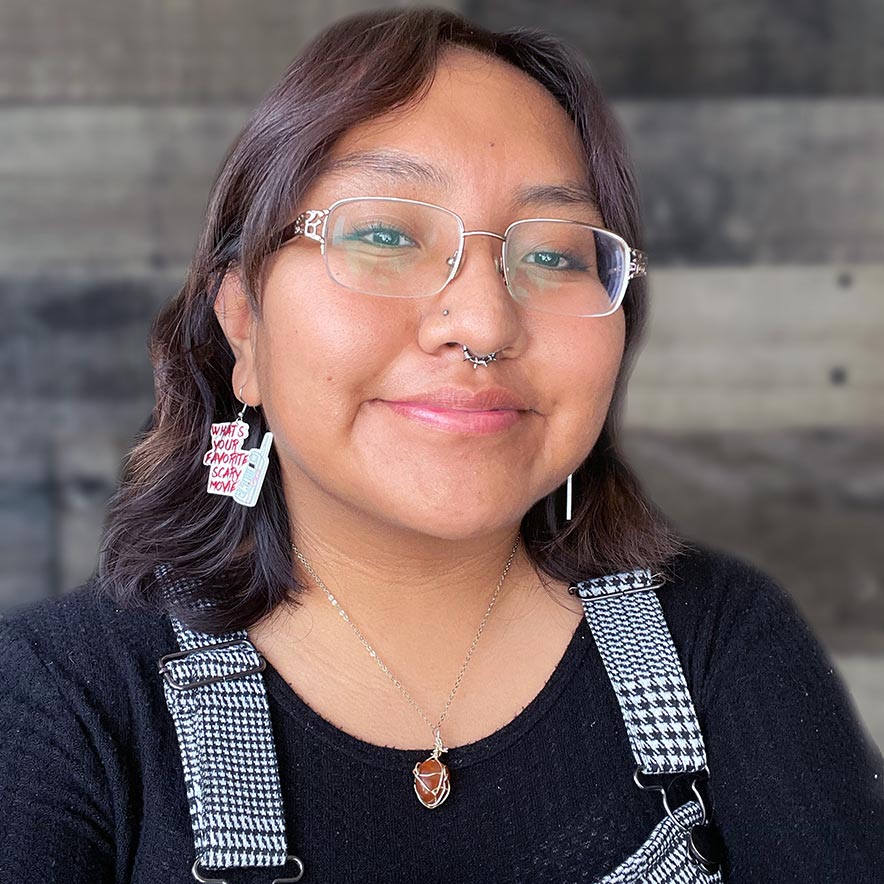 However, leaving the Nation did not work out for me.

Shortly after graduating from the University of New Mexico with my bachelor’s in May of this year, I applied and received a job with the Rio Grande Sun as a city reporter in Española.

I moved to a studio apartment in Santa Fe to make the drive easier and began working at the Rio Grande Sun in early June.

My days from Monday through Friday consisted of waking up at 6:30 in the morning and getting ready for my day. I would then begin my 30-minute commute at 7:30 to make it to work on time.

After spending most of my day at a desk, sometimes leaving to conduct interviews or take pictures, I would begin my drive back at 5 in the evening. Once home, dinner was made, and I relaxed until it was time for bed.

I was stuck in a routine, and I quickly became tired of it since I did not have any friends or family immediately near me for support or to break me out of the routine.

Shortly after, I became homesick and could not financially support myself due to the expense that came with living alone in Santa Fe.

While attending UNM, I also experienced the struggles of missing being home. However, it was different because I lived on a floor with other Diné students when the Navajo Nation living-learning community was still available.

I also met and became friends with two of the most important people in my life, Sharon and Deia, while at UNM.

I did not have this emotional support while I was in Santa Fe. Both my friends were still in Albuquerque and my family was here in the Nation.

I missed being around other Diné, I missed the feeling of knowing I was home and feeling like the land knew me. Instead, I was in a strange place.

I began speaking to my friends and my mom about my options. Sharon reminded me that Tom Arviso, publisher of the Times, reached out to me when I graduated. She also told me the paper was looking for someone to fill a reporter position.

I turned in my two weeks at the Rio Grande Sun with no set plan on what I would do if I was unable to receive a job with the Times. I still tried my luck and immediately called Tom and inquired about the job.

I was told to turn in my application and all needed paperwork. I did and had a job interview set. The day of the interview was only three days after I moved home from Santa Fe. I was offered the job the same day and accepted it.

Since that day, I have loved everything about my job, even when the Council meetings run into the evenings.

My main beat as a reporter with the Times is the Navajo Nation government.

Before this job, I did not know much about the details on how the government operated and I am thankful that I have learned more about it and I am continuing to learn.

As of right now, I am still getting the hang of trying to keep up with the many meetings that occur during the week.

I am also thankful for being given the opportunity to watch these meetings and to inform my people of the current legislations that are making way through various entities.

Despite my main beat, I do not just attend meetings and only talk to government officials. I have had the opportunity to speak to so many different people in my short time here.

Some of my favorite and most fun stories to write consisted of speaking to Native TikTok creators, Native jewelry artists, and the new Miss Navajo Nation.

I loved speaking to each of these individuals and being able to help tell their stories and how they are making changes in their own communities.

However, there are also the stories that are important for the public to know but they are difficult to write.

In early October, I reported on a missing and murdered Indigenous women rally in Albuquerque.

Throughout this day, I spoke to many different attendees. Many of them were directly impacted by the MMIW epidemic.

In some cases, I could feel their hurt and I cried with them, I consoled them to the best of my abilities.

When it comes to stories like these, it is very hard not to let it take an emotional toll on you when it hits close to home. However, I am very thankful and humbled to help tell their stories.

I can only hope that I continue to give other Native people this opportunity and I can continue to raise awareness in situations like this. This is one of the reasons I wanted to become a journalist in the first place.

I want to help tell the stories of my people, the happy and the sad, and I want to be able to help bring awareness to Native issues that are largely brushed under the rug.

So far, I think I am on my way to accomplishing that.

I also would like other young people to know that it is not a bad thing if you move back to the reservation after moving off reservation. It is not a sign of your lack of success, that is a large misconception that I also held.

In my own experience, I have learned that I am happier when I am home and surrounded by my people and my family and friends once again.

Maybe one day in the future, I will be able to move off Nation again.

For right now, I am content and happy where I am and I would not change it for anything.