2014: A year of unfinished business 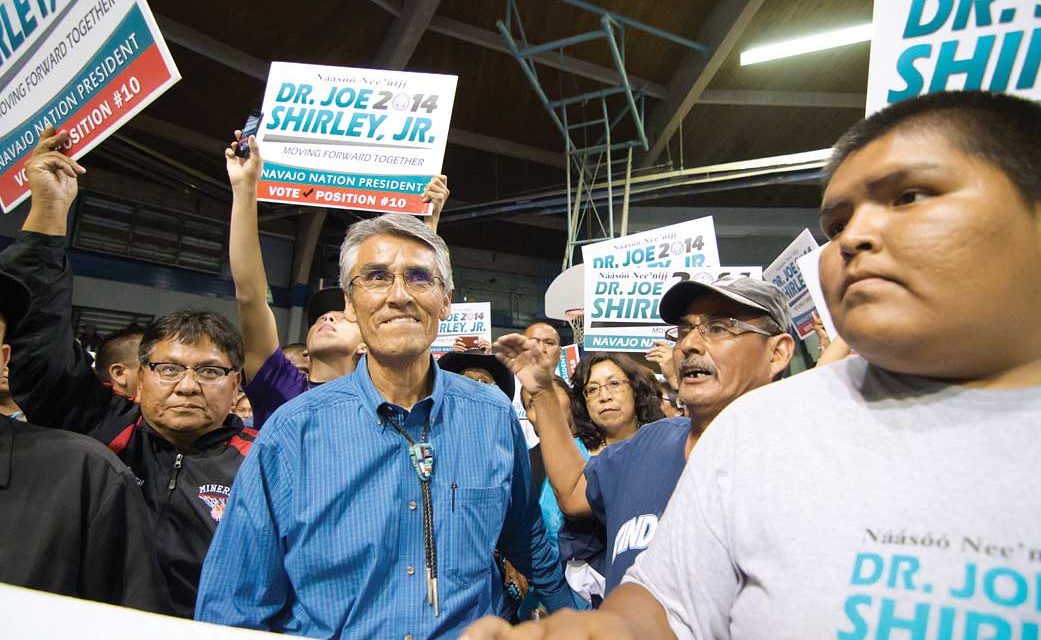 A long-time politician stepped down; the youth stepped up, or at least tried to.

Chris Deschene, waves to his supporters  after making a brief stop at his campaign headquarters in Window Rock. Deschene reiterated that his name was still on the ballot and to continue voting. (Times photo – Donovan Quintero)

Poverty and unemployment persisted, but there was a ray of sun on the horizon in the form of a $554 million settlement from the federal government and a new oil and gas boom on the eastern side of the Rez.

A spotlight shone on culture as a promising presidential candidate was thrown out for failing to prove he could speak the Navajo language, while a Diné led the charge against an offensive sports team mascot, and a delegation from the Navajo Nation traveled to Paris to rescue some yei bi cheii masks from the auction block.

What does it mean to be Navajo? Is the “Redskins” name too offensive to stand? When will the presidential election be held? What will the tribe do with the $554 million? Will a $120 million development take shape at a sacred site? Will aging power plants that buy Navajo coal and employ Navajo people survive stringent new environmental rules? And how is the tribe stacking up as the proud new owner of a coal mine?

If anything was certain in 2014, it’s that the year ended with a whole lot of unfinished business.

Here, in David Letterman-style reverse order — and come to think of it, there’s a guy we won’t be hearing much from after 2014 – are the Navajo Times staff’s picks for the top 10 news stories of 2014. As you can see, most of them are ongoing. Stay tuned for 2015.

For the rest of the list, pick up a copy of the Times …