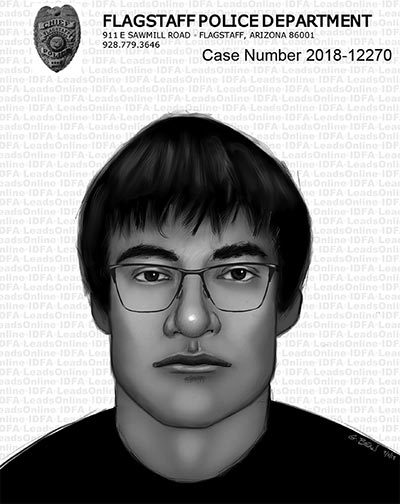 Submitted
An artist’s rendering of the man suspected of kidnapping a woman in Flagstaff.

Police in Flagstaff are seeking information about an alleged kidnapping and sexual assault suspect, who kidnapped an 18-year-old woman on the night of Sept. 10.

Runge added the woman was attacked as she was walking down the stairs at her apartment complex. The suspect then dragged her into a wooded area. There, police said the woman fought the suspect, who eventually released her.

The man is described as being six-feet-tall, with a heavy build and medium length hair. He was last seen wearing squared prescription glasses, a black shirt and blue jeans.