Grijalva: ‘The fight’s not over yet’ – Grand Canyon protection bill would permanently ban mining 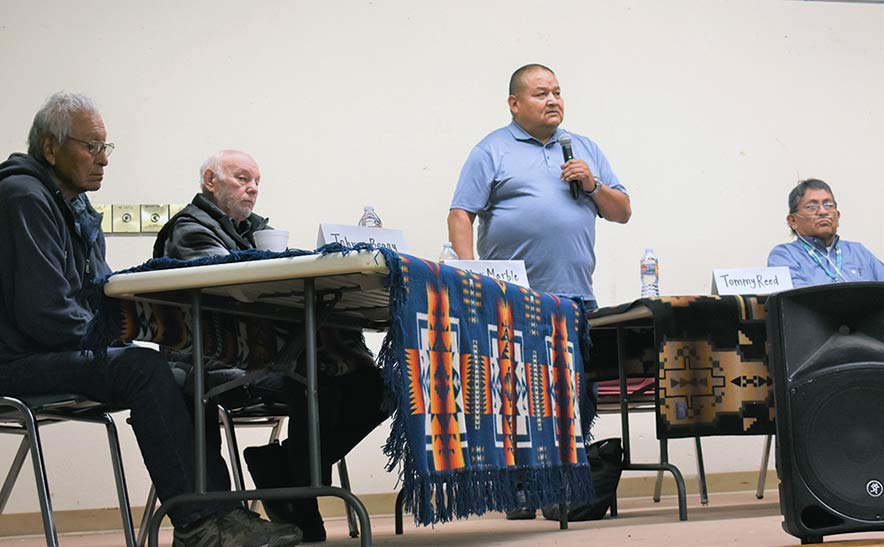 A bill that would permanently withdraw and protect over a million acres of public lands at and around Grand Canyon National Park from new uranium mining and mineral extraction passed the House 236-185 last week.

The act (HR 1373), sponsored by Rep. Raúl Grijalva, D-Ariz., aims “to protect … the watershed, ecosystem, and cultural heritage of the Grand Canyon region.”

Grijalva’s House bill would make permanent a 20-year mining moratorium that was put in place in 2012 by then-Secretary of the Interior Ken Salazar to protect the Grand Canyon watershed from “adverse effects of locatable mineral exploration and development.”

Grijalva, who says he’s been working on this issue for over a decade, believes passing this legislation through the House is a historic victory.

He acknowledges that none of this would have happened without the strong advocacy by Navajo, Havasupai and Hopi leadership who were “critical” to the process and advocated for protecting the Grand Canyon, considered a sacred site rich with cultural resources, for decades.

Supporters of HR 1373 point to the toxic legacy left by over 500 old uranium mines on the Navajo Nation that have impacted generations of miners and their families.

Grijalva said that the uranium miners’ forum in Window Rock last month had a big impact on him. When he heard directly from the survivors of uranium mining on the Navajo Nation about generational impacts, the cleanup that still hasn’t happened, and abandoned mines that remain a source of contamination and danger, it solidified his resolve to do the right thing, he said.

“For the Navajo people, this measure is more than just a political battle or a fight over differing views – it is a fight for life,” said Nez. “It’s a fight to bring closure to a long and devastating history of uranium mining on the Navajo Nation.

“While the Navajo Nation has a moratorium on uranium mining in place, the Grand Canyon Centennial Protection Act takes a step further in protecting our homelands from further devastation,” he said.

A risk of veto

Economically, the Grand Canyon is also recognized for drawing in billions of tourism dollars to the region, far more than mining revenues do, says Grijalva.

Opponents of the bill say mining jobs are still needed for economic development and suggest that new technologies are not as hazardous to health and safety and don’t pose a threat to the Grand Canyon.

The bill is now in the Senate awaiting companion legislation to be produced, said Grijalva, who is hoping one of the U.S. senators from Arizona, i.e., Democrat Kyrsten Simema, will file a bill, which he recommends be identical to the house bill.

However, even if the legislation passes, President Donald Trump may veto it, since his administration has been on a mission to reduce regulations, promote energy development and mining, and re-evaluate the production of nuclear fuels.

Uranium is included on the Trump administration’s list of “critical minerals.”

In an Oct. 18 statement from the U.S. Office Management and Budget, the Trump administration said it “strongly opposes the Grand Canyon Centennial Protection Act:” and that if HR 1373 were presented to the president his advisors would recommend he veto it.

The statement says development of the nation’s mineral resources is essential to ensuring America’s geopolitical security and Grijalva’s bill would “not help achieve that goal.”

“This bill would permanently make more than one million acres of federal lands in Arizona off limits to development and uses that would otherwise be permissible under federal laws governing public lands, mining, mineral, and geothermal leasing,” OMB said.

“The administration opposes such a large, permanent withdrawal, which would prohibit environmentally responsible development, as determined through site-specific analysis, of uranium and other mineral resources,” the statement says.

Grijalva says it would be “a huge mistake” politically for U.S. senators, in terms of conservation and water protection, not to deal with questions of the consequences of mining at the expense of promoting “profit and greed.”

The bill is backed by a number of regional and national environmental groups.

“As one of the seven natural wonders of the world, Grand Canyon deserves permanent protection,” said Matthew Nelson, executive director of the Arizona Trail Association, in his statement supporting HR 1373. “The potential rewards of uranium extraction do not outweigh the risks to land, water, human health, and the legacy of the Grand Canyon region.”

Grijalva concedes, however, that the mining companies are powerful and fund political campaigns.

“The fight’s not over yet,” said Grijalva. “As much as the Trump administration seems to be in the mining industries’ back pocket, this is an issue that should transcend politics.”