Hale remembered for his warmth, leadership 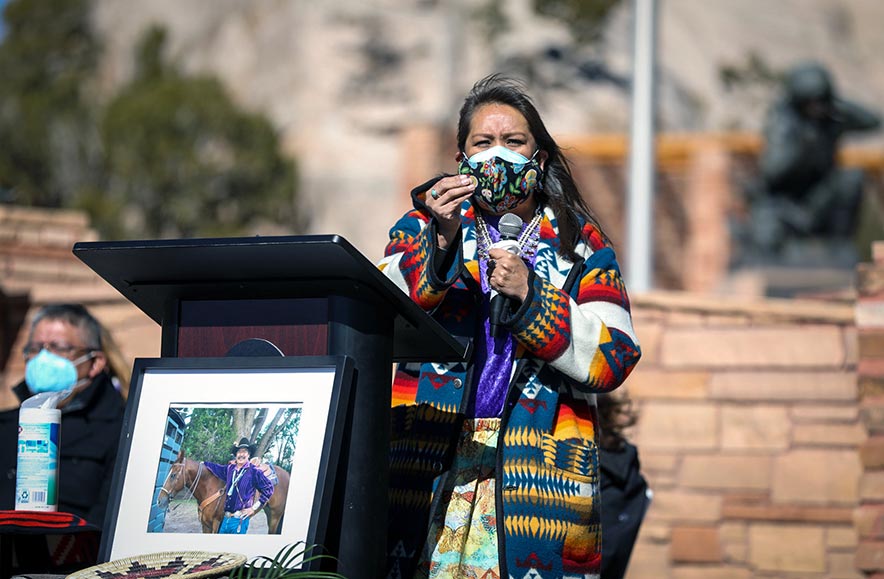 Kind, compassionate, fearless, traditional, visionary … these are some of the adjectives applied to the late Albert Hale at his memorial service in Window Rock Friday.

But his wife, Dr. Paula Hale, said he also had a “silly” side.

On a recent trip to Italy, she said, the couple was touring the Pantheon when “somebody started playing Elvis.”

“He grabbed me and we started dancing,” she recalled.

Hale was “one of the leaders we looked up to in the early part of our leadership,” said Nez, with Lizer adding, “We can all stand on his shoulders and see a bit further.”

As only the second man to hold the title of president after the transition to a three-branch government, “He laid the foundation of the current government,” said Tso. 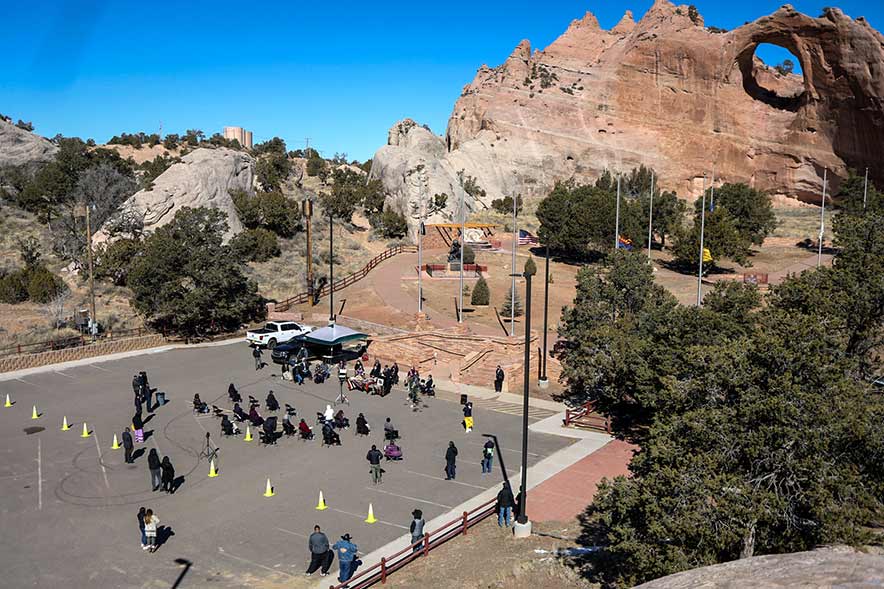 Navajo Times | Sharon Chischilly
A socially distance smattering of family and friends attended a memorial service for former Navajo Nation president Albert Hale on Friday, but more than 1,500 watched the service as it was livestreamed on Facebook and YouTube.

Tso said he was working at Louis Denetsosie’s legal practice when Hale, fresh from law school, joined the firm.

“He and Louis explained many of the legal precepts to me, in Navajo, at my level so I can comprehend,” he recalled. “Without him spending the time with me, I would have gone back to cabinetmaking or maybe even sheepherding. Instead I spent over 20 years practicing law.”

Hale’s daughter April Hale said she’s been hearing many such stories of how her father mentored others during his 70 years on the planet, along with his “strong handshake” and “bear hugs.”

“They help to heal some of that grief we are feeling,” she said to a small group of family and friends gathered at Veterans’ Park — and a Facebook audience of more than 1,500.

Several speakers mentioned that Hale, who died Feb. 2 of COVID-19, had sacrificed himself by remaining in public life during the pandemic.

“He put his life on the line for all of us in this pandemic, and we will always remember him for that sacrifice,” said Nez.

Paula Hale read from a three-part essay on the spiritual implications of the coronavirus that Hale had written before he contracted the disease himself and published in the Navajo Times.

“I do not want you to cower in the corner, crying for yourself and blaming others,” she read. “The path forward will not be the path that got us here, that is for sure.”

Hale will be interred at a family plot in his hometown of Klagetoh, Arizona.