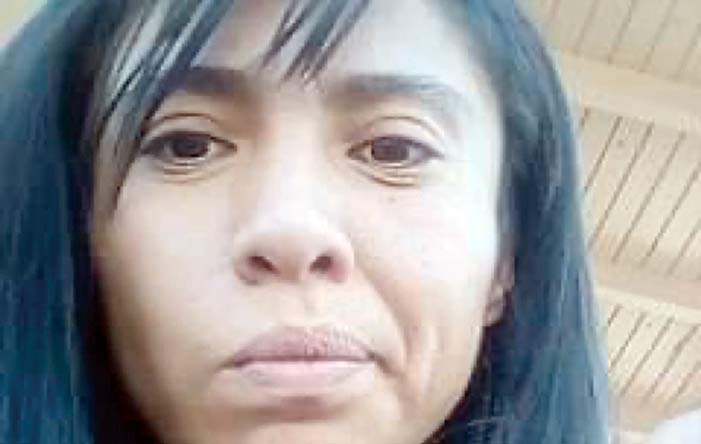 She was extremely reticent about her personal affairs, but people knew that she loved eating at Burger King.

And she was a slender young woman, proud and opaque.

“She never talked much,” said Ward, the owner of the Blue Coffee Pot Restaurant, JoD’s Laundromat, and the ALON-branded gas station in Kayenta. “She was very quiet.

“Dedria would come in and eat (at the Blue Coffee Pot),” she said. “She never told us where her family was from or anything about her life. We tried to pry it out of her.”

When asked a question, Hurley would answer monosyllabically, solemnly – either yes or no.

Hurley died sometime early last week after giving birth to a girl inside an abandoned trailer.

She had wrapped her newborn with a sweatshirt and the baby also died. Authorities say she may have had more bleeding than expected, and she had tried to remove the placenta. 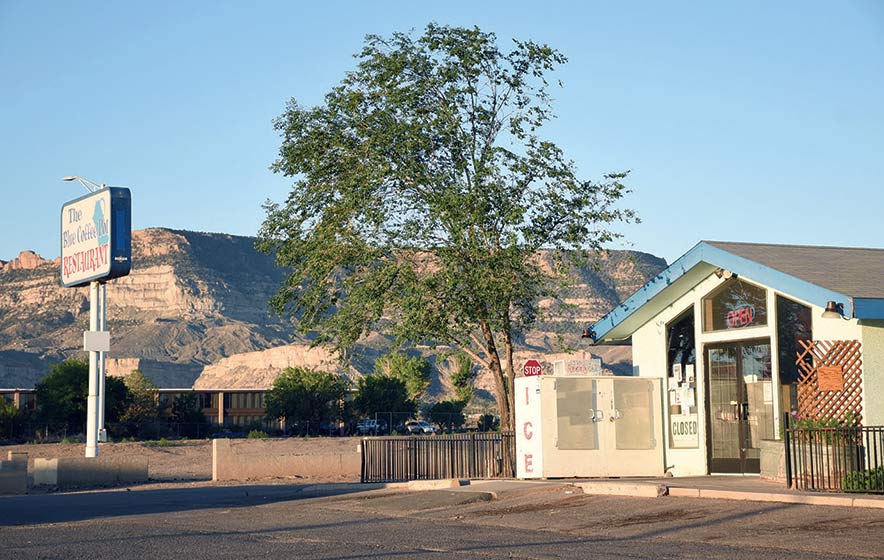 Navajo Times | Krista Allen
The Blue Coffee Pot Restaurant on U.S. Route 160 in Kayenta is where the late Dedria Hurley often went to eat. She grew close with restaurant owner JoDonna Hall Ward and one of the waitresses who opened her home to Hurley.

The Kayenta Police District dispatched Kayenta EMS to check on a possible deceased person at an abandoned trailer at 8:05 p.m. last Monday.

A male was sitting in the back of a police unit.

The female on the living room floor was lying prone (flat on her stomach). She was wearing a black sweatshirt and pants, and she didn’t have shoes or socks. And a part of her back was exposed.

The female had lividity, meaning reddish- to bluish-purple skin discoloration because of the blood settling and pooling, according to the EMS report.

“When our EMTs checked her, she was rigor mortis (stiffening of the joints and muscles),” Kescoli explained. “We don’t have the estimated time of death, and EMS didn’t do any more resuscitative measures because of rigor mortis.”

Kescoli said there’s minimal information about what happened inside the trailer.

Still, information is developing through Kayenta Criminal Investigations, which also found that Hurley had parents but they passed on when she was younger. She also had a younger brother named Toby Hurley.

“I just keep thinking about her just in there by herself,” Ward said. “Our criminal investigations had to rely on the community to help, and they couldn’t go to Window Rock.”

Hurley lived a rough life on the streets of Kayenta, said Ward, who met the young woman through a waitress’s son, a person with drug addiction.

The young man often brought other people with drug addictions, one of whom was Hurley, to the Blue Coffee Pot to eat.

“We never turn people down for eating,” Hurley said. “If you’re hungry, we’ll give you a grilled cheese sandwich or a cheeseburger. We just don’t want any problems.”

Ward said Hurley showed up at her restaurant about two years ago when one of the waitresses, Thelma Doctor, began to care for Hurley and invited the young woman to live with her and her family. Doctor fed her and bought her clothes.

“That’s how we knew Dedria,” Ward said. “She was here, outside, and she’d carry a backpack. And she was always trying to bead something.

“Around Christmas time, she was here,” she said. “Around March, we noticed that she was coming into the restaurant and that she was stealing hand sanitizers.”

People who knew Hurley began to believe she had begun sniffing hand sanitizer to get intoxicated. Because hand sanitizer is alcohol-based, it is possible to get high if one inhales the fumes.

“We had to get after her and tell her she couldn’t come into (the restaurant) and she could only stay outside,” Ward said. “Then she kind of began to distance herself. (But) she showed up outside and stood under the trees with the other people (with drug addictions).”

Two weeks ago, Doctor’s son noticed Hurley walked slow and waddled. But she never showed a baby bump, perhaps because she was malnourished, said Ward.

“She was so, so thin,” she said. “She had to be about 100 pounds, and she wore Thelma’s son’s jacket that was really big on her. We didn’t know she was pregnant.”

Ward said Hurley recently wanted to borrow a cell phone, but people who knew Hurley disagreed because they knew she’d lose it like the other phones she had.

“We never knew where she slept or went at night if she didn’t go back to Thelma’s house,” Ward said. “Sometimes, 2 or 3 o’clock in the morning, she’d be wandering outside the restaurant or sleeping at the front door.

“I’d always have to get up because the dogs (would be) barking,” she said. “I’d say to her, ‘Dedria, you need to go. You need to go back to Thelma’s.’ Yes and no were the only two (syllables she uttered).”

When asked to be interviewed, Doctor politely declined and said she wasn’t strong enough to talk about Hurley, who was like a daughter.

It was a girl

The baby was buried with Hurley at the Kayenta Community Cemetery on June 28.

The Kayenta community had a funeral procession for both mother and daughter.

“By Wednesday morning (June 22), everybody was coming to the restaurant saying they found Dedria,” Ward said. “We said, ‘No, no, she’s around, and she’ll show up.’

“They said, ‘No, Dedria died,’” she recalled. “We said we always hear those rumors.

“By then, Kayenta CI (announced) they had found a girl and if anyone knew her,” she said. “I said, ‘Yes, she’s always over here at the Blue Coffee Pot; we know who she is.’”

Ward said a local male drug user who hangs around the restaurant informed her that he found Dedria inside the trailer after she had walked away from him the night before.

Ward said she learned that Hurley grew up in foster care in Tsiiłchinbii’tó. It’s still unclear what happened inside the home she was in, but “it was not good.”

“She’s a product of poor foster care management,” Ward said. “I hear different stories – I don’t want to repeat them.”

The Kayenta Criminal Investigations raised $600 for Dedria’s and her baby’s funeral expenses. The ending balance on Monday was $2,037.

That’s when Ward and her team at the restaurant stepped in and posted a call for help on social media, drawing in donations from across the country.

By 2:30 p.m. that day, the funeral expense was paid off more than two hours away from the 5 p.m. deadline.

“When someone’s short, we go and ask our community of Kayenta to help,” Ward said.

Sandia Oil Co. in Albuquerque donated $500, Navajo Petroleum donated $500, the Division of Social Services pitched in $2,500, and many others donated what they could.

“A gentleman called from New Mexico saying he would donate a headstone,” she said.

Ward said the remaining money was used to buy flowers.

She added that she received many calls, including from a couple in Prewitt, New Mexico, saying they believe Dedria is their missing niece who had disappeared three years ago.

“He and his wife got their hopes up high,” Ward said. “‘That’s her!’ He broke down crying. I told him, ‘That’s not her because she doesn’t have tattoos, and we know her personally.”