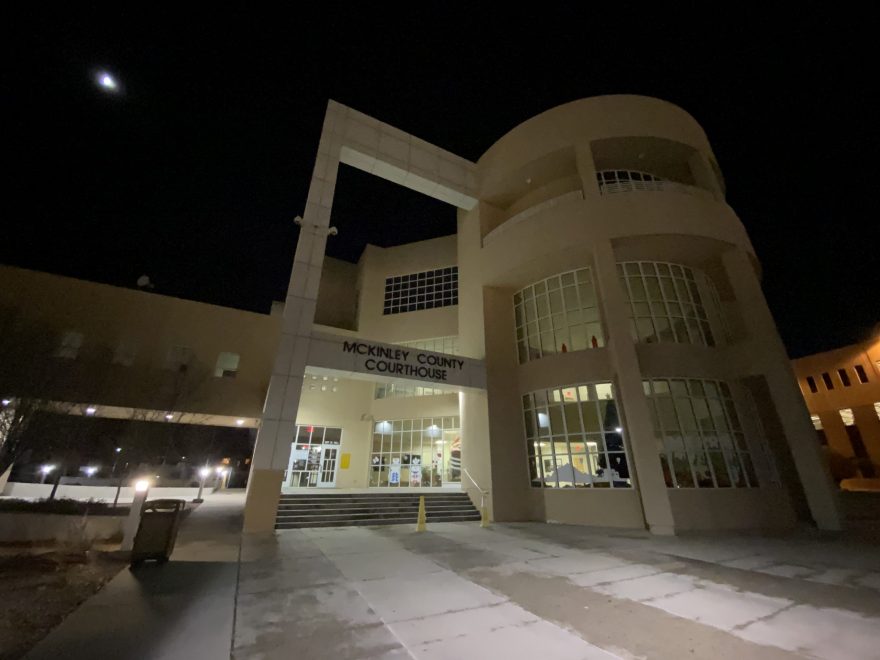 Navajo Times | Donovan Quintero
Construction work on the south side of the McKinley County Courthouse in Gallup was halted on Friday after human remains were found by a construction worker, said Captain Erin Toadlena-Pablo with the Gallup Police Department.

Police say what most likely are human remains, were dug up at a construction site at the McKinley Courthouse on Friday afternoon.

According to Captain Erin Toadlena-Pablo with the Gallup Police Department, they were dispatched to “human bones” found by a construction worker around 12:37 p.m. at a construction site on the south side of the county building parking lot.

Construction was halted and detectives arrived on scene to begin their investigation. Toadlena-Pablo said Richard Malone with the Office of the Medical Investigator was notified.

During the investigation, Toadlena-Pablo said they got a call from the New Mexico Historical Preservation that the human remains may be an archeological site.

Investigators halted with their investigation when the historic preservation office said it might be their jurisdiction, Toadlenaa-Pablo said. She added they were not told when they would be coming to the site to begin their investigation.

It is not known how the human remains got there, the captain said.