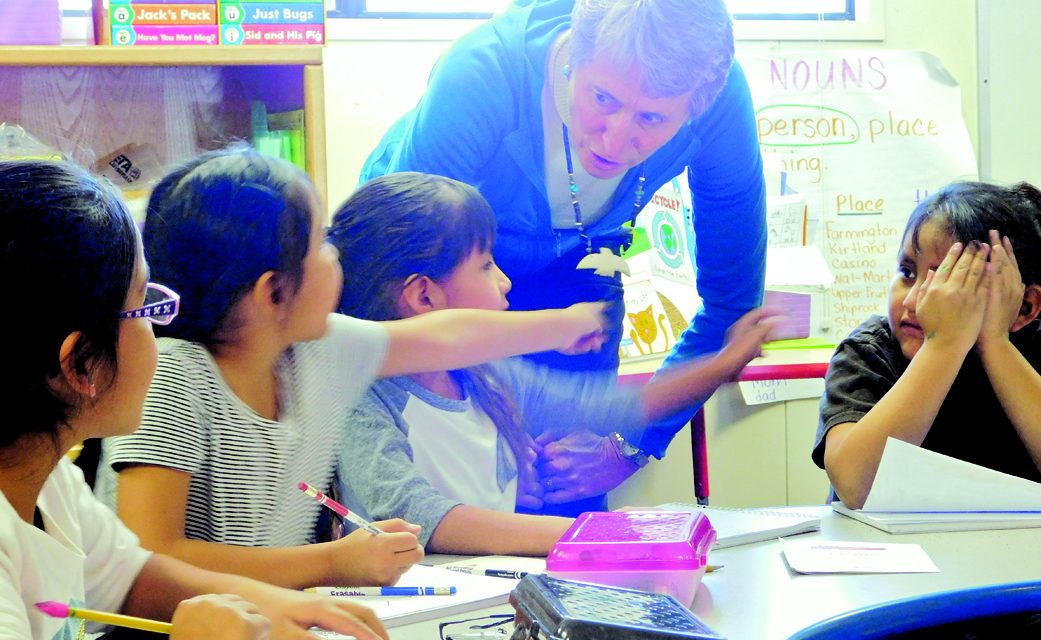 Last Thursday, Cove Day School’s second- and third-graders’ lesson on expanded notation was interrupted by a visit from the Secretary of the Interior.

Sally Jewell, who was an engineer before she was head of REI and then Interior Secretary, tried to get the kids excited.

But the kids knew why she was there.

As she turned to leave the classroom, third-grader Jayrando Foster piped up, “I can’t wait for our new school!”

Jewel grinned. She was on a happy mission, announcing that, after 12 years on the priority list for school replacement, Cove’s 1959 school and teacher housing are going to be replaced.

So will Little Singer School in Leupp, Ariz., thanks to a $45 million appropriation from Congress that will not only replace all the buildings at both schools but put $8 million toward planning for the next round of school replacements, which, she said, will probably also include some schools on Navajo.