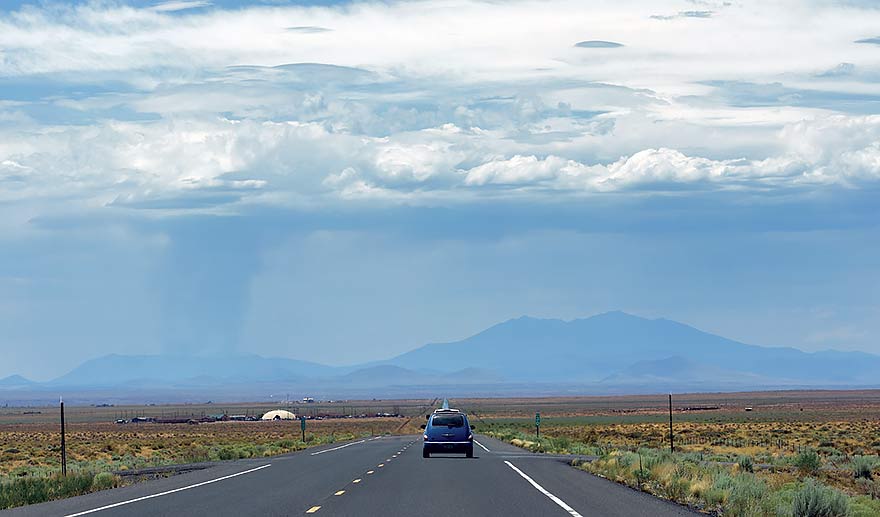 Navajo Times | Donovan Quintero
Smoke from the Museum Fire can be seen billowing into the sky on Monday from Navajo Route 15 in Birdsprings, Arizona.

The Coconino County Sheriff’s Office has issued an evacuation order for residents who live near the Museum Fire.

The evacuation is in conjunction with Flagstaff Mayor Coral Evans and Coconino County Board of Supervisor Chair Lena Fowler declaring a state of emergency for the city and the county on Monday.

Fowler said most of the evacuees have gone to stay with family. She said the American Red Cross set up a shelter at Sinagua Middle School.

Officials said everyone living, working or accessing a home from Mount Elden Lookout Road, east of Weatherford Road, were ordered to evacuate their homes. 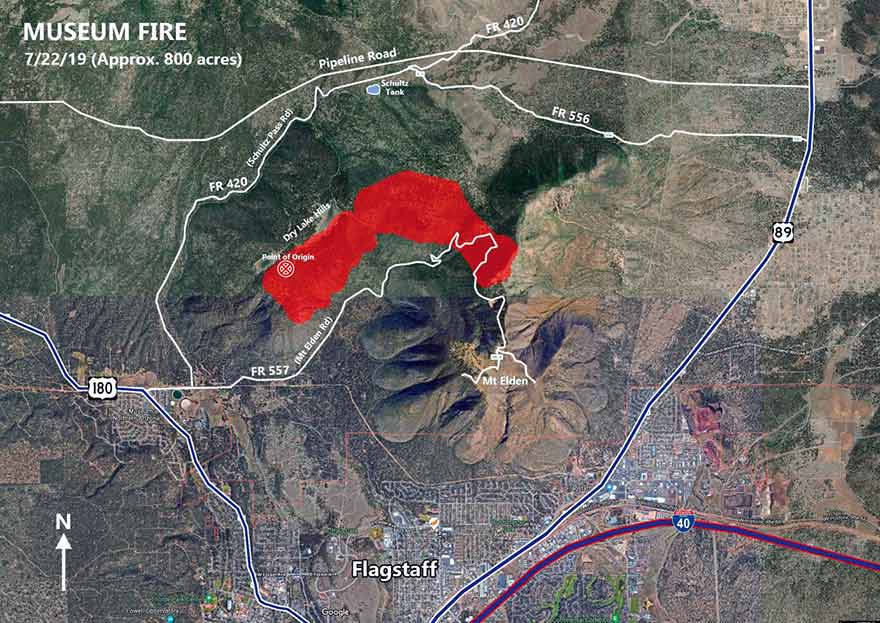 Navajo Times | Donovan Quintero
A helicopter carries water to the Museum Fire on Monday north of Flagstaff. The fire is not contained and has, so far, burned 1,200 acres.

The fire began on Sunday morning at Dry Lakes Hills, which is north of the city on Mount Eldon. To date, the fire has consumed about 1,200 acres.

The cause of the fire remains unknown, said Fowler.

“What we’re told, it started on Shultz Pass Trail,” she said. “It’s not for certain right now. What caused the fire – that is secondary. They’re trying to get control of fire right now.”

While under a pre-evacuation notice, Fowler said residents are asked to pack any emergency items, be able to sustain for 72 hours and get information on the fire from official sources such as the Coconino County website and social media sites, as well as from the city’s Facebook and Twitter sites.