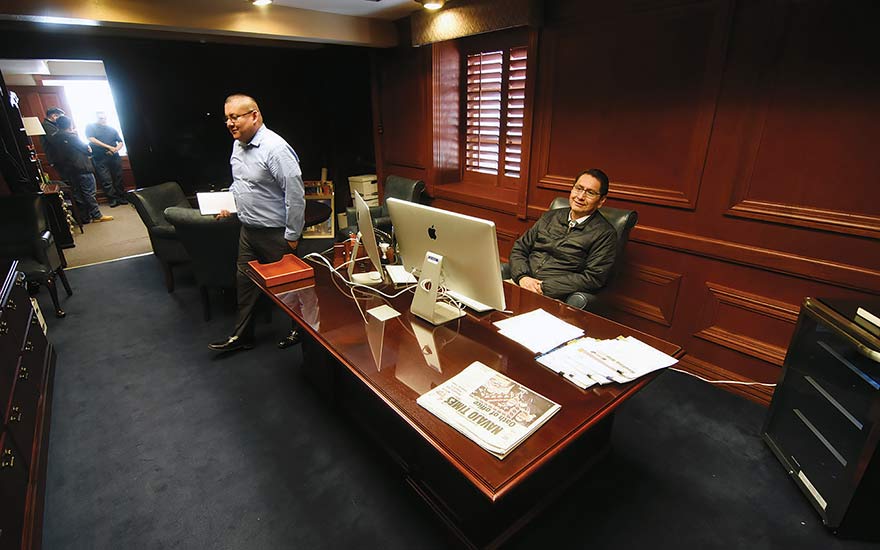 After the Navajo Nation inauguration, Nez and Lizer announced the list of their cabinet picks and travelled to Phoenix to attend Indian Nations and Tribes Legislative Day and meet with the speaker of the Arizona House and other state officials. “We met with top leadership and we gave them some of our priorities,” said Nez. “Some of our priorities lines up with some of their priorities.”

The priorities include the Little Colorado River water settlement and Arizona gaming, both topics Nez is familiar with since he served as Council delegate for two terms and as vice president.

But now, as president, Nez said he’ll take a different approach to these issues. “We are going to be picking their brain for their input,” said Nez about his cabinet. “We have an opportunity to reevaluate those topics. We have a fresh team.”