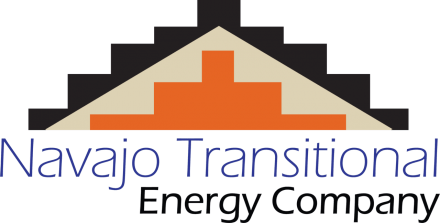 The company, which recently came under fire after purchasing three coal mines in Montana and Wyoming, has partnered with Photosol US to submit a proposal to site 200 megawatts of solar power on reclaimed land at its Navajo Mine in New Mexico.

The proposal is a response to Salt River Project’s request for proposals to develop 400 megawatts of solar power, including 200 megawatts from the Navajo Nation.

The energy would be delivered to customers in central Arizona and would offset some of the loss from the closure of the 2,250-megawatt Navajo Generating Station last December. SRP was an owner of the coal-fired plant.

If accepted, the NTEC project could   generate up to $20 million in tax revenue for the Navajo Nation over 40 years, according to a press release from NTEC.

“Including solar and other renewable energy sources in NTEC’s portfolio has always been part of our vision for NTEC and the Nation,” said NTEC Chairman Timothy McLaughlin. “We are excited for the opportunity to transition the reclaimed land at Navajo Mine to the production of renewable energy that has the potential to provide long-term revenues for the Nation.”

NTEC’s partner in the venture, Photosol US Renewable Energy, is a subsidiary of Photosol Group, described on its website as one of the top four owners and operators of solar facilities in France.

The company has also proposed a utility-scale photovoltaic solar and battery storage facility on Bureau of Land Management land in northwest San Juan County (New Mexico) just north of Waterflow. That project would produce 372 megawatts of electricity and be very close to the Navajo Mine project.

While NTEC did recently invest in coal mines, it has begun to diversify. According to the release, last year the company invested in Texas Mineral Resources, a company which is developing innovative extraction methods for rare earth minerals and metals that are key components of solar panels and the batteries necessary to store solar energy and power electric vehicles.

McLaughlin stated in the release, “It is very exciting to play a role in developing two of the key components to a viable solar-powered future — the minerals and metals necessary for the infrastructure and the solar array that will generate the power on Navajo land.”

NTEC, an independent enterprise of the Navajo Nation, was started by the tribe in 2014 to help the tribe transition from fossil fuels to alternative energy.