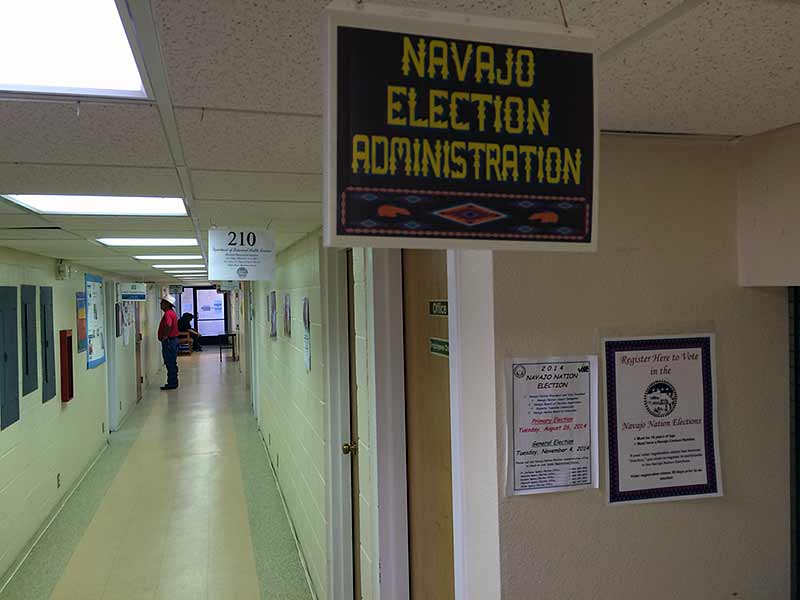 A voter stands outside the election office in Window Rock. The Navajo Board of Election Supervisors me today and voted to the election continue on Monday afternoon. "Our men and women in uniform have and continue to make sacrifices, which includes the right to vote and choose their leaders," the NBOES said in a statement. (Times photo - Donovan Quintero)

Back in 1923 when the federal bureaucracy created the Navajo Tribal Council in order to get mineral contracts approved, a promise was made that eventually the Navajo people would get to decide on what type of government they wanted. That never happened.

Then, in 1990, when Council delegates voted to replace that form of government with one styled after a three-branch government, a promise was made that Navajo voters would soon be given an opportunity to decide what type of government they wanted.

Again, that never happened. Now, as the tribal government heads for its 100th anniversary, a group of Navajos are once again trying to give Navajo voters a chance to determine what type of government should be in place here on the Navajo Reservation.

This latest effort is being spearheaded by Harrison Tsosie, a former attorney general for the Navajo Nation, who, along with a few colleagues, is trying to get enough signatures on petitions to give Navajo voters a chance to vote on a possible constitution in 2019.