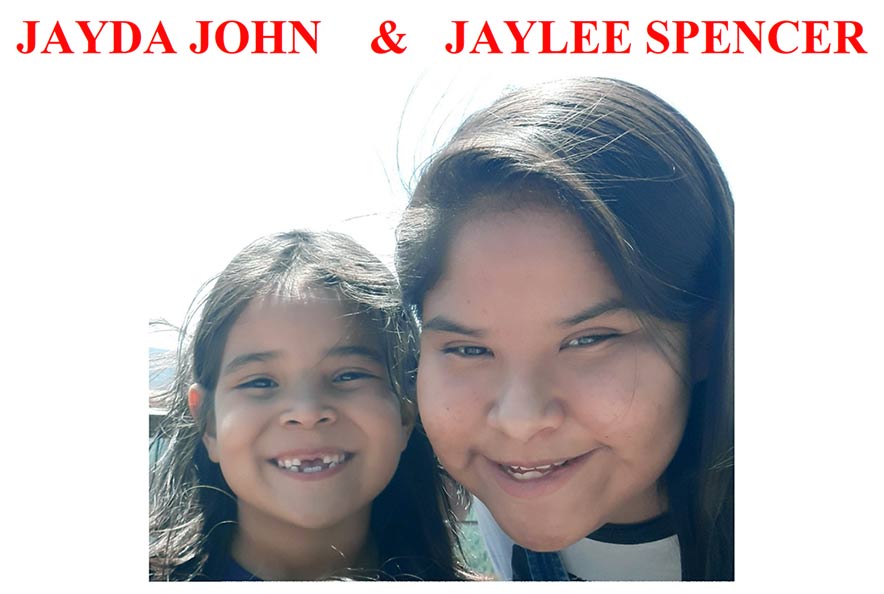 The Navajo Nation Police has issued missing person alert for a 14-year-old female and her seven-year-old sister, who have been missing since Sunday.

According to police, Jaylee Spencer, 14, and Jayda John, 7, were taken from their uncle’s home in Fort Defiance. The children were taken by the girls’ uncle’s girlfriend, Kristy Marie Pinal. Police did not give the name of the uncle. 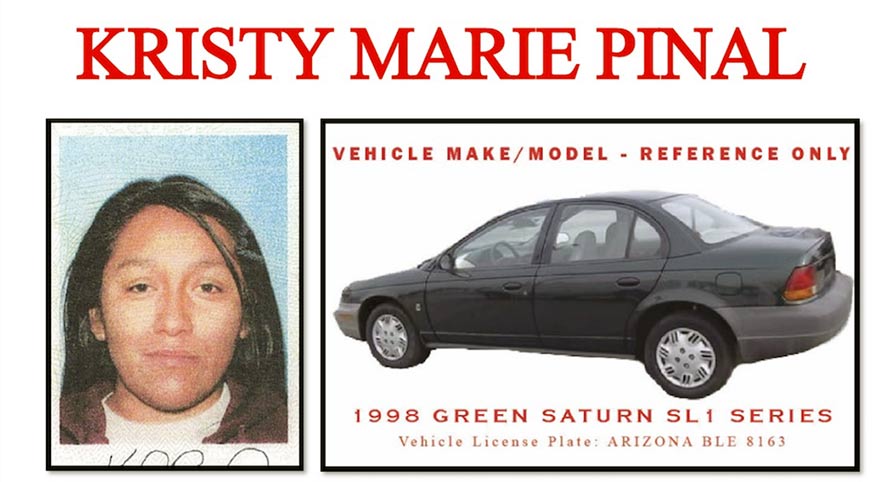 Police say the mother of the two girls were “given permission” to stay at the uncle’s home on Saturday.

The uncle left to “haul woods,” the police wrote in a Tuesday afternoon press release. When he returned, his vehicle was missing. The police added that Pinal, her three-month-old daughter, and his two nieces were also missing.

Pinal made contact with the girls’ mother, telling her she would be return Sunday night, but never did. The two girls were reported missing on Monday.

Police added that Pinal told the mother she was with her parents, who live in Whiteriver, Arizona, on the Fort Apache Reservation. Police did not say if Pinal is from the reservation.

Anyone with information about the whereabouts of the two children and Pinal are encouraged to call the Window Rock Police District at 928-871-6111/6112.