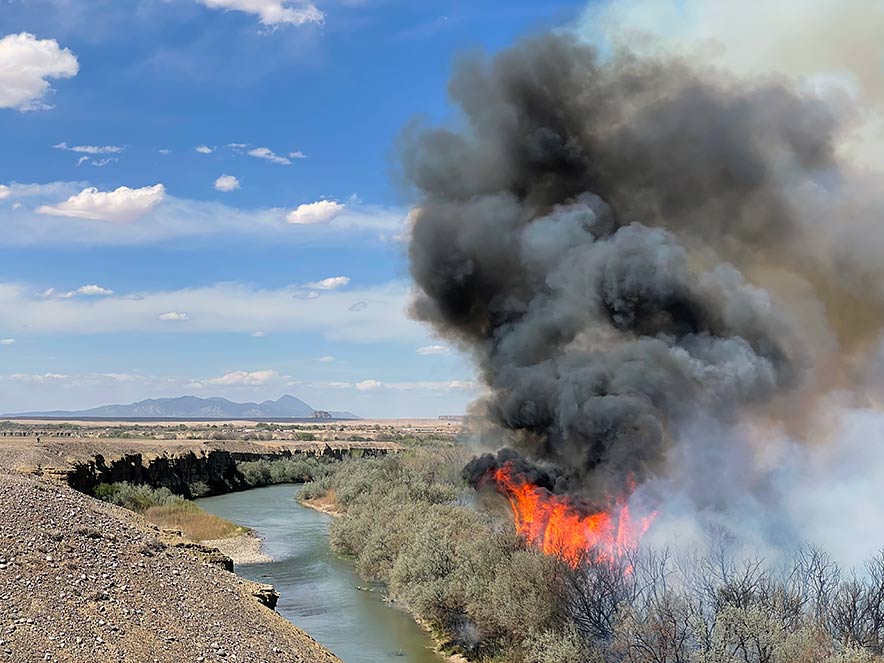 Navajo Times | Donovan Quintero
Two hotshot crew members with the BIA Wildland Hotshots stand at the edge of a cliff overlooking the San Juan River as flames caused by fire suppressions shoot into the sky on Sunday in Shiprock.

The fire is 50% contained, according to reports from the Bureau of Indian Affairs Navajo Region Wildland Fire & Aviation Management.

The fire burned a total of 511 acres, fire officials added.

Flames more than 100 feet high shot into the sky as hotshot crews shot fire-inducing shells into the thick brush of trees along the river.

Authorities didn’t say what time the fire began but according to= Delegate Eugenia Charles-Newton, she and her family were awakened around 1:30 a.m. Sunday morning by a Navajo Police officer.

Charles-Newton said the officer informed her there was a fire behind her house and they might need to evacuate their home.

“The fire was so high it hovered over our house!” Charles-Newton wrote. “You could feel the heat from the flames!” 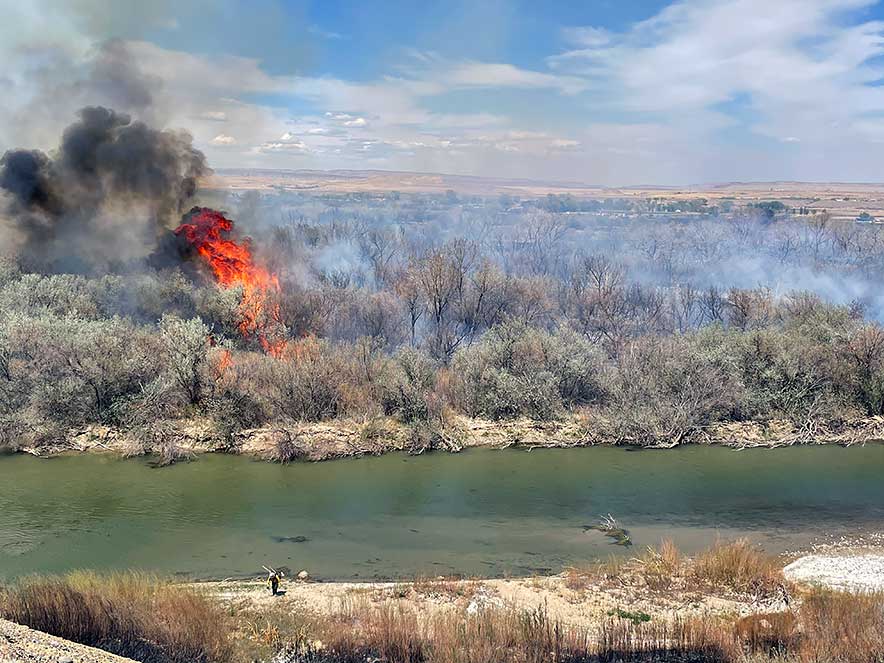 Navajo Times | Donovan Quintero
A BIA Wildland Hotshot stands at the edge of the San Juan River as flames caused by fire suppressions, which helps to contain the Salt Creek Fire, shoot into the sky on Sunday in Shiprock.

Charles-Newton said her husband grabbed the garden hose, “and I grabbed a shovel and we fought that fire with all we had!” she said.

After what seemed like an eternity, Charles-Newton said they saved their home and managed to contain the fire.

Fire officials said Navajo Police evacuated residents in the area of Mesa Farm Road, which is located northwest of the chapter house.