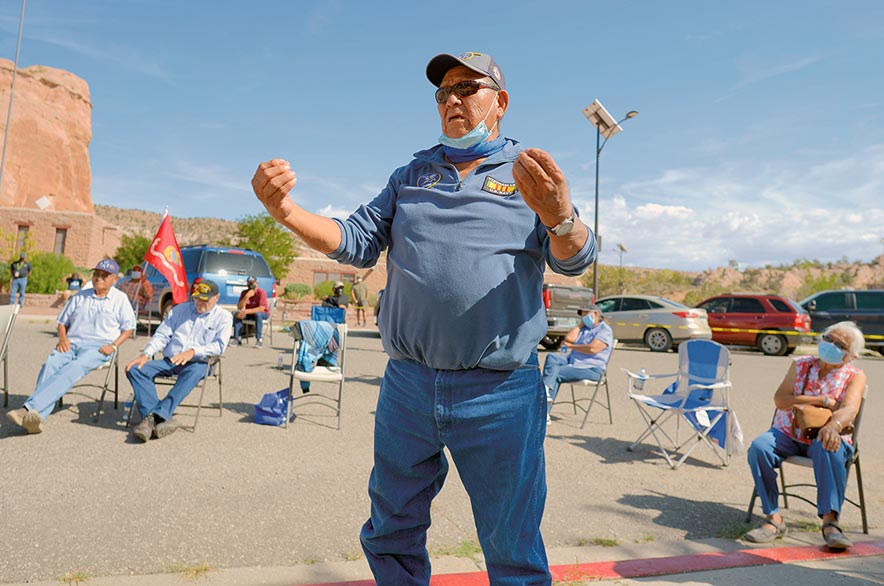 Veterans from three agencies came to Window Rock on Friday and on Monday to voice their concerns over budget shortfalls, PTSD, and denial of financial assistance. 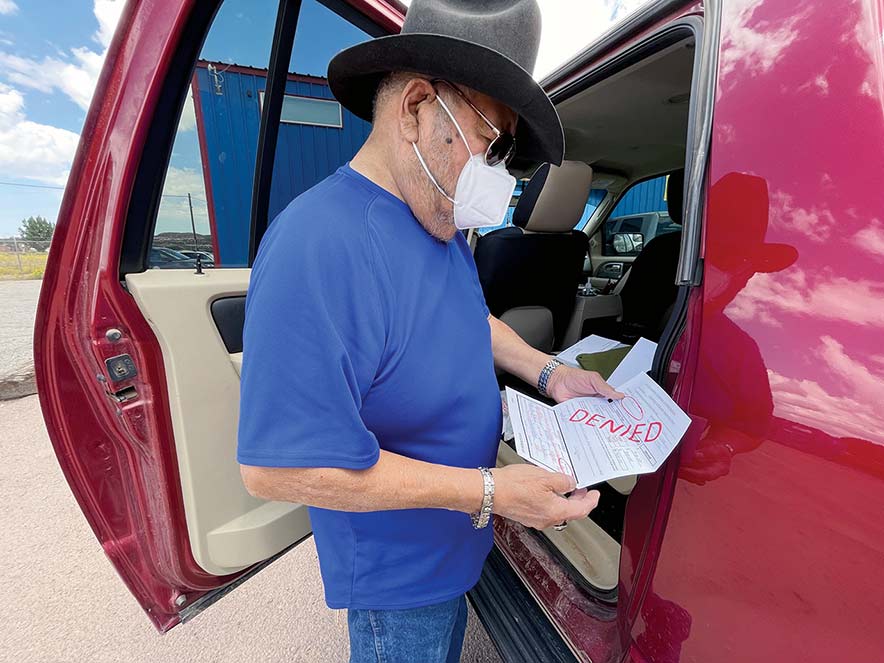 Navajo Times | Donovan Quintero
Vietnam veteran Natonabah, who only wanted to give his last name, shows what happened to his financial application when it was denied on Sept. 3 at the Navajo Nation Veterans Administration in Tse Bonito, N.M.

The Navajo veterans, donned in T-shirts that described which branch they served, held what they called a protest forum outside the Council Chamber.

The group comprised of more than 50 people, including a Goldstar family, was led by Olin Kieyoomia, who said he was recently elected the Fort Defiance Veterans Agency commander.

Kieyoomia, the former interim delegate with the 23rd Navajo Nation Council, addressed the crowd of mostly older veterans. He said their rights, according to the Navajo Nation Veterans Act of 2016, were not being respected.

“Currently, that law is not being adhered to,” the Army veteran said. “Our seat at that table has been taken. Your voice has been silenced.”

What Kieyoomia is referring to is how veterans in his agency, as well as other veterans, have said James Zwierlein, the executive director for the Navajo Nation Veterans Administration, not been working on their behalf and has been disrespectful.

One example, Navajo veterans said, is the construction of the demonstration home in Tse Bonito, New Mexico. The home is shaped like a hogan, which is facing south – the wrong direction.

Natonabah, who only wanted to give his last name, said the home looks good, but the direction the door was facing concerned him.

“It is not built according to Navajo traditional,” Natonabah said. “And the whole idea behind, to me is, to get well. And that house, you can’t get well, if your door is going south.”

Natonabah said he was at the Navajo Veterans Administration to apply for financial assistance for the third time. The first two applications were quickly denied.

His first application even had in “DENIED,” in large red letters, stamped across the entire application. 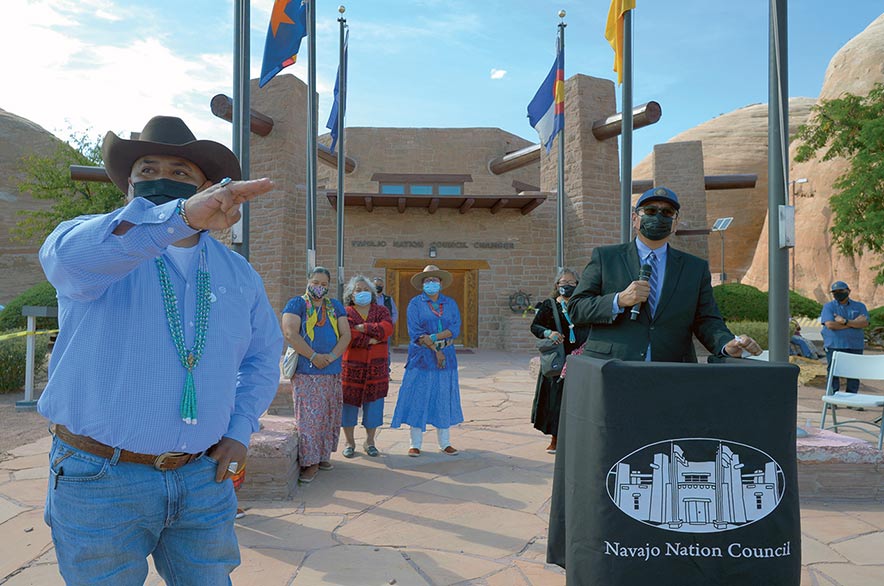 Deputy Director Hugh Smith said the office reached out to everyone not do that anymore.

“This is going to be my third time. It seems like it’s who you know, it’s not where your application is,” Natonabah said. “You have to be related to one of those guys, I guess.”

He added that if his next application was denied again, he was going to take action.

“If they deny my next request, that’s when I want to go up the ladder,” Natonabah said. “Right now I’m just playing the game.”

For Kieyoomia, a chance to help aging veterans like Natonabah, was a calling he decided to take on once again.

“I believe the Navajo veterans that expressed their concerns and frustrations during Friday’s protest was needed and deemed positive light to the issues that the Navajo Veterans (Administration) has been facing in dealing with funding, assistance, policies, and housing,” Kieyoomia said.

Kieyoomia said the meeting with Speaker Seth Damon was positive, while his meeting with President Jonathan Nez was more on the “opposite” side.

“Many of the comments made by President Nez at Friday’s protest were taken back on Monday’s meeting such as recognizing the new veterans’ leadership, policy changes, budget documents, and veterans’ carryovers,” Kieyoomia said.

“I didn’t expect the president to be defensive or trying to be intimidating with the whole executive office present with lawyers from Department of Justice,” he said.

Harry Joe Ashley, who also served twice in the Marine Corps, said his application for financial assistance was returned to him with “DENIED” stamped across the application, too.

Ashley laughed and said he didn’t know what was going on in Window Rock when it came to assisting veterans.