With no evidence of harm, federal judge rules in favor of Sage 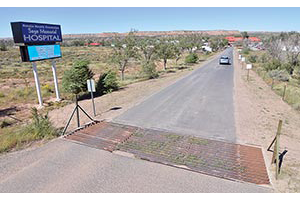 In a 92-page summary judgment filed Oct. 26, Browning concludes that Indian Health Service didn’t provide a solid argument to back up their claims that alleged financial misdoings by the hospital had endangered patients.

The original judgment was filed Aug. 31.

Sage, also known as Navajo Health Foundation, is a tribal organization that has operated with Indian Self Determination and Education Assistance Act (ISDEA) funds since 2009 to run a comprehensive health care facility in Ganado, Ariz.

In a multiple-page report, auditor Moss Adams identified a bonus of more than a million dollars paid to Ahmad Razaghi, who acted as chief executive officer at the time, and what appeared to be extravagant travel to exclusive resorts for him and members of the hospital’s board of directors. Accountants also had trouble tracking expenses to appropriate tax returns, according to the report.