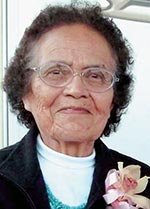 Laura was born June 10, 1930, in Mulholland Wells, New Mexico, into the Tó’aheedlíinii (Water Flowing Together Clan), born for Tódích’íi’nii (Bitter Water Clan). Her nali is Kiyaa’áanii (Towering House); chei is Naaneesht’ézhi Táchii’nii (The Charcoal Streaked Division of the Red Running Into the Water). She died March 30, 2018, in Flagstaff.

Laura attended Crownpoint Boarding School and Intermountain Indian School in Brigham City, Utah. She retired from the Indian Health Service in Gallup. After retirement, she did missionary work with Bethesda Mission. 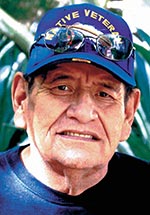 FORT DEFIANCE — Funeral services for Lawrence M. Hickson, 71, will be held Friday, April 6, at 10 a.m. at Our Lady of the Blessed Sacrament in Fort Defiance. Viewing will take place one hour prior to service at 9 a.m. Burial will follow at a private family plot in Deer Springs, Arizona.

Lawrence attended Window Rock High School and welding/training school in Dallas, Texas. He was employed as a welder and water wells pipefitter with the Indian Health Services warehouse for 25 years. He was retired at the time of his death.

Lawrence is preceded in death by his wife, Myrtle G. Hickson; and son, Arlan M. Hickson. 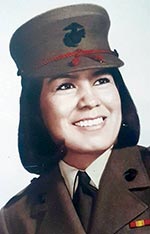 Pauline is preceded in death by her parents and husband, George David Shackelford.

TSE BONITO, N.M. — Funeral services for Stephanie Yellowhair, 41, of Window Rock, will be held Friday, April 6, at 10 a.m. at the Silver Creek Mortuary in Tse Bonito, New Mexico, with Rev. David Hilderman officiating. Viewing will take place one hour prior to service at 9 a.m. Burial will follow at the St. Michaels community cemetery in St. Michaels, Arizona.

Stephanie was born Dec. 13, 1976, in Fort Defiance, into the Táchii’nii (Red Running Into the Water People Clan) and Nát’oh dine’e (Tobacco People Clan), born for Táchii’nii and Zuni people. She passed away March 30, 2018, in Window Rock.

Stephanie graduated from Window Rock High School and attended Cosmetology Academy. She was known worldwide for saying, “Excuse my beauty” on a “Cops” episode. She enjoyed promoting “Excuse My Beauty” activities.

A reception will take place at the St. Michaels Chapter House following services from 12 p.m. to 4 p.m.

CORNFIELDS, Ariz. — Funeral services for Hanley Tom Todecheenie, 81, of Cornfields, Arizona, will be held Friday, April 6, at 10 a.m. (MDT) at the Lighthouse Assembly of God in Cornfields, with Rev. Joyce Muench officiating. Burial will follow in Cornfields.

Hanley attended Phoenix Indian School and served in the U.S. Army. He was employed as a carpenter, security officer and police officer with the Navajo Nation. His interest was rodeo and he enjoyed playing basketball and football.

A reception will take place at the Cornfields Chapter House following services.