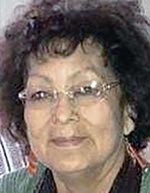 Bernice attended Ganado High School up to the 9th grade and was employed as a silversmith, provider at a nursing home, and transport driver. She enjoyed gardening, cooking, attending peyote meetings, and dancing to traditional songs and dances.

Bernice is preceded in death by her parents, Robert and Mary Ann Begay, and sister, Caroline Tullie.

Due to Covid, a reception will take place in Cross Canyon following service (will be announced on Facebook). 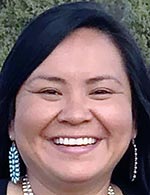 FLAGSTAFF — Funeral services for Ambra Sue Nez, 36, of Leupp, Arizona, were held Nov. 22 at The Church of Jesus Christ of Latter-day Saints in Flagstaff. Interment followed at the Citizens Cemetery in Flagstaff.

Ambra was born Aug. 17, 1986, in Tuba City, into the Naakaii Dine’é (Mexican Clan). She was born for Tódích’íi’nii (Bitter Water Clan). Her nálí is Tł’ízíłání (Many Goats); cheii is Tsi’naajinii (Black Streak Wood People). She passed away in Leupp.

Ambra attended Page High School and Northland Pioneer College. She was employed with Navajo Nation CHR in Dilkon, Arizona, and was a traveling Certified Nursing Assistant with Nurseio.

In addition, there will be a military service honoring Malcolm’s time in the Army, followed by a reception. 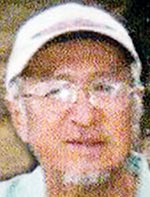 GALLUP — Funeral services for Joe Kee, 68, of Chéch’iltah, New Mexico, will be held today, Dec. 1, at 10 a.m., at Rollie Mortuary in Gallup, with Pastor Herbert Francisco officiating. Burial will follow at the family plot on Jones Ranch Road in Chéch’iltah.

Joe attended Chéch’iltah Boarding School for his primary education and graduated from Intermountain High School in Brigham City, Utah. He worked as a construction laborer with trades in electrical and masonry. He enjoyed taking care of animals and the family homestead.

MICHAELS, Ariz. — Funeral services for Terry Jerry John, 41, of Fort Defiance, will be held Friday, Dec. 2, at 9 a.m., at the Ch’íhootsooí Baptist Church in St. Michaels, Arizona, with Scott Merritt officiating. Burial will follow at the Navajo Veterans Cemetery.
Terry was born July 23, 1981, in Phoenix, into the Táchii’nii (Red Running Into the Water People Clan). He was born for Tsi’naajinii (Black Streak Wood People Clan). He passed away Nov. 19, 2022, in Phoenix.

Honorary pallbearers will be Charlie Pete and Harry Pete.

A reception will take place at The Family Assembly Church of God Reception Hall following services.

KLAGETOH, Ariz. — Funeral services for Agnes “Aggie” Jones, 67, will be held Friday, Dec. 2, at 10 a.m., at the Samuel Walkers Church (half a mile west of the Klagetoh store in the blue building) in Klagetoh, Arizona.

Aggie passed away Nov. 19, 2022, in Flagstaff. She had many friends and was a well-loved community member in Klagetoh. She was adored and will be missed terribly.