Gloria graduated from Window Rock High School in 1977 and attended Southwestern Indian Polytechnic Institute and the University of New Mexico in Albuquerque. She obtained her associate’s degree in banking technology in 1986, working as a bank teller. She was also a part-time firefighter and substitute teacher.

Gloria was a free spirit in life and marched to the beat of her own drum. She was a truly unique person that left a lasting impression on everyone she met. She had a very strong will and determination, yet was quick to laugh and find the optimism in challenging situations.

Gloria adored her grandchildren and never missed an opportunity to watch over them and read them endless stories, sometimes in Navajo and sometimes with new endings. She enjoyed knitting blankets, sewing quilts, weaving, traveling, and running. She will be missed dearly and the world is a little dimmer without her brightness and smile.

Gloria is preceded in death by her mother Henrietta Taliman Lynch; and Edith Lynch Bennett, Elaine Lynch, and Ronald Lynch. 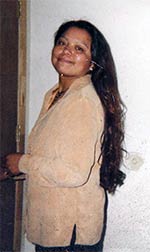 GALLUP — Funeral services for Francea Shorty, 49, of Gallup, will be held Friday, Jan. 7, at 1:30 p.m., at Rollie Mortuary in Gallup, with Tommy John officiating. Burial will follow at the Gallup City Cemetery.

Francea graduated from Ganado High School and worked at Sonics and American Bar in Gallup. She enjoyed playing baseball, entering pool tournaments, and was a Dallas Cowboys fan.

Pallbearers will be Vernon Moses and Gary Lee. 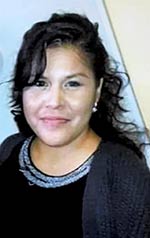 FORT DEFIANCE — Funeral services for Kendra Christine Anderson, 35, of Window Rock, were held Dec. 31 at the Church of Christ in Fort Defiance. 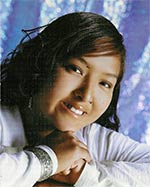 Esther graduated from Window Rock High School in 2005 and continued her education in Phoenix. She was a loving and caring person with a big heart.

Esther enjoyed spending time with her family and friends, long drives, listening to her favorite songs with her daughter Chenelle by her side, and loved attending church at the Navajo Baptist Church in Gallup, and Phoenix Baptist Church.

Esther is survived by her daughter, Chenelle Bahe; and sisters, Sophia Watson of Gallup, and Andrea Hale of St. Michaels. 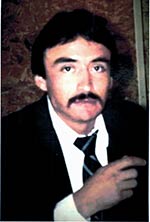 Michael did roofing and construction work. He enjoyed working in construction, working on his truck, and spending valuable time with family members, grandchildren and friends.

Calvin graduated from Window Rock High School in 1958 and attended Arizona State University. He worked for the Navajo Nation and BHP Minerals.

Hurley was a member of the Native American Church as a roadman and horseman. He enjoyed spending time with his grandchildren and was a devoted Dallas Cowboys fan.