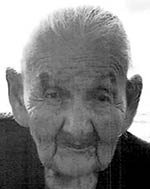 Anna was a homemaker who enjoyed cooking, sewing and hand-spinning wool.

Anna is survived by her son, Donald Wilson; daughter, Mary Shirley; and 17 grandchildren and 30 great-grandchildren. 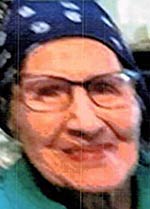 Irene attended Tohatchi Boarding School and graduated from Intermountain Indian School in Brigham City, Utah. She worked in California after high school and worked in the early 60s at Paramount Café in Gallup. 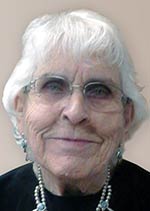 SNOWFLAKE, Ariz. — Funeral services for Margaret Elizabeth Cousins Flake, 83, will be held Saturday, Feb. 20, at 2 p.m., at the Main Street Chapel of the Church of Jesus Christ of Latter-day Saints in Snowflake, Arizona, with a viewing at 1 p.m.

Margaret was born in Toronto, Ontario, Canada, on June 24, 1937, to Robert and Elizabeth Cousins. She passed away peacefully in her Snowflake home on Feb. 12, 2021.

Margaret’s father lost his life while serving in the Canadian Army in World War II and her mother raised Margaret and her older brother John on a War Widows Pension.

While at BYU, Margaret met and married David K. Flake of Snowflake, and upon completion of their schooling, they moved to the Navajo Reservation where they lived and worked for the next 35 years.

While David was the breadwinner, Margaret’s desire was to be a good mother. She wanted four children and he wanted five. All their children were desired in turn and when her childbearing years were over, they each got their wish with nine children, each one loved as they came along.

Margaret also helped to supplement David’s teacher’s salary early on by being a Tupperware lady and after her youngest was in school, doing substitute teaching. Mostly she was happy being a good mom.

Margaret also gave a lifetime of service in the Church of Jesus Christ of Latter-day Saints, serving a variety of callings as a leader and teacher of children, youth, Cub Scouts, Relief Society, and ward librarian.

After retirement, Margaret served a full-time church mission in Baltimore, Maryland, with her husband David.

Margaret is preceded in death by her parents and her sister-in-law, Suzanne Cousins. 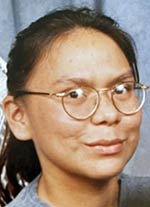 Christina lived in the outskirts of the Painted Desert, in the Navajo Nation town of Tuba City. She was one of five children raised by a single mother, Susan Gregg.

As a young child, Christina enjoyed reading and as a teenager she enjoyed two-stepping at the Blue Canyon Band dances often held at the Tuba City Community Center and Tuba City Boarding School.

Many Easter, Christmas and Fourth of July family gatherings were spent with relatives from LeChee and Kaibeto, often camping and fishing along the shores of Lake Powell, hiking through Antelope Slot Canyon, White Mesa, and the cliffs along LeChee.

Christina was a petite 5’2” Navajo woman who was headstrong, strong-minded and resilient. When she became a mother she started working as a waitress at the “world famous” Tuba City Truck Stop. With a smile and grace all her own she befriended many co-workers and community members.

Christina created and established many friendships with many community members, including Navajo Nation Police officers, EMTs, doctors, and schoolteachers. She loved talking and interacting with people, listening to music, watching movies, and doting on her beloved grandson, Hyde Peterson.

Christina loved attending the Tuba City Fair and parade, the Tuba City Warrior homecoming parades and taking her then young children through the annual Halloween trick-or-treating through the doctors’ housing and boarding school housing. Tuba City was her home and she was the epitome of a strong Navajo woman. She was loved.

Christina will be missed by her children, grandson, mother, siblings, cousins, nieces, nephews, aunts, uncles, friends, and acquaintances in the Tuba City community.

Due to COVID restrictions, a celebration of life will be held on Christina’s birthday, March 19, for immediate family members.

Donations are being accepted through GoFundMe at https://gofund.me/3fb5dc31. Money raised will go directly to her children. 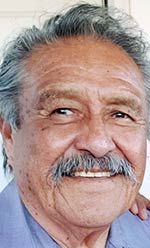 TORREON, N.M. — Graveside service for Tommy Montoya, 80, of Fort Defiance, will be held Friday, Feb. 19, at 12 p.m., at the Montoya family plot in Torreon, New Mexico.

Tommy attended Many Farms Community College and Utah State University. He worked for BIA Roads Department and Indian Health Services. He served in Vietnam from 1963-1965.

Daniel’s Alameda Mortuary is in charge of arrangements.

PHOENIX — Funeral services for Bernie James Webster Jr., 56, of Glendale, Arizona, will be held Monday, Feb. 22, with visitation from 11 a.m. to 1 p.m., followed by the memorial service at 1 p.m. (capacity of 25). Burial (capacity of 50) will take place at the Phoenix Memorial Park and Cemetery (200 West Beardsley Road) in Phoenix.

Bernie began his career with the Bureau of Indian Affairs, Fort Apache Agency in Whiteriver, Arizona, and Western Regional Office in Phoenix. His latest employment was with AME Electric in Phoenix.

Bernie loved his family, fishing, music, rebuilding his suburban, lifted trucks, and strumming his guitar. He will be missed by numerous aunts, uncles, nieces, and other loved ones.

Theresa was employed as assistant manager at Burger King in Kayenta, health caregiver at Dungarin in Gallup, and community living trainer at Coyote Canyon Rehabilitation Center.

Theresa is preceded in death by her husband, Robert Jack; grandparents, Ella B. and John C. DeVore; and nalí, Jenny and John Padilla.

Frank was born Sept. 20, 1945, in Keams Canyon, Arizona, into the Kinyaa’áanii (Towering House Clan), born for Tábąąhá (Water’s Edge Clan). His maternal grandfather is Táchii’nii (Red Running Into the Water People) and paternal grandfather is Tódích’íi’nii (Bitter Water). He passed away Feb. 12, 2021, in Albuquerque.

Frank served in the Army for two years active duty and four years ready reserve, serving in the Vietnam War. He left the military with a rank of specialist (E4).

Frank worked as a firefighter, later transitioning to automotive mechanic. He was a member of the Ganado Veterans Group and showed his patriotism at gourd dances.

Frank earned an associate’s degree in diesel mechanic from the University of New Mexico and worked as a mechanic at Navajo Engineering Authority, Apache County, and Chevron Mining, where he retired.

George attended Chemawa Indian School in Portland, Oregon, and the University of New Mexico in Albuquerque.

Part of George’s service to the community was as a local school board member/president and as the Littlewater Chapter House president for multiple years.

George was the pastor of the First Navajo Baptist Church in Crownpoint, for close to 60 years. He loved his congregation fully and always encouraged and supported them.

George helped build other churches in the area under the Crownpoint First Navajo Baptist Church ministry.

George enjoyed extensive travel and photography. Most importantly, he loved sharing the Gospel of Jesus Christ with others.

George is survived by his daughters, Marilynn J. Holtsoi of Heart Butte, New Mexico, and Carolyn J. Shorty of Albuquerque; sons, C. Morgan and E. Jim of Crownpoint; and grandchildren, who he loved dearly, Michaela Holtsoi and Pastor Matthew Holtsoi.

A celebration of life will be announced when circumstances permit.

Compassion Mortuary is in charge of arrangements.

CHINLE — Graveside service for Shondie John Tsosie, 51, of Chinle, will be held Tuesday, Feb. 23, at 10 a.m., at the Chinle community cemetery.

Shondie is preceded in death by his father, Shonnie Tsosie.