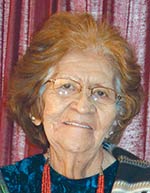 Dolly received a GED in 1974 and was employed with the BIA Greasewood Boarding School as a food service worker from 1963 to retirement. She enjoyed weaving Navajo rugs and assisted her father in his canvas teepee making and design.

A reception was held at the Steamboat Chapter House, following services. 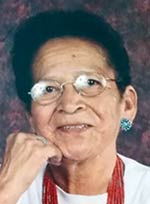 Rosella was born May 22, 1934, in Fort Wingate, New Mexico, into the Kinyaa’áanii (Towering House Clan), born for Tsenabahilnii (Sleep Rock People Clan). Her nali is Tó’aheedlíinii (Water Flow Together); chei is Nihoobáanii (Gray Streaked-Ends). She passed away Jan. 15, 2020, in Iyanbito.

Rosella completed elementary-level education and focused on raising and nurturing her family for much of her life. She was a member of the Elim Haven Church and was active in the Iyanbito Chapter Community Affairs until her health began to decline.

Rosella enjoyed weaving rugs and gardening. Of everything, her true passion was studying the Bible in both the English and Navajo language. 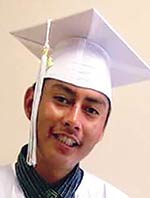 GALLUP — Funeral services for Donavan Kevin Barney, 25, will be held today, Jan. 23, at 10 a.m. at Rollie Mortuary in Gallup. Burial will follow at the Gallup City Cemetery.

Donavan was born Oct. 11, 1994, in Gallup, into the Tódích’íi’nii (Bitter Water Clan), born for Táchii’nii (Red Running Into the Water People Clan). His nali is Áshiihí (Salt People); chei is Tsi’naajinii (Black Streak Wood People). He passed away Jan. 8, 2020, in Gallup.

Donavan attended Tohatchi Elementary School, Chooshgai Community School and Tohatchi High School, receiving a GED in Gallup. He enjoyed listening to rap music, playing with his niece and nephew, and hanging with his friends.

Donavan is survived by his parents, Rosita Tom and Daniel Barney; and sister, Jessica Barney. 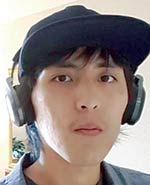 THOREAU, N.M. — Funeral services for Daniel Ely Willie, 24, will be held Friday, Jan. 24, at 10:30 a.m. at the Thoreau Church of God in Thoreau, New Mexico. Burial will follow at the Gallup City Cemetery, located on the west side of Gallup.

Daniel was born Jan. 19, 1995, into the Kiyaa’áanii (Towering House Clan), born for Tódích’íi’nii (Bitter Water Clan). He passed away Jan. 18, 2020, at the Lovelace Medical Center in Albuquerque.

Daniel attended Gallup High School and was employed with Hampton Inn in Gallup. He had a passion for heavy metal music, attending rock concerts, skateboarding and loved to be with family.

Daniel is preceded in death by his father, Ernest Willie Sr.; and maternal grandparents, Mary W. and Nelson J. Yazzie.

Rollie Mortuary in charge of arrangements. 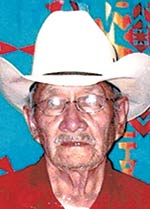 PREWITT, N.M. — Funeral services for Morty Tom Johnson, 81, will be held Saturday, Jan. 25, at 11 a.m. at the family residence, located across from the Baca Chapter House, in Prewitt, New Mexico. Burial will follow at the Grants cemetery in Grants, New Mexico.

Morty was a well-known Christian gospel singer all over the Navajo Reservation. He loved to travel and spend time with family and friends.

Morty is preceded in death by his parents, Tom and Emma Johnson; brothers, Roger Johnson and Freddie Johnson Sr.; and grandson, Marty Valdo. 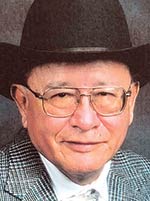 SHIPROCK — A public memorial service to honor the life and legacy of the late Honorable James Tomchee is set for Saturday, Feb. 1, at 11 a.m. at the Phil Thomas Performing Arts Center in Shiprock.

Born and raised in Red Valley, Arizona, Tomchee is Kinlichíi’nii (Red House People Clan), born for Táchii’nii (Red Running Into the Water People Clan). His maternal grandmother is Bit’ahnii (Under His Cover Clan) and his grandfather is Naakai Dine’é (Mexican Clan).

Tomchee married Marie Clah Brown in 1956 and attended Fort Lewis College before graduating from Utah State University with a bachelor’s degree in 1960 and the University of New Mexico with a master’s degree in education administration in 1970. He was four credits short of obtaining his doctoral degree from Arizona State University.

Tomchee began his career as a teacher in 1960 and rapidly moved up the education ranks of the BIA to become one of the most effective Diné educators of that era. He served as the first Navajo principal at Nazlini Boarding School and Cottonwood Day School, and was promoted to assistant education director and educational liaison.

In 1970, he became the first Navajo superintendent of education for BIA Shiprock Agency until he retired in 1991.

Tomchee served on the 17th Navajo Nation Council (1991—1995) representing Teec Nos Pos Chapter. Concurrently, in 1992, he was elected as the first Navajo superintendent for Apache County Schools where he served until 2005.

Tomchee was bestowed “Honored Professional” of Who’s Who in Executives and Businesses in 2000, a national registry. A practicing roadman, he served as president of Azéé Bee Nahagha of Diné Nation (formerly known as the Native American Church of Navajoland, Inc.) 1984—1988.

From the late 1950s through the1980s, Tomchee’s contributions to ABNDN were significant. His contributions included the establishment of land known as Peyote Garden in Mirando City, Texas, in 1987, for ABNDN, where a Navajo Nation flag is flown.

Tomchee is preceded in death by his son, Stanley James Tomchee; and parents, Tom Nakai Chee and Esther Yazzie Chee.

LeWanda attended Tohatchi High School and New Mexico State University. She was employed as a radio personality on various radio stations such as KXTC, KGLX, KGAK, and as “Midnight Cowgirl” on KTNN.

LeWanda is preceded in death by Jerome Francisco, Massiquio A. Jones; parents, Kathleen B. and Kenneth R. Francisco; and grandfather, James C. Becenti.

A reception will take place at the Tohatchi Chapter House, following services.

Desert View Funeral Home is in charge of arrangements.