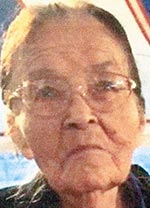 Julie is preceded in death by Willis M. Price and Willard (Tex) Price. 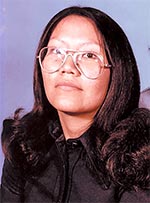 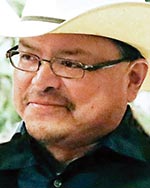 Melvin was born Feb. 12, 1967, in Page, to Max and Rose (Saganitso) Johnson. The beloved husband, father, grandfather, uncle, brother, cousin, and friend got called home to be with the Lord unexpectedly on July 3, 2021.

Melvin grew up in Coppermine, Arizona, just south of Page, where he attended school. He graduated from Tuba City High School, where he excelled in running track and receiving many awards and medals.

After graduating high school, Melvin went to Salt Lake City, where he met Velma “Vel”. They got married and raised four children together as they kept traveling farther north and finally resided in Bountiful, Utah, where they continued to raise their family.

Melvin’s love of adventure was fulfilled as he traveled the country for work where he ended up in Phoenix, when he passed.

Melvin was always the one who could turn a silent room into a burst of laughter with just a few seconds. Anyone that met him has a funny story to tell about him. He was never without a Utes baseball cap or his cowboy hat on his head.

Mel was a lover of fishing, rock and roll, country music, rodeos, Utah Utes football, and his Kansas City Chiefs. He was completely overjoyed when they finally won the Super Bowl.

Mel was such a proud father and an even prouder cheíí (grandpa in Navajo). He would call his grandkids his little Chief’s fans. They all loved him immensely.

We will always remember Mel’s hilarious sense of humor, his smile, his laugher, and his ability to be able to fix absolutely anything. He was our handyman, sports coach, storyteller, teacher, adventure seeking, bull riding, and lord loving man.

Mel wouldn’t want anyone to be sad at his passing. When you think of him, celebrate all the good memories and laughter he would bring. He’s not gone, he’s gone fishing.

Mel is survived by his wife, Vel; children, Rafael (Vernell), Deann (Aaron), Melvena, and Mika (Beau); mother, Rose; siblings, Cecil, Calvin and Doreen; and 10 grandchildren (who called him Cheíí) and countless other family members and friends.

Mosdell Mortuary is in charge of arrangements. 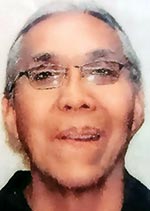 GALLUP — Funeral services for Ben Thomas Jr., 66, of Tohatchi, New Mexico, will be held Friday, July 16, at 10 a.m., at the Rollie Mortuary Chapel in Gallup, with Ramone Yazzie officiating. A private burial will follow.

Ben attended Tohatchi Boarding School, earning a diploma in Milwaukee, Wisconsin, and attending the University of New Mexico. He worked for Navajo Nation Behavioral Health as a counselor, auto mechanic, and Sun West Bank as an accountant.

Ben was an avid reader and enjoyed fixing things such as vehicles, motorcycles, and radios.

LUKACHUKAI, Ariz. — Funeral services for Dean Paul James, 51, of Lukachukai, Arizona, will be held Friday, July 16, at 10 a.m., at Our Lady of Fatima Church in Lukachukai. Burial will follow at the Lukachukai cemetery.

Rashad attended Tohatchi High School and worked for Wal-Mart, pipefitter in Redlands, California, Cheii Transport, and was a self-employed artist.

Rashad is preceded in death by his parents, Lucy and Jimmy John; sisters, Francine and Vivian; brothers, Arliss, Edward and Jaymi John; and grandparents, Lupita and Edward King, and Clara and Peter John.