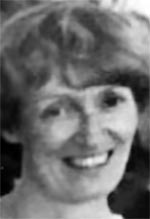 PRESCOTT, Ariz. — Funeral services for Laramie McSparron Jarvi, 87, of Chinle, will be held Friday, Oct. 1, at 10 a.m., at The First Congregational Church in Prescott, Arizona, with Pastor Jay officiating. Burial will follow at the Middle Verde Cemetery in Camp Verde, Arizona.

Laramie was not part of a clan, but because her parents were so integrated into the community between 1919 and 1956, we feel that people will want to know our mother has passed who knew her parents and sister.

Laramie attended the University of Arizona earning a bachelor’s degree in education in 1956. In the early 1980s, she earned a dual master’s degree from Northern Arizona University in special education and school administration.

Laramie was employed as a preschool and kindergarten teacher until just after her 70th birthday.

Laramie’s primary interest was her five children. She was a 4-H leader, den mother, and school volunteer. She also spent many hours teaching Sunday School at the First Congregational Church.

A reception will take place at The First Congregational Church, following services.

Simple Cremations in Las Vegas, is in charge of arrangements. 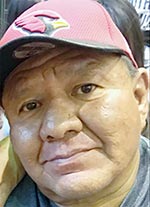 Ken was born Jan. 20, 1965, in Fort Defiance, into the Táchii’nii (Red Running Into the Water People Clan), born for Honágháahnii (One-walks-around Clan). He passed away July 20, 2021, in Albuquerque.

Ken graduated from Window Rock High School and attended Tulsa Welding School. He worked for TLC Plumbing and Utility, and was a welder and Jack-of-all-trades.

Ken enjoyed spending time with family, listening to classic rock and country music, and watching UFC, NFL and NBA. His favorite teams were the Arizona Cardinals and Phoenix Suns.

Willie was born Nov. 28, 1938, in Torreon, to Polito and June Trujillo Montoya. He was of the Ta’neeszahnii (Tangle Clan), born for Táchii’nii (Red Running Into the Water People Clan). He passed away peacefully on July 11, 2021, in Albuquerque, with family members at his side.

Willie attended school in Chilocco, Oklahoma, in the late 1950s where he met Dorothy Reed Montoya of Klagetoh, Arizona. He retired after working 25 years for the Bureau of Indian Affairs in Crownpoint, Klagetoh, Toyei, Arizona, and Dilkon, Arizona.

Willie received certificates from the Albuquerque School of Theology in Baptist history and polity, missions, evangelism and church planting; and a diploma in Christian ministry from Golden Gate Baptist Theological Seminary. He pastored the Eagle Springs Baptist Church in Ojo Encino, retiring several years ago.

Some of Willie’s hobbies were watching the Kansas City Chiefs, old western movies, making leather crafts for his siblings, and reading his bible. 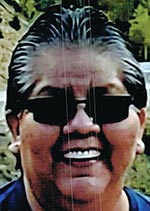 GALLUP — Funeral services for Brenda Etsitty, 55, of Twin Lakes, New Mexico, will be held Saturday, July 31, at 10 a.m., at the Rollie Mortuary Palm Chapel in Gallup, with Darrell Yazzie officiating. Burial will follow in Gallup.

Brenda was born July 11, 1966, in Fort Defiance, into the Haltsooí (Meadow People Clan), born for Táchii’nii (Red Running Into the Water People Clan). She passed away July 24, 2021, in Albuquerque.

Brenda attended Tohatchi High School and was employed with Thunderbird Jewelry as a silversmith. She loved traveling with her family to Silverton, Colorado, playing softball with various teams, and spending time with her grandchildren.

Brenda is preceded in death by her mother, Norma Etsitty; and father, Edison Etsitty.

Dave is preceded in death by his mother, Carol Halona; grandfather, Wallace Halona; and maternal grandparents, Grace and Jimmie Thompson. 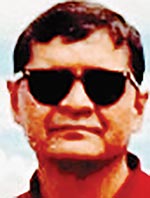 Stanley was born Sept. 26, 1953, in Fort Defiance, into the Tódích’íi’nii (Bitter Water Clan), born for Tábąąhá (Water’s Edge Clan). His cheii is Táchii’nii (Red Running Into the Water People); nalí is Honágháahnii (One-walks-around). He passed away July 18, 2021, in Mesa, Arizona.

Stanley graduated from Window Rock High School in 1972. He was a cross-country runner and obtained many medals, as well as taking the Arizona State Track Champion title.

Stanley attended Diné College and served in the U.S. Marine Corps during the Vietnam War. He was employed as a purchasing agent at various locations within the Navajo Tribe and worked for the Northern Arizona VA Health Care System in Prescott, Arizona, where he worked in the prosthetics department helping fellow veterans. He retired two years ago after over 20 years of service.

Stanley enjoyed sweatlodges with friends, going to casinos and spending time with his family. He also co-founded the Prescott Powwow alongside his co-worker and friend, Robert Rice.

Summit Mortuary was in charge of arrangements.

HOUCK, Ariz. — Funeral services for Lydia Lynn James, 32, of Houck, Arizona, will be held Monday, Aug. 2, at 10 a.m., at the Good News Mission Church in Houck, with Eugene Chee officiating. Burial will follow at the Houck cemetery.

Lydia is preceded in death by her father, Ernest James; and brother, Lance James.

A reception will take place at the Cly residence (rural community, No. 38) in Sanders, Arizona.