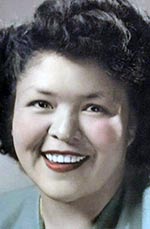 Pauline was born Jan. 23, 1925, in Hotevilla, Arizona. Her mother is from the Tobacco Clan and her father is from the Snake Clan. She passed away June 5, 2021, in Phoenix.

Pauline attended Oraibi Day School from first to eighth grade and continued her education at Santa Fe Indian School, graduating in 1945. After graduating, she briefly worked in California and later returned to Arizona to work at Flagstaff Medical Center in the food service department. While she worked there, she later met her future husband, Byron L. Tsingine.

Pauline also worked as a dorm attendant for the Bureau of Indian Affairs boarding schools at Leupp, Nazlini, Many Farms, and Kaibeto, Arizona. She enjoyed ranching, traditional Hopi duties, and supporting her eight children, 21 grandchildren and 19 great-great-grandchildren.

Byron and Pauline were inducted into the Flagstaff Sports Foundation 2016 Hall of Fame.

A celebration of Pauline’s life will take place in the near future.

Norvel Owens Mortuary was in charge of arrangements. 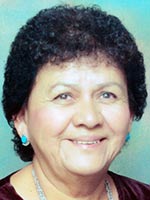 Julia was born July 6, 1945, into the Bit’ahnii (Under His Cover Clan), born for Kinłichíi’nii (Red House People Clan). Her nalí is ‘Áshįįhí (Salt People); cheii is Tsenabahiłnii (Sleep Rock). She passed away June 6, 2021, in Fort Defiance.

Julia retired from the Navajo Nation and enjoyed driving, listening to KTNN and spending time with family and friends.

Julia is survived by her daughters, Vivian Upshaw, Juliana Upshaw and Victoria Upshaw; brothers, Tommy Castillo and Toni Castillo; and 14 grandchildren and 11 great-grandchildren.

A drive-thru reception will take place at the Upshaw residence in St. Michaels, following service. 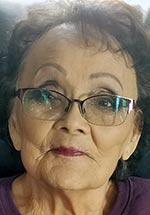 Marie was born in Steamboat, Arizona, to the late Harry and Yannebah Brown. She was Mą’ii deeshgiizhinii (Coyote Pass Clan), born into Kinyaa’áanii (Towering House Clan). Her maternal father’s clan is Táchii’nii (Red Running Into the Water) and her paternal father’s clan is Tsi’naajinii (Black Streak Wood People). She passed away June 4, 2021, at the Beehive Assistant Living Facility in Page.

Marie obtained her education at the Chemawa Indian Boarding School, in Salem, Oregon. She was employed as an instructional/dormitory aid at several boarding schools from Richfield, Utah, to several other cities in Arizona, including Kinlichee, Snowflake, and Toyei.

In her later years, Marie was known as a cook’s helper at various local restaurants, including the famed Empire House, Holiday Inn, and several truck stops. She was a longtime member of the Church of Jesus Christ of Latter-Day Saints.

Marie was known for her excellent skills as a seamstress and cooking both traditional and modern dishes. Her hobbies included dancing, beading, knitting, gardening, and some weaving in the past.

Marie will be remembered for her outstanding homemaking skills, her love for all, remaining strong and determined, and her sweet and caring characteristics. 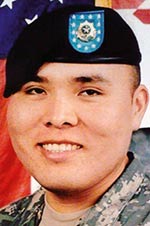 Marshall graduated from Window Rock High School in 2001 and received an associate’s degree in theater fine arts from Mesa Community College on May 9, 2014. 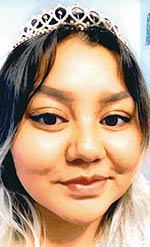 Jessi was born March 3, 1993, in Gallup, into the Tódích’íi’nii (Bitter Water Clan), born for Tó’aheedlíinii (Water Flow Together Clan). She passed away May 30, 2021, in Albuquerque.

Jessi graduated from Crownpoint High School and was employed as a restaurant server. She enjoyed singing and cooking.

Jessie worked at Mount Rose with sugar beets for 15 years. She loved to weave, do beadwork, pick piñons, and being in the canyon. She loved her animals, children and grandchildren.

Jessie is survived by her sons, Kenneth Etsitty and Dalton VanWinkle; daughter, Bessie VanWinkle; and 27 grandchildren, 35 great-grandchildren and one fourth-generation grandchild.

Jessie is preceded in death by her husband, Wilfred Etsitty; brother, Ben Bahe Sr.; and parents, Blanche and Denet Bahe.

GALLUP — Funeral services for Ethel Smith, 89, of Tohatchi, New Mexico, will be held Monday, June 14, at 10 a.m., at Rollie Mortuary in Gallup, with Pastor Roger Scarbro officiating. Burial will follow at the Tohatchi community cemetery.

Ethel attended primary education and was employed at Gallup McKinley County Schools as a cafeteria supervisor in Tohatchi. She was a notable seamstress, crochet award-winning artist, chef of renowned recognition, and her beadwork was of superior excellence. She enjoyed gardening and taking care of the livestock.

A drive-thru reception will take place at the Tohatchi Chapter House, following services.

SHIPROCK — Funeral services for Chester Franklin Sr., 89, of Shiprock, will be held Friday, June 11, at 10 a.m., at Christ the King Catholic Church in Shiprock, with Father Patrick C. Wedekind officiating. Burial will follow at the Kirtland cemetery in Kirtland, New Mexico.

A reception will take place in Shiprock, following services.

Cope Memorial Chapel—Kirtland is in charge of arrangements.