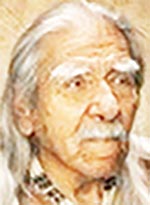 He was one of five children. At approximately age 2, he was taken to a church-ran orphanage, as were two of his sisters and an infant brother, Jackie.

They were taught to speak English and were not allowed to speak their native tongue. As a boy of approximately 16, he ran away from the orphanage and hobo’d his way to San Francisco, California.

Henry joined the Army as soon as he could and served for 21 years. He was a paratrooper assigned to the 82nd Airborne, the 87th Airborne and 101st Airborne (Screaming Eagles). He fought for the duration of the Korean War and did three tours in Vietnam, where he was wounded but was never recognized for it.

After retiring from the Army, Henry moved to Corpus Christi, Texas, where he worked on helicopters and fixed-wing aircraft. This is where he met and married his wife, Robin Goss. Robin had two daughters from a former marriage. Henry quickly took the role of Dad and loved them unconditionally.

Henry was a wonderful man, husband, father, and friend to all those who knew him. May his dream catcher never fail him!

Henry was preceded in death by his mother, father, Hosteen Tso; brother, Lee; and two sisters, Annie and Patsy; and nephew, Eddie.

The Yabah family would like to thank everyone with deep appreciation for all the many expressions of kindness and love. Special thanks to Marie and Wilford Howe (very special friends to Robin Yabah) whose prayers and words of wisdom have helped her greatly over the years. 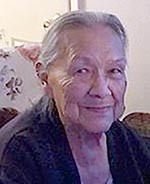 CRYSTAL, N.M. – Graveside services for Elizabeth Ann Jones, 82, hometown of Crystal, were held on June 1 at 10 a.m. in Sosila, Arizona.

Jones was a house wife who enjoyed sewing traditional outfits, beading, and puzzles.

Jones is preceded in death by her children Lee, Lori, Johnson and Delfred; sister, Mary; and brother, Paul Jr.

His clans were Towering House, born for Big Water.

Davis was self-employed as a ranch hand for the family livestock. Davis was a lifelong cowboy, he attended Jim Shoulders Bull Riding School, he received many awards and recognition for participation in rodeos. He enjoyed hunting, horseback riding, camping and the great outdoors. He was a natural athlete, there wasn’t a sport he didn’t excel in. His greatest achievement was his children.

CAMERON, Ariz. – Graveside services for Harold Tracy, 60, of Cameron, AZ were held on Tuesday, May 31, 2022 at Cameron Community Cemetery. Richard R. Tracey officiated services. Tracy was born on June 8, 1961 at TCRHCC, he passed away May 22, 2022 in Cameron. His clans are Todich’iinii (bitter water) born for Kinyaa’aanii (Towering house). Tracy graduated from Tuba City High School, he worked in construction as a wood framer and carpenter. He was also a gifted guitar player and he was very fond of playing Blues music. Tracy is survived by his Parents Rose and Francis Tracy Sr.; daughters Melody Tracy, Jolene Tracy, Tamisha Jensen, Heather Tracy; brothers John Tracy, Francis Tracy Jr., Patrick Tracy; sisters Nita Tracy, Aleta Tracy; and thirteen grandchildren and one great-grandchild on the way.

STEAMBOAT, Ariz. – Graveside services for Alfred H. John Jr., 60, of Steamboat, Arizona, were held on May 27 at the family plot in Steamboat. Peter Yazzie officiated services.

John is survived by his wife, Alice Mary John; his three sons; his five daughters, one brother; one sister;18 grandchildren; and three great-grandchildren. 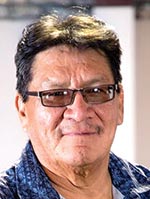 DILKON – Funeral Services for Ferris Don Keams (Donnie),59, of Dilkon/Cedar Springs, Arizona, will be held at 11 a.m., June 9, 2022, at the National Cemetery in Riverside, California. Chaplain Kemp will officiate services.

Donnie was a beloved father, grandfather, brother, uncle and friend to many. He was born in Fort Defiance, Arizona. Graduated from Window Rock High. He attended Phoenix Automotive Technology and worked in housing construction in Phoenix and Denver.

He enlisted in the Army in Colorado Springs and served four years and was honorably discharged. He was a self-employed silversmith at the time of his death. He was taught this trade by his father, Chee Keams.

He was preceded in death by his parents, Winnie Jackson Keams and Chee Keams; sister, Darlene Brenda Loretto; and, brother, Terry Cornell Keams.

Donnie was loved by so many and will be remembered by all. Pallbearers will be the Riverside National Cemetery Honor Guards. 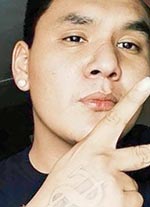 MICHAELS, Ariz. – Funeral services for Tyro Chischilly, 22, of St. Michaels, Arizona, will be held at 8 a.m. on June 3, 2022. Burial services will take place in St. Michaels.

His clans are Towering House, born for Salt Water People.

Reception will be held at 12 p.m. the blue trailer behind Cool Runnings (3B Mercedes Rd., St. Michaels). 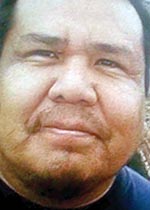 Begay clans are born for the Red Jump into the Water People. Paternal and maternal clans are Honeycomb and Towering House People.

Begay is preceded in death by his father Jackie Begay; and many friends and family members who have gone home before him.