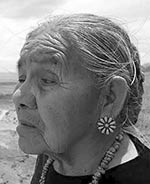 Mary was born Dec. 19, 1936, in Goulding, Utah, into the Bit’ahnii (Under His Cover Clan), born for Tó’áhaní (Near the Water Clan). She passed away May 13, 2020, in Valparaiso. Mary enjoyed gardening and tending to her livestock.

Moeller Funeral Home and Crematory was in charge of arrangements. 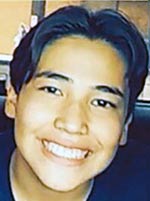 He was born May 25, 2004, in Farmington, to Elvira L. Weeks and Darin Weeks. His maternal clan is Tó’aheedlíinii (Water Flow Together Clan) and paternal clan is Tábaahá (Water’s Edge Clan).

Joseph was in the 10th grade at Piedra Vista High School. His hobbies included online games with numerous friends and family members. He loved to go camping, play basketball, and practiced survival skills. In his spare time, he loved to ride four-wheelers.

He had uncles, cousins, and so many friends that loved him dearly as a little brother.

Joseph is survived by his parents, Elvira and Darin Weeks; brothers, David Weeks and Blayne Weeks; and grandparents, Abbie Allen and Arlene Russell, and Mark and Pauline Den Arend.

Donations can be made at Cope Memorial Kirtland Chapel at 505-598-9636 or Elvira Week’s Facebook page or Go Fund Me.

The family appreciates all heartfelt phone calls and prayers. 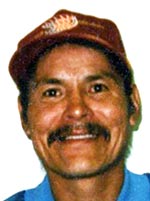 He was the father to his twin girls and had a great love for his community and people. He spoke the traditional Navajo language fluently and proficiently. Alvin was born March 4, 1958, to Fred and Lenita Adakai, of Manuelito, New Mexico, as the 11th child of 13. He was born into the Tódích’íi’nii (Bitter Water Clan), born for Naakai dine’é (Mexican People Clan).

Alvin was raised in Manuelito, and attended the Indian boarding school in Thoreau, New Mexico, until high school where he ran track and field and played football at Gallup High School.

He graduated in 1976 and went on to attend Haskell Indian Nations University, formerly known as Haskell Indian Junior College, where he obtained his associate’s degree in liberal arts in 1986.

Alvin returned to Manuelito, working as a chapter manager from 1988 to 1994. He believed in obtaining an education and instilled this importance in his girls. Alvin was a very generous, respectful, considerate, and thoughtful individual. The people of Manuelito community will remember all the positive achievements he accomplished for his people.

The family will receive family and friends at a later date. Galbaldon Mortuary, in Albuquerque, is in charge of arrangements. 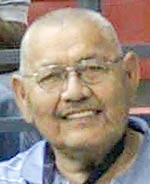 Luther was born June 11, 1943, in Fort Defiance, into the Naaneesht’ézhi Táchii’nii (Charcoal Streaked Division of the Red Running Into the Water People Clan), born for ‘Áshiihí (Salt People Clan).

A reception will take place at Carol Robinson’s residence in San Carlos, following service. Lamont Mortuary is in charge of arrangements. 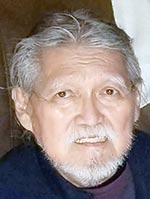 Tony graduated from Window Rock High School in 1962 and played football and wrestled for the Scouts. He moved to Chicago, to attend trade school then returned to Window Rock, for a brief moment before moving and settling in Los Angeles.

He was employed with General Electric as an appliance repairman until his retirement in November 1997.

Tony met Betty (Yellowhorse) Morgan in Los Angeles, around 1968 and they were married in 1973. December 2019, they celebrated their 46th wedding anniversary. Tony was a member of the American Indian Bible Church in Southgate, California, as a one of several church leaders.

An avid sports fan, he liked watching the Dodgers, Lakers and boxing events plus various other sports showing on the ESPN channels. When Tony was able to see, he read Sci-Fi and political mysteries.

Tony is preceded in death by his parents, William Morgan Sr. and Desbah (Dickson) Morgan; sister, Dorothea M. Johnson; brothers, Stanley E. Morgan, William Morgan Jr., and Wilbert L. Morgan; and nieces, Aubrey R. Morgan and Mia J. Henderson. Due to social distancing during the COVID-19 pandemic, no funeral service will be held. A memorial service will be held in the future. No date has been determined at this time. 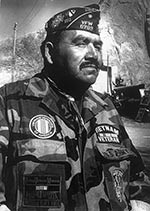 Earl served as former commander of the Tséhootsooí Twin Warrior Society and was inducted into the Arizona Veterans Hall of Fame Society in 2013. 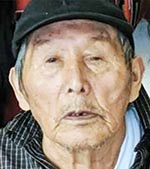 TOHATCHI, N.M. — Graveside service for Glenn Dennison, 85, was held May 27 at the Tohatchi community cemetery in Tohatchi, New Mexico.

Grandpa Glenn lived a long, simple, rich, and fulfilling life of 85 years. He was raised in Tohatchi, by his late mother, Carrie Dennison, and lived most of his life tending to his sheep and cornfields. His father was the late John Dennison.

Grandpa Glenn attended Intermountain Indian School in Brigham City, 60 miles north of Salt Lake City, Utah. He was married to the late Rose Arviso of Coyote Canyon, New Mexico, and lived on her family’s land until her death.

Grandpa Glenn enjoyed herding sheep until he was no longer ambulatory. He took care of the sheep and lambs by providing for all their needs without asking for help and knew every face of his flock, so if the grandchildren lost one he provided a description of which one was missing and most likely their location.

Grandpa Glenn believed in hard work as he maintained a fixed daily schedule even when he was only working in his cornfields. He kept track of when he “clocked into work” and a lunch into his day and was “off work” only after he put in an honest day’s work.

Grandpa Glenn enjoyed staying up to date with current Navajo news and peyote songs by listening to KTNN, reviewing newspapers and magazines (when he could get them), and sharing stories of his childhood. He was a strong believer of the Navajo traditional way of life.

We were grateful that God thought us so worthy to have blessed us with the best grandpa in the world for 85 years. We have many fond memories and stories of our time with him. He will be sorely missed by all who knew him.

Due to the COVID-19 pandemic, a memorial dinner will take place in the future. No date has been determined yet. 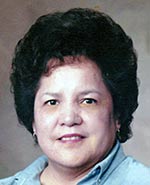 FORT DEFIANCE — Emolind (Emily) Tapahe, 80, will be laid to rest Monday, June 1, at the Fort Defiance cemetery. There will be no church services due to the coronavirus pandemic.

Emily was born March 16, 1940, at the Rehoboth Hospital in Rehoboth, New Mexico, into the Táchii’nii (Red Running Into the Water People Clan), born for Kinlichíi’nii (Red House People Clan). She passed away May 26, 2020, at the Little Sisters of the Poor Assisted Care Center, due to complications of the coronavirus. Emily spent her early life in Fort Defiance, where her mother worked for the Fort Defiance Indian Hospital and the BIA Boarding School. She also spent time at the Tapahe traditional home in Coalmine, New Mexico, helping her grandparents with herding sheep.

Emily went to school in Fort Defiance, and later went to Intermountain Indian School in Brigham City, Utah. She and her twin sister Imogene graduated in 1958. Emily worked in San Francisco, California, for a few months then returned to Salt Lake City, to work in a beauty salon in the Zion’s Cooperative Mercantile Inc. department store. She worked there for nearly 20 years as a professional manicurist.

Emily was known as a humble and kind person with a big heart. She would often receive compliments from her work at ZCMI. When family or friends came to visit her, she would always make sure they ate well and had a place to stay.

Only five family members are allowed at the gravesite due to the Coronavirus. The Tapahe family wishes to thank all those who knew Emily and supported her throughout her life.

MEXICAN SPRINGS, N.M. — Graveside service for Alverda Muskett, 42, will be held today, May 28, at 10 a.m. at the family plot in Mexican Springs, New Mexico.

Alverda was born Nov. 24, 1977, in Fort Defiance, into the Tábaahá (Water’s Edge Clan), born for Tl’ógí (Weaver-Zia Clan). Her nali is Naakai dine’é (Mexican); chei is Táchii’nii (Red Running Into the Water People).

She passed away May 20, 2020, in Albuquerque. Alverda attended Navajo Pine and Navajo Elementary School, graduating in the top 10 of her class in 1996 from Fort Wingate High School.