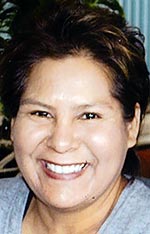 Terri is preceded in death by Danny Atcitty III. 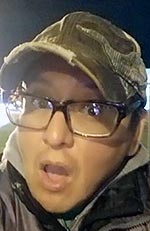 During his young life, John graduated from Page High School, participating in track, cross-country, and played in band and enjoyed Spanish. Then John started a new life adventure in Ohio. He lived in Newark, Ohio, with his beloved pets Mega, Kanoa, and Bubbles. John worked at DHL and later a bread company.

Your mother, brothers, and sisters love you and will miss you very much. Jay, rest in peace, with your cat Mega, doggie Kanoa, your dad, sisters, and your nephew.

Jones attended high school in Anadarko, Oklahoma, and was an ironworker in Chicago, Navajo Police officer in Crownpoint, and a diesel mechanic in Dallas, Texas. He loved rodeo and horses.

Jones is preceded in death by his parents, Billy and Nellie High; son, Harry High; and sisters, Helen Olson and Sistah Thomas.

Honorary pallbearers were Todd Footracer and Million Thomas. Silver Creek Mortuary was in charge of arrangements.

Raymond graduated from Sherman High School and took an internship in bakery while in school. He retired as a baker and was a full-time caregiver for his family. Raymond loved to cook and enjoyed gardening, chopping wood, long walks, landscaping, watching western movies, and listening to KTNN and George Strait songs.