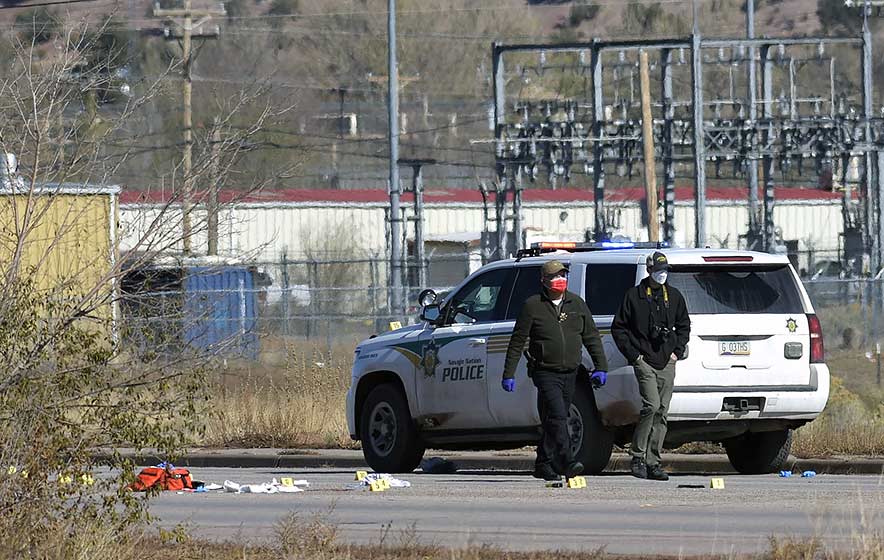 Navajo Times | Donovan Quintero
A Navajo Nation Criminal Investigator and an FBI agent walk by the scene where an alleged shooting took place on Tuesday morning in Fort Defiance on Navajo Route 12. The highway will be closed while police investigate the incident.

According to Navajo Nation Police Chief Phillip Francisco, the officers were not injured.

Francisco did not elaborate on the shooting, but said, “Officers are all OK. Not injured or shot.”

The road was closed a quarter mile north of the 7-2-11 convenience store while police investigated the incident.

A witness, who did not want to be identified, said he received a call about 11:15 a.m. that someone had been shot.

Another witness said he was feeding his animals when he heard three or four gunshots. An ambulance came and “used a stretcher” to take the victim, he added.

According to a source familiar with the alleged shooting, the victim, a man, died of his wounds at the Tse Hootsooi Medical Center in Fort Defiance.

A Navajo Nation Police vehicle and a police taser were cordoned off with yellow markers as part of the investigation.