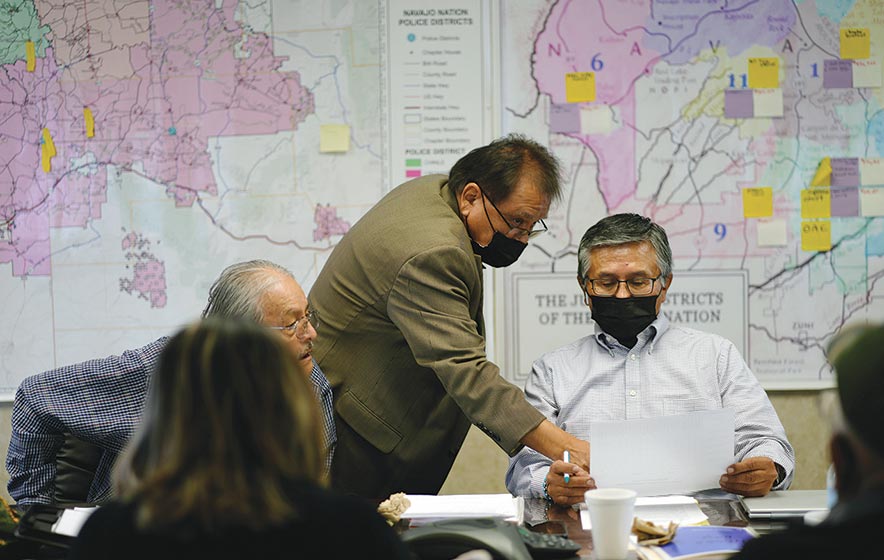 Amid continued concerns about the discrepancies identified during a five-day recount of the Navajo Nation presidential ballots, the Navajo Board of Election Supervisors voted to certify the votes.

Even as former candidates Ethel Branch and Emily Ellison protested the certification as board members discussed the recount, their trepidations seemed to fall on deaf ears.

On Tuesday, Raymond Maxx, Navajo Board of Election Supervisor vice chair, said the misunderstandings between election officials and the former presidential candidates, insinuations of corruption, and conspiracy theories that Navajo votes may have been tampered with, sent mixed public messages.

“Human error made that cause,” Maxx said, referring to the discrepancies the election board agreed existed.

Maxx said it was easier to comprehend the former candidates when one spoke.

“When they all speak, they send mixed messages,” Maxx said.

Former Navajo Nation Presidential candidate Rosanna Jumbo-Fitch, who partook in last week’s election board meeting via telephone, said the board did not take comments from Navajo voters and Navajo elderly into consideration before voting to certify the votes.

“The overall take away from this meeting was – the board still hadn’t responded to any of our requests of emails and letters, which leads me to believe that this 2022 election process will remain as is until (general election),” Jumbo-Fitch said on Tuesday. “Election history shows the lack of proper compliance with election laws, inability to update machines, and the overall process is not transparent.”

Jumbo-Fitch said she hopes that the election board will consider all requests made by candidates and community members.

“It was disappointing but not surprising to see the manner by which the Board proceeded in trying to speed through their vote to certify the recent, tainted primary without debate or discussion,” Branch wrote in an email to a question posed to her, Jumbo-Fitch, and Ellison. “It was as though the Board had already had their discussion and made their decision whether to certify the election in private and came to the meeting ready to vote in unison, as quickly as possible, and with as little public input as possible.”

Ellison’s perspective was a bit more pessimistic, stating the Navajo public was happy with the “status quo,” and did not “waste time” with the Navajo government.

“County systems surrounding Navajo have it more together and take democratic elections seriously,” Ellison stated in an email. “It’s hard to consider them illegitimate, (and) this recount/revote process is democracy in action.”

Former candidate Frankie Davis, who filed an appeal on Sept. 9, to the Navajo Nation Supreme Court, had her petition denied because she failed to meet the required 10-day timeframe to file. Davis filed a grievance on Aug. 9, seven days after the Aug. 2 primary election, with the Office of Hearings and Appeals.

Davis listed several voting discrepancies, including a claim she had received 421 votes from the Fort Defiance Chapter. According to the certified recount, Davis has an official count of 167 votes.

“If this was a mistake, why did the chapter post such an important election result to the people? Or was it the Election office/board who allowed this?” asked Davis in her Aug. 9 grievance filing.

Davis questioned if the votes weren’t corrupted and if they were counted or not. She also suggested doing a revote. 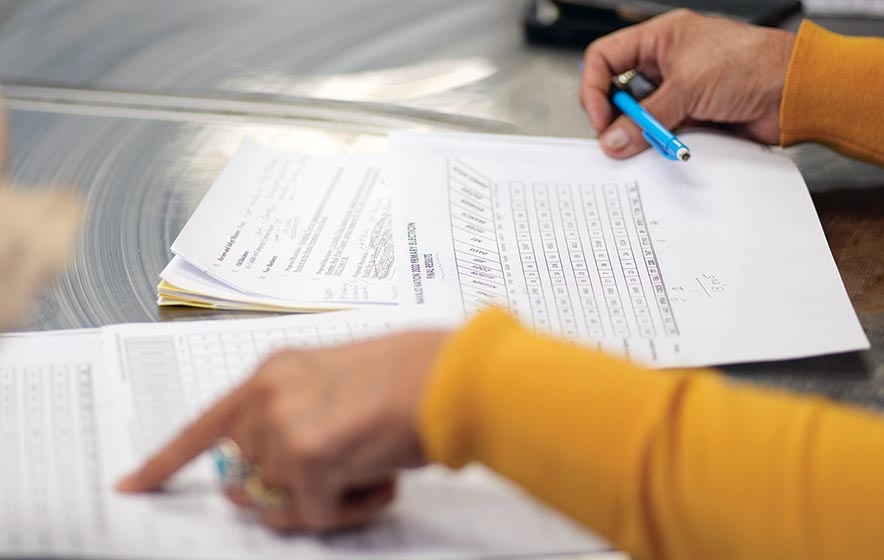 A revote is shared amongst many of the former candidates. Still, it most likely won’t happen because the Supreme Court sustained OHA’s dismissal of Davis’ grievance, and the votes have been certified.

Davis “failed to meet her burden of proof by the clear and convincing standard,” the Aug. 19 OHA dismissal stated.

Fourteen days after the OHA ruling, according to an appeal filed by Davis’ attorney David Jordan, his client received a copy of the OHA dismissal by picking up the dismissal at the OHA office in Window Rock, on Sept. 2.

Jordan said the Supreme Court is arguing his client could have gotten a copy of the OHA decision by certified mail instead of picking it up herself.

“And so, they dismissed because they said it’s late because it was due ten days from the decision and not ten days from receipt,” Jordan said.

According to Title 11 of the Navajo Election Code, an appeal based on OHA’s ruling “must be filed with the Navajo Nation Supreme Court within 10 days of receipt” of a decision.

“And they’re saying, ‘Well, you chose to pick it up yourself at the OHA office and could have picked up the certified mail earlier,’ which isn’t true, but that’s what they’re saying,” Jordan said.

Jordan said on Sept. 26, he would consult with his client on what the next step could be.

“We’re probably going to file a petition to reconsider because my client actually went to the post office, and the post office said they never received it,” Jordan said. “So, the Supreme Court is wrong in that she chose not to pick up the certified mail; there was no certified mail pickup.”

On Wednesday morning, Branch, Jumbo-Fitch, and former candidate Dineh Benally said they would be moving forward with a formal grievance with the OHA, which they would be filing tomorrow, adding they submitted a request to the election board asking for a special meeting on Thursday to consider the revote question.

Former Navajo Board of Election of Supervisors member Lenora Fulton said on Tuesday during her tenure lack of funding contributed to poll worker shortage on election day.

“I just wish that the tribe would give more money, enough money so that you can have a good election,” she said.

Fulton said the election officials would scramble and search for volunteers before the polls open.

“They have to try to find poll workers the morning before the election because there’s nobody, and you have to have an election,” she said. “So, you try to train somebody on the spot.”

According to the official results, a few numbers have changed.