Election board votes to move forward with Nov. 4 election 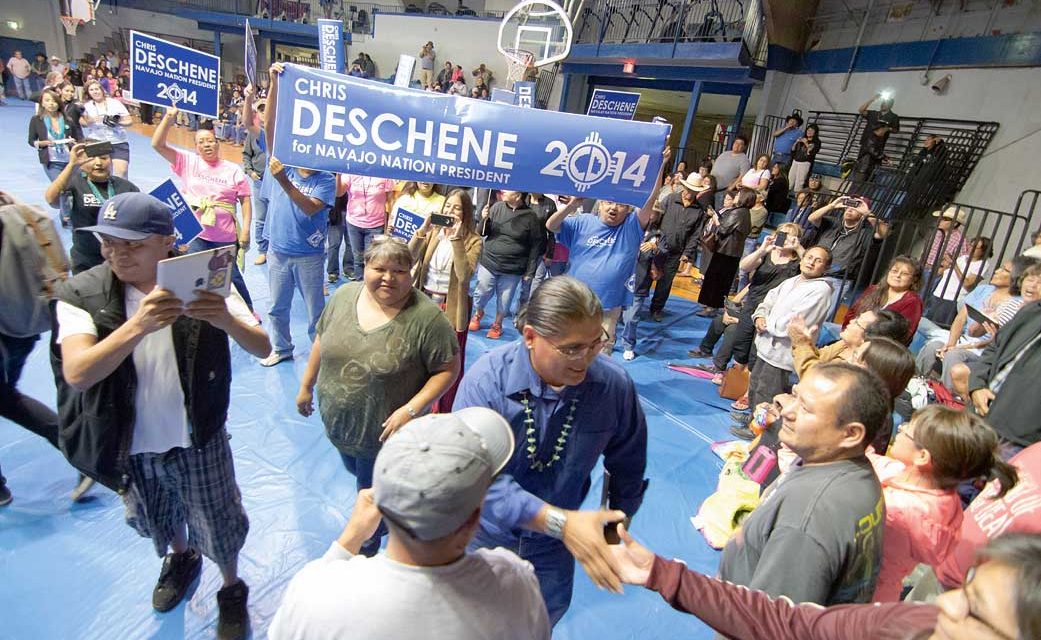 Kay Rogers and Rosalind Zah, both concerned voters who attended a special meeting of the Navajo Board of Election Supervisors on Tuesday, are relieved the Nov. 4 general election will go on as planned.

The pair, who provided the Navajo Times a brief synopsis of their legacy as advocates for the Native American vote in state elections, witnessed the 4-2 vote by the election supervisors.

The 4-2 vote by the board means that the Navajo public will get to vote in the 2014 Navajo Nation General Election with all candidates included.

The general election had reportedly been postponed because of a chalenge filed against presidential candidate Christopher Clark Deschene, as well as the Navajo Election Administration’s tight restraints in getting the general ballots printed for absentee voters.

“They didn’t do anything different from what they were supposed to do,” Rogers said about the decision by the election supervisors.

In addition to proceeding with the Nov. 4 general election, the supervisors also discussed the process of replacing Council Delegate and Speaker Johnny Naize from the Navajo Nation Council.

On Monday, Naize announced his resignation from the Council effectively on noon that same day. His resignation came on the eve of his hearing in Window Rock District Court for being involved in the discretionary fund scandal with other Council delegates of the 20th and 21st Navajo Nation Councils.

At his hearing Tuesday, Naize pleaded guilty to giving more than $37,000 to the families of other Council delegates in exchange for them giving the same amount to his family members.

Under his plea agreement, he agreed to pay restitution and could get up to 90 days in jail.