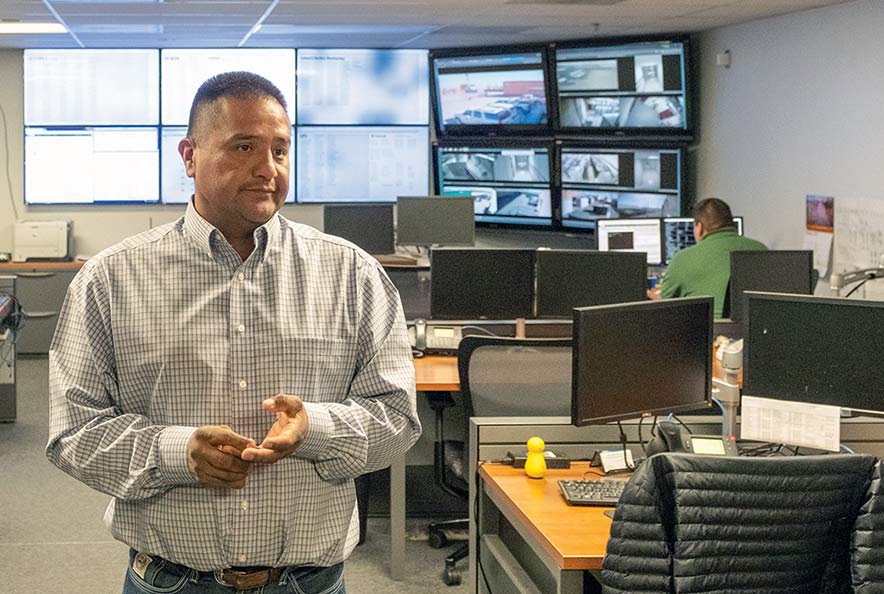 In order for Navajo Tribal Utility Authority to grow it has to increase its debt ceiling capacity to $1.5 billion, and this legislation will be one of 12 that will be up for a vote during the Navajo Nation Council’s fall session Monday.

“We have plans for the next 10 years of growth,” said NTUA attorney Heather Claw at the Oct. 10 Naabik’iyati Committee meeting. “This $1.5 billion that we are asking for our debt ceiling is not money we are asking for. It’s the ability to borrow up to that amount.” Currently, NTUA’s debt limit is at $500 million and the utility company’s 10-year plan exceeds this, so an increase is much needed, Claw said.

The bill’s sponsor, Budget and Finance Committee member Nathaniel Brown, said increasing NTUA’s debt ceiling would help to diversify the Navajo energy portfolio. “As a Nation we have grown past the typical electric utility as well as water,” said Brown. “There are a lot of projects. This is thinking outside the box … thinking of other ways to bring in revenue to the Navajo Nation.”

Within the next 10 years, Claw said NTUA is planning another solar project in Red Mesa, expanding on infrastructure such as the water and wastewater plants in Kayenta, Shiprock, Tuba City and Navajo, New Mexico. NTUA is also looking to take over Southern Trails Pipeline in northern Navajo, which goes from Bloomfield across to Shiprock, Red Mesa then on to Tuba City. “These are some of the projects that we are looking to build to better our Navajo Nation,” said Claw. “Basically what we are asking is the ability to continue to grow.”

Claw explained that the $1.5 billion would not go to providing homes with electricity. It would go toward projects that would generate money. If the money borrowed went toward providing electricity the customers would have to pay that and NTUA hasn’t increased its electricity rates for 12 years.

Although this was approved to move on to Council, NTUA was directed to provide a priority list showing how it intends to use the additional money it can borrow if the $1.5 debt ceiling legislation is passed.

“There is no project priority list … having a debt ceiling allows NTUA managing board and NTUA and our shareholders to identify the projects that make financial sense,” said Walter Haase, NTUA CEO, “and to fund those project over time. “I can’t tell you where these projects are going to built,” he said, “when they’re going to be built until I have all the elements in place. And many of those elements are out of my control.”

After explaining this to Naabik’iyati, a preliminary list, that is subject to change, of a four-year plan for electric and communication, water and wastewater, and natural gas projects was given to the Resource and Development Committee Wednesday. The list includes: 464.4 miles of electric member extension; 3,260 units of electric replacement; electric distribution; electric substation; electric transmission; geographical information system; electric system acquisitions; facilities/buildings and communications – totaling $314 million.

Regarding communication projects, the Red Mesa Solar Plant is the only one listed but the list will be amended and this totals $443 million. Natural gas projects include system improvements; rights of way; natural gas main and distribution; and gas line replacements – totaling $48 million.

Other bills on the agenda for the fall session include approval of $50 million from the Sihasin Fund for a scholarship plan; $3 million from Sihasin to the Division of Community Development for Tonalea Chapter and approving Tonalea Chapter’s building replacement plan; confirming Kimberly Dutcher as deputy attorney general; and appointing Dana Bobroff as chief legislative counsel.