Company: Navajo could be ‘Saudi Arabia of helium’ 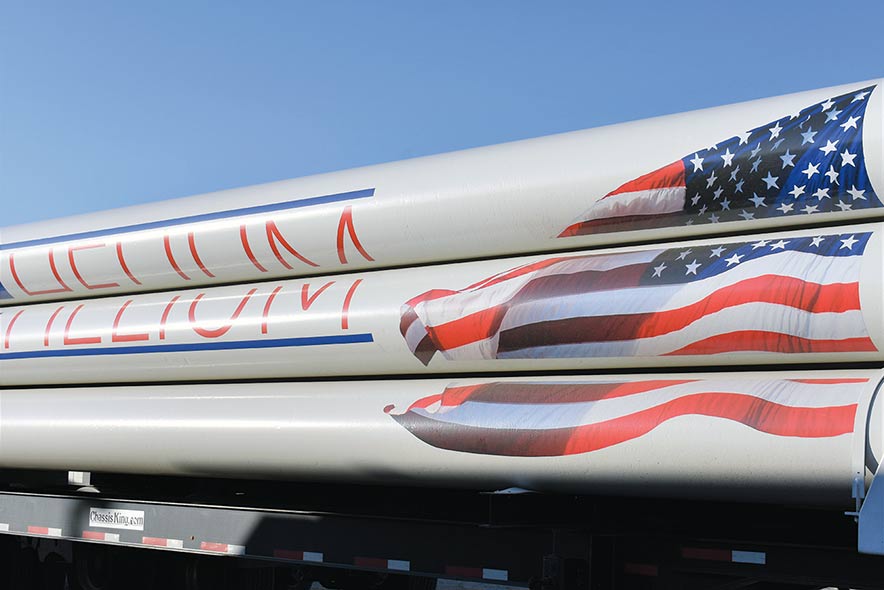 Helium just might be one of the Navajo Nation’s most valuable under-tapped natural resources but it is also controversial because it is largely misunderstood, said Jason Demers, president and chief operating officer of Tacitus LLC, a U.S. company operating on the Navajo Nation with headquarters in Farmington.

“Helium isn’t energy,” says Demers. “It’s a coolant. When you liquefy helium it’s the coldest substance known to man.” Helium is also non-flammable, non-combustible, odorless, tasteless, and is found naturally in our atmosphere, says Demers. It is the first of the noble gases in the periodic table of chemical elements.

Helium gas, not to be confused with gasoline fuel, is created deep in the mantle of the earth from the decay of radioactive materials such as uranium. While the scourge of uranium mining of the past century is major legacy issue for the Navajo Nation, the uranium Demers is talking about decayed hundreds of millions of years ago, long before man existed on the earth, he said. “Toxic uranium, when it decays, gives off the most non-toxic substance known to man — helium,” he said.

Demers said helium is often confused with energy because it is explored for in the same way. Helium extraction can look like oil and gas drilling. “It’s a misunderstood gas,” said Demers. “Because it’s a gas, people think of ‘oil and gas,’ but it’s more of a tech-sector thing. It has zero carbon energy to it. You don’t have to produce hydrocarbons to get to the helium.”

Demers explained there is no physical way to burn helium and it is the only gas that doesn’t leave a particle residue. As an inert gas, helium also makes for a uniquely powerful heat absorber and a purging agent, says Demers.

Beyond its familiar uses in balloons and blimps, helium has great value in all sorts of applications that require cooling or purging agents, including laser technology, the manufacture of semiconductors and circuit chips, medical diagnostics such as Magnetic Resonance Imaging scanners, space testing, solar cells, and cleaning combustion chambers in rocket launching systems.

In fact, many of these vital technologies could not work without essential helium, which guarantees a market for it. “It is a resource that the Navajo Nation is blessed with in abundance but it’s not an energy-related resource,” said Demers. “It’s an exception to the rule. It’s its own category.”

At the Tocito Dome Field helium recovery and separation plant just northwest of Littlewater, you can hear gas whistling through the pipes in the quiet of the vast landscape. “The Tocito field was the only new source of helium to come on-stream in the world in 2018,” said Demers.

After pursuing the project for several years, Tacitus began operations in April of 2018 when they acquired the federal Tocito Dome Field mineral rights lease from Robert Bayless oil producers who had been operating there since the 1970s. Tacitus worked out an agreement with the Navajo Nation Minerals Department and they were up and running by the fall of 2018 with 80 workers.

“One of the things that impressed me about Jason is he spent three years negotiating these leases,” said Navajo Nation natural resources developer Anthony Peterman, who consults for Tacitus. “In my experience, nobody stays around that long. He’s got a tremendous amount of patience.”

Demers says when Tacitus got started they decided to shut down the old oil field altogether because of the environmental risks associated with the aging infrastructure of the oil pipelines. “When we took over the field there was a lot of disrepair and old leaks that we cleaned up,” said Demers.

They also repaired waterlines for the community and upgraded roads, he said. Their community liaison, Charlie Jones, was hired to work with local residents.

Tacitus plugged old oil wells and sealed the off the oil. Then they put in infrastructure for producing helium and went back into the same wells, drilling down deeper into a Mississippian-era (360 to 323 million years ago) formation to access helium. Demers points out that the company is using “existing disturbances” that were created through the 40s and 50s for oil and gas development as a first option instead of creating new ones.

“I’m really excited about Jason’s operation, because our helium resources have been largely untapped,” said Peterman. “The minerals department negotiated a really good lease on behalf of the Nation so it has the potential to shore up that gap that we’re going to see from the loss of coal.”

This comes at a time when helium is in a crisis-level shortage, says Demers. It is precisely because non-renewable helium is in high demand and limited supply that Demers is banking on its value increasing over time, which he believes will benefit both Tacitus and the Navajo Nation.

On-site, Demers points to a large rig that looks like an oil and gas pumpjack, which has been taken out of oil production service and repurposed for moving water off the helium-bearing formation 6,000 feet below, said Demers.

The pumps are used to drop a piston into the ground that draws water off of the wells so that the gasses, including helium and primarily nitrogen, flow and rise to the surface. The brackish water is then disposed of and the gas is separated. While the helium extraction is taking place on what was an old oil and gas lease, no fossil fuels are involved, says Demers, which makes this particular site unusual.

“There’s nothing in the process that’s toxic,” said Demers, who believes helium found on the Navajo Nation is therefore the “greenest helium in the world.” Historically and most prevalently, helium in the U.S. has been recovered as a by-product of natural gas in places like Oklahoma, Kansas and Texas. Quatar and Algeria are also major producers.

The concentrations of helium found at Tocito, consistent with the rest of the Navajo Nation, are high, says Demers. Approximately 7 to 8 percent of the gas stream is helium. “Based on the evidence that we’ve seen in the pockets of helium, I believe that the Navajo Nation is quite potentially the Saudia Arabia of helium,” says Demers. “My geologist cringes when I say that because I’m mixing metaphors with oil and gas.

“But I’m talking about the Navajo Nation being a swing producer of helium for the world,” he said, “and I don’t say that flippantly or lightly. The concentrations of helium in the gas stream here are the highest known on the planet.” Demers adds that the gases are flowing at low pressure and there are no dangerous high-pressure lines or systems at the plant. He says there are also no issues with soil or air contamination, and only trace amounts of methane (less than 1 percent) are released in the gas stream.

Demers says he loves to welcome regulators to the site. “Most regulators just really want to understand what’s going on,” said Demers, who stands by Tacitus’ safety and environmental standards.

One year after launching, Demers says Tacitus is still in the testing stages and is currently producing approximately one half of what the plant is designed for. “The plant is designed to process 2 million cubic feet a day of gas,” said Demers. Once, drilling, extraction, separation and cleaning occur, Tacitus is ready to bring helium to the marketplace directly from the Tocito site.

To offer a frame of reference in terms of volume, Demers says an estimated 6 billion cubic feet of helium is consumed around the globe every year. “That is equivalent of 90 minutes of natural gas consumption in the U.S,” said Demers. So helium extraction is small-scale compared to the natural gas business, but the product is in high demand. “It is a small footprint with a big revenue,” said Demers. “That’s why it’s a huge thing for the Navajo Nation.”

Demers would like to expand the Tacitus operation into North Tocito and Rattlesnake in Gadii’ahi/To’Koi (Cudeii), west of Shiprock, but that will have to be legislated through the Navajo Nation Council in order to secure the operating agreement necessary to do business on the land and expand the current location.

Demers says Speaker Seth Damon has expressed interest in sponsoring the pending legislation. Damon could not be reached for comment. Vice President Myron Lizer also made a site visit to Tacitus, but has not responded to requests for comment either. Demers said the plan for Tacitus ultimately is to get 500 million cubic feet per year of helium from its assets on the Navajo Nation.

Based on this estimate, and Tacitus’ royalty agreement with the Navajo Nation, which is confidential, Demers forecasts that $40 to 60 million per year will go back to the Nation in combined mineral royalties and severance taxes from Tacitus’ helium production. Demers added, however, said that to get to that type of revenue stream Tacitus is going to have to invest “in the neighborhood of $100 million capital” to develop the resource.

He admits the process to get up and running has been more expensive than he had anticipated, but believes it will be well worth it. “The Navajo Nation is in a tremendous position be a world-class helium producer,” said Demers. “We’re not a big company, but we’ve hit on something that’s a huge opportunity. This is something we can all feel good about at the end of the day.”