Coconino standout excited to come back to AZ 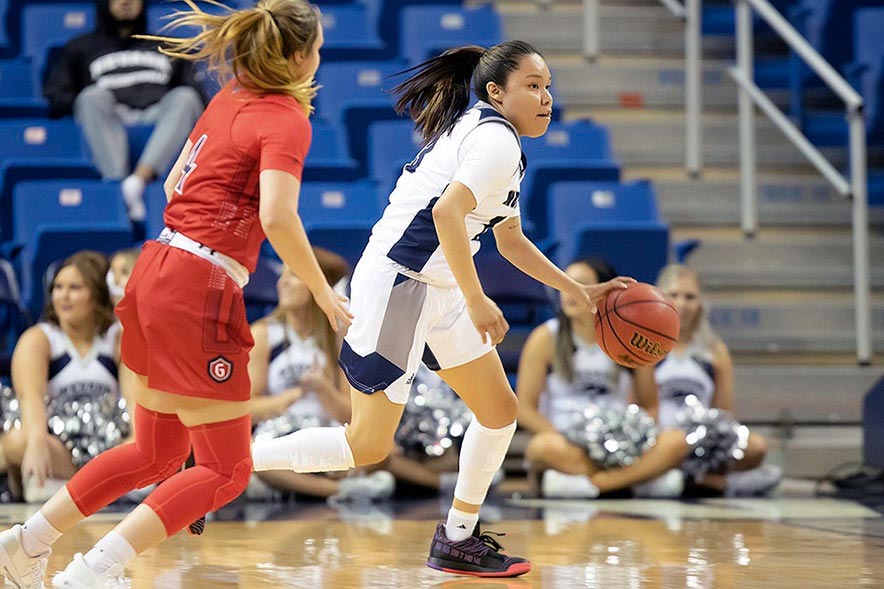 “Better late than never” is an apt description of the recruiting process of JJ Nakai for the Northern Arizona University women’s basketball team.

The former Coconino standout will finish her last year of eligibility for the Lady Lumberjacks in the upcoming 2020-21 season.

“Personally, I’m very excited,” Nakai said of playing her final season at NAU. “I’m glad that they reached out to me to give me this opportunity.”

After graduating from high school Nakai set school records in scoring and assists at Pima Community College as she amassed 1,397 points and dished out 442 assists in two seasons for the Aztec women’s program.

She then took her talents to University of Nevada-Reno for one season, coming off the bench averaging 3.8 ppg.

“Since high school I’ve been growing as a player and as a person,” said Nakai, who added that her experiences have been a huge factor in her development.

“Keeping that mentality and knowing that I’m giving it my best effort has kept me going, doing what I want to do,” she said.

NAU head coach Loree Payne said she’s been evaluating Nakai for quite some time, ever since she took over the program during the 2017 season.

“She’s been on my radar the whole time we’ve been here,” Payne said. “We got hired three years ago and she had already signed with Pima. Had we been here a year prior I think she would have ended up at NAU after high school.”

Payne said Nakai should have spent four years at NAU but nevertheless she’s excited to bring her home.

“Obviously, she went down to Pima and she had an incredible career down there,” the NAU coach said. “She was a two-time All-American and she had all these scoring records.”

And while she did recruit her while at Pima, Payne said it was “totally understandable” that Nakai chose to go a different route and play for Nevada.

“It’s tough when you try to recruit a kid to come back home,” she said. “There is a different dynamic going on when you’re trying to recruit someone to leave home and come to your school.

“We respected her decision to go to Nevada,” she added. “We were very excited when we she put her name in the portal. Obviously, we would have loved for her to go and have a great experience and have a phenomenal career but fortunately for us we were able to have her back for a whole year.”

“I think the great thing about JJ is having the ball in her hands is going to give us so many opportunities, whether she is scoring or whether she is driving in and clogging the defense,” the third-year coach said. “Her ability as a point guard is something we’re super excited about to add to our program. There are not a lot of kids available that has both aspects.”

Nakai said she’s happy that she’s going to finish out her collegiate career at NAU, as she will be studying kinesiology.

“I’m excited about coming back home,” she said. “I have a lot of supporters here, especially since the Navajo Nation is a literally a couple of miles away from Flagstaff.”