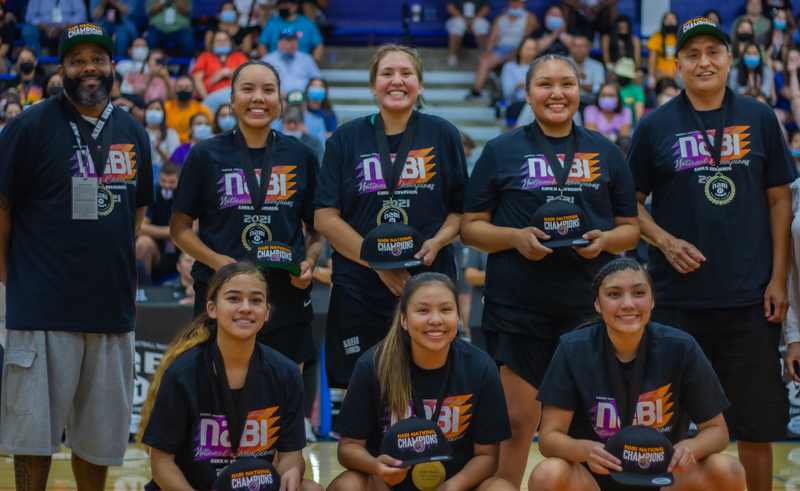 The New Mexico Elite girls’ basketball closed the deal on another national championship.

The Albuquerque-based team celebrated their second straight NABI crown on Saturday by outlasting Native Soldiers, 63-55, in OT before a packed crowd at Camelback High School in Phoenix.

“I’m really happy for the girls,” New Mexico Elite coach Barry Bates said. “This is all about them because they’re the ones playing and they’re the ones running down the court. As their coach, they allow me to be there along for the ride.”

In the two-minute OT, the New Mexico team got a huge spark from Piedra Vista’s Lanae Billy as she scored seven of her 15 points.

“I didn’t expect that,” Billy said of her late scoring output. “I was thinking that I’ll help my team out with my rebounding because my shots weren’t going in.”

But her wide open trey with 1:21 left gave the New Mexico team the lead for good as they held Native Soldiers scoreless in that OT period.

“I think we all deserve this,” the PV star said of her award. “I don’t think there was one special player on our team. We just did all our part to win this tournament again.”

For a more in depth story pick up Thursday’s Navajo Times.