Newcomb plays for final shot – wins – 2A championship next 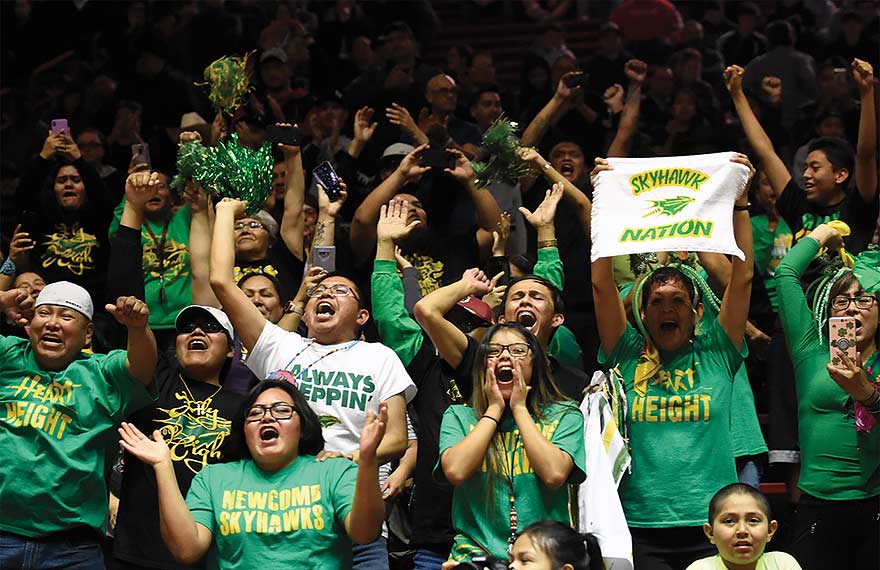 Confidence separates the Newcomb High boys’ basketball team from who they were last season.

It is also what helped them make history by beating Mesilla Valley Christian 50-48 in the Class 2A state semifinal game.

No. 3 seeded Newcomb will play No. 1 Pecos in the championship game tomorrow at Dreamstyle Arena, aka The Pit, at 8 a.m.

Newcomb trailed most of the game but with 1:57 left, Deondre Begay tied it at 48-48 from the free-throw line.

The Skyhawks’ defense forced a turnover and Newcomb got the ball back with 44.4 seconds left in the game. 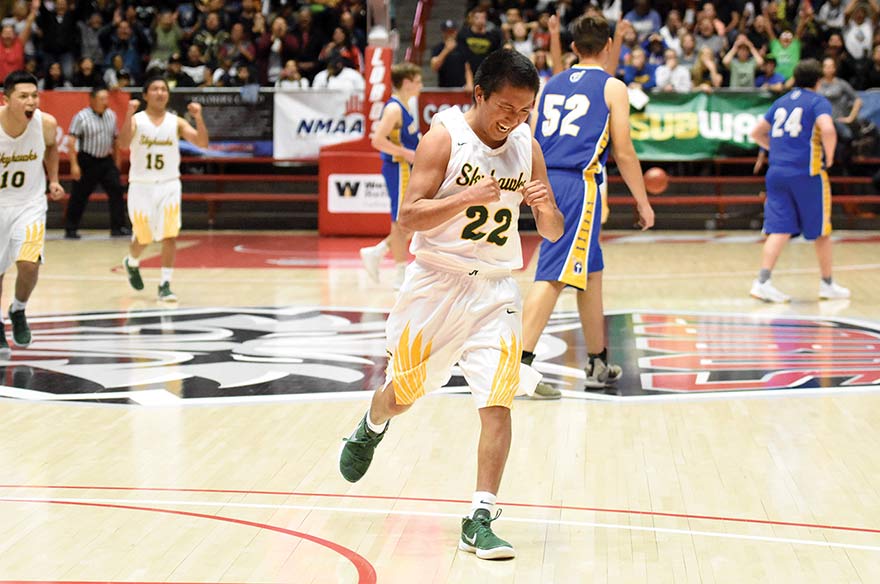 Newcomb coach Dominique Richardson called for a final shot to end the game. The Skyhawks opened up the lane for Begay, who drove in for the layup with less than eight seconds on the clock.

Richardson said Begay did so with confidence. 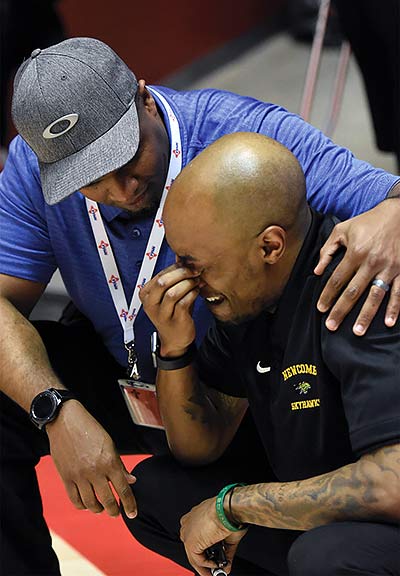 “What he does for the last 31 games is live in the paint, and that’s what he did today, made a great layup again to get us the victory,” he said.

Begay said it was a shot he’s worked on since he started playing high school basketball as an 8th-grader.

It was a shot that Mesilla Valley coach Douglas Coyle said was one of many that surprised him and his team.

“They made some crazy shots, and we saw them do that in some game film,” he said. “But you still think they’re not going to be able to do that against you – and they still went in.

It is the first time in school history that Newcomb has played in a semifinal in The Pit and now in a state championship game.