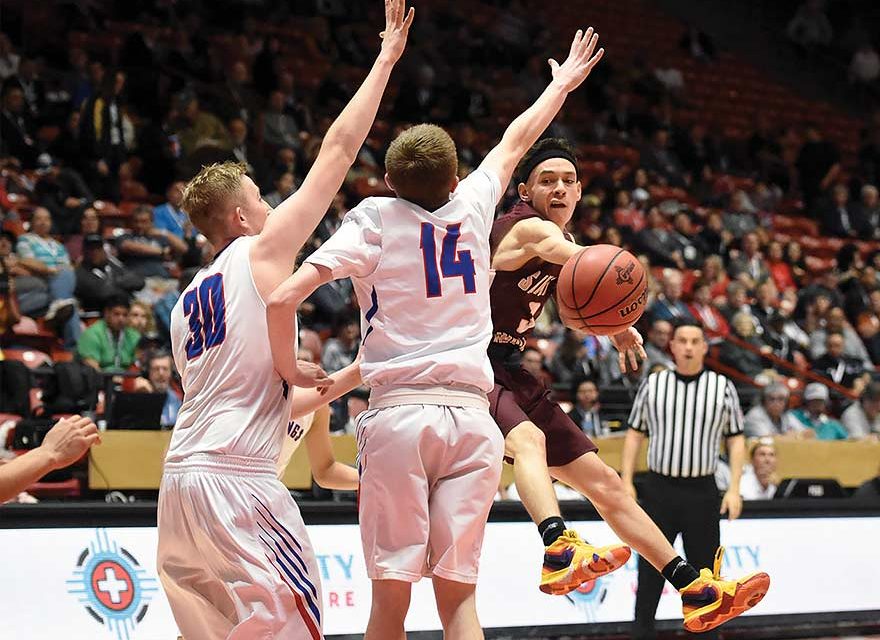 The Newcomb High School boy’s basketball team made it under the bright lights of The Pit and battled like they had all season.

But their fight wasn’t enough to hold off No. 1 seeded Pecos, who defeated them 58-37 in the New Mexico Class 2A boys state championship game on Saturday in Albuquerque. 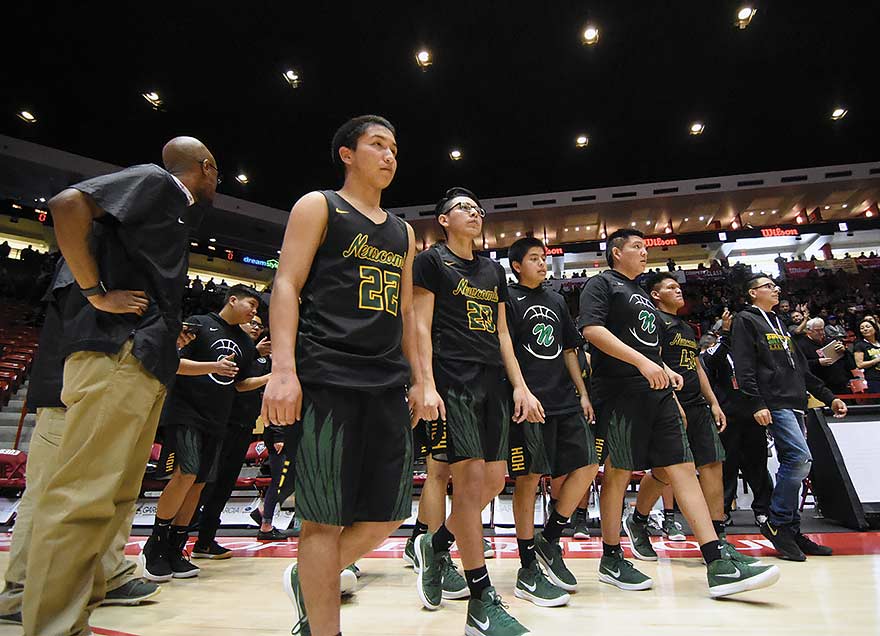 Newcomb head coach Domonique Richardson his team struggled offensively but they remained relentless, which has been a season-long goal for them.

“We had looks and we just didn’t make them,” he said. “We just battled and we didn’t get the outcome that we wanted but I’m proud of how they played; they didn’t let up.”

Pecos came out crashing the boards, making it difficult for the Skyhawks to defend. The Panthers took a 16-9 lead after one, and extended it in the second to lead 27-16 at the half.

Newcomb never stopped shooting as they were hoping to find their shots. Nothing seem to fall for them as Pecos stretched an 11-point cushion to 43-25 at the end of the third. 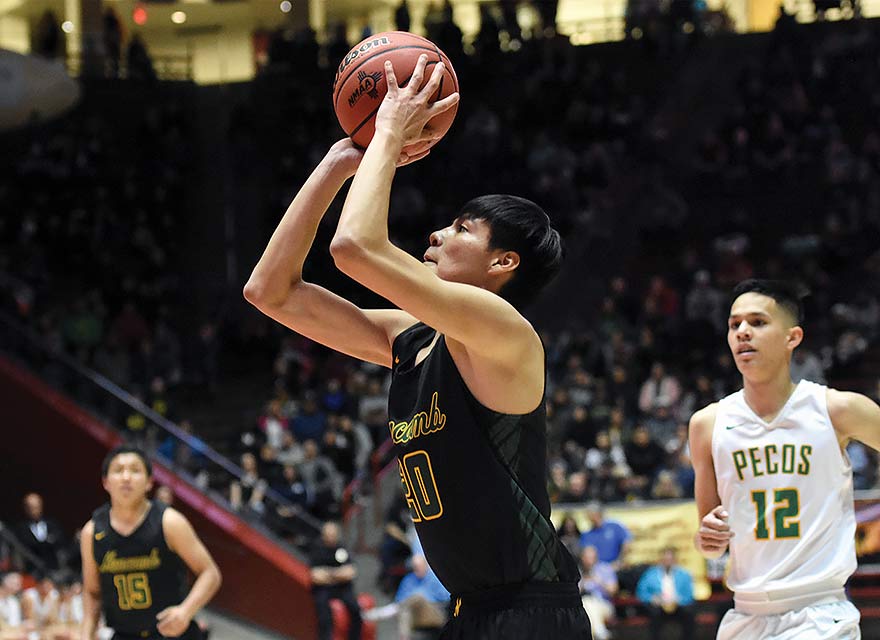 Navajo Times | Ravonelle Yazzie
Newcomb’s Shannon Bitsilly sets up for a two-point basket against Pecos during the New Mexico Class 2A state championship game on Saturday.

Newcomb scored 12 points in the final quarter for a last attempt to cut down Pecos’ lead, but was unsuccessful.

Richardson said it was an unfortunate end to the season, but the team had a lot to be proud of.

“I’m proud of this group,” he said. “We really didn’t get the respect from a lot of people because of where we came from, where we were at, but hopefully this wakes up a lot of people; let them know we got some basketball players down (Highway) 491, on mile 51.”

This was Newcomb’s first-ever appearance in a state championship game, and the first year they moved past the quarterfinals.

The end result was taking home a state runner-up trophy.

In the 3A championship game, the Santa Fe Indian School boys’ basketball team had another fast start but the Braves could not hold on as they came up short, 56-54, to the Hot Springs Tigers in OT.

And although they had their chances, SFIS went 6-for-15 from the free throw line since the fourth quarter.

“Our nemesis showed its neck tonight,” SFIS coach Jason Abeyta said. “Man, we just didn’t knock down free throws. I know it’s hard on them on what happen but it just came down missing free throws. 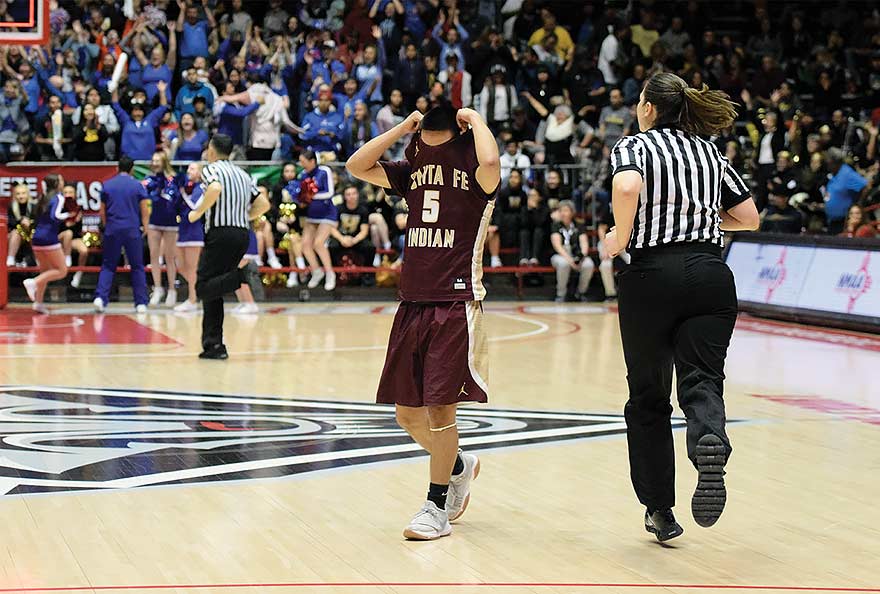 In the early going, the Braves hit 13-of-20 shots for a 28-14 advantage with James Bridges, Ethan Roanhorse and Virgil Valencia combining for 18 of those points.

Nonetheless, Hot Springs scored the final six points of the first half and trailed by 10 at the break.

The Tigers had a pair of old-fashion three-point plays and two treys to fuel a 20 to 8 effort in the third as they regained the lead at 38-36.

There were six lead changes in the final quarter and two ties with Valencia forcing OT when he hit 1-of-2 free throws with 56.6 seconds left in regulation.

“Sometimes it takes a few motivational words to get their motors running but they never quit,” Hotsprings coach Derek Bean said of his team. “They just trusted the process. Defense won the ballgame today.

“We got down early but we’ve been there before,” he added. “We just had to believe in what we were doing.”