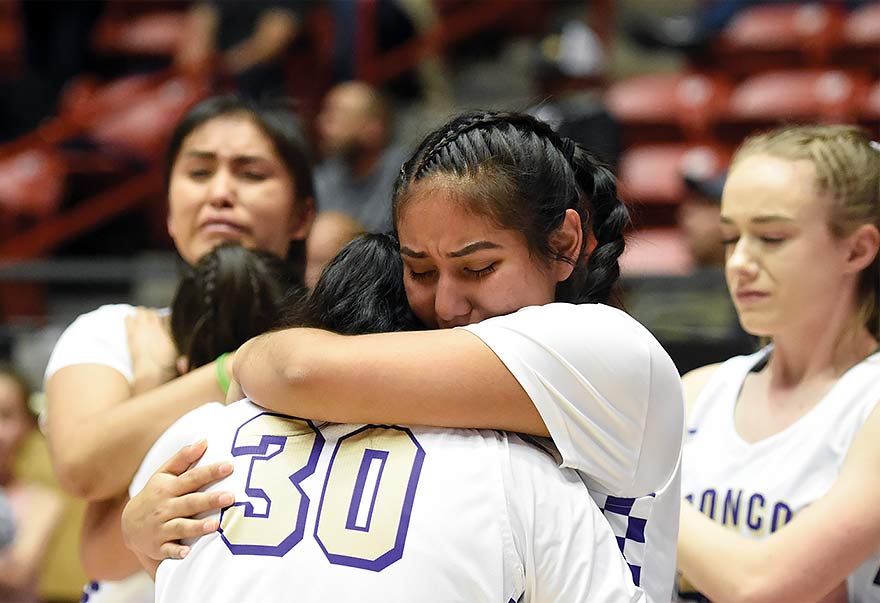 Kirtland Central head coach Devon Manning said when the Lady Tigers pushed, his girls pushed back, which made for a tight match up.

“We just didn’t make enough plays,” he said. “I got to give Los Lunas a lot of credit, they made us work and I thought we made them work too.”

The two teams kept tight game in the first half, exchanging long-range shots and attacked the basket. Los Lunas made a small run to lead 25-20 at the half.

The Tigers continued to make small runs and plays that widen the gap between them and Kirtland Central. 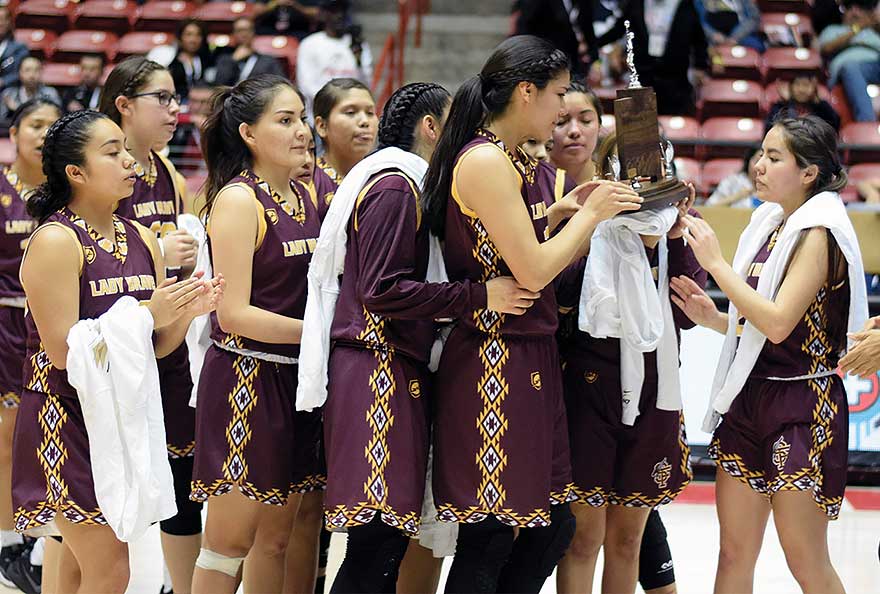 Kirtland Central narrowed the gap in the fourth quarter, but Los Lunas remained a few plays ahead of the Lady Broncos. Los Lunas closed in for the 49-43 win.

“We picked the wrong game to not have a good shooting game,” Manning said. “As bad as we shot, we were still in it. We just didn’t make enough plays.” 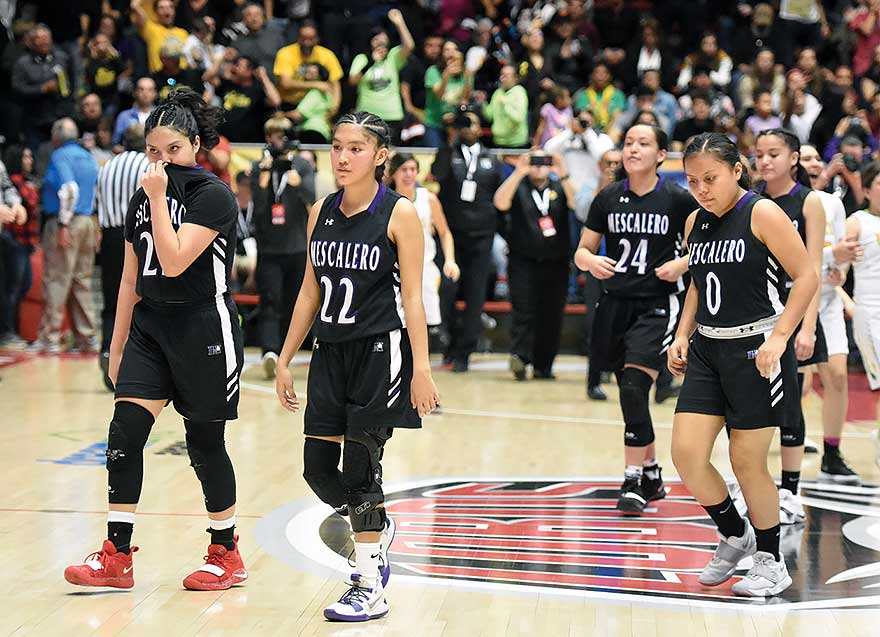 The Mescalero Apache Lady Chiefs walk off the court after losing in OT against the Pecos Lady Panthers in the New Mexico Class 2A state championship game at the University of New Mexico arena in Albuquerque.

In the 2A girls finals, the Mescalero Apache Lady Chiefs saw its hopes of a state title slip away in OT.

The No. 3 seeded Pecos Lady Panthers scored on every possession as they had to pull out a hard-fought 53-46 win.

Mescalero Apache had an opportunity to win it in regulation but with one-tenth of a second they could not convert a free throw as the game went in OT.

“Going into OT we were kind of down because we missed a free to where we could have won the game,” Mescalero Chief coach Elmer Chavez said. “You could see the mental letdown right down.

“When we started we weren’t prepared to go into OT,” he added. “And they (Pecos) started going inside on us and we had one of our top players (Fallon Velasquez) foul out.”