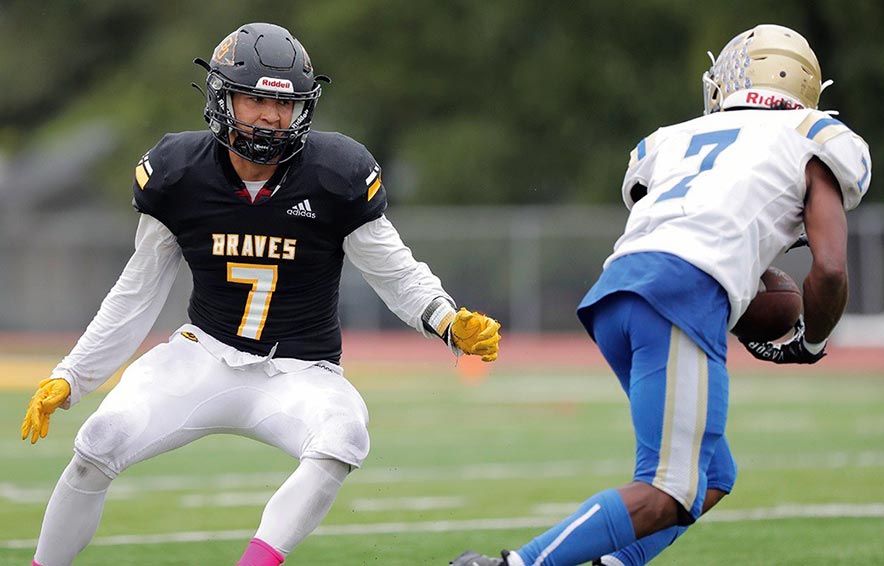 Not every football player can return to action after years away from the sport.

Reynolds said he didn’t compete for four and one-half years until he started playing safety this season for Ottawa University (Kansas). He played the first six games (2-4) and had 17 tackles and one interception.

The gap included service during a two-year international church mission.

He said he didn’t play for Butte College, where he was part of the football program during his freshman spring semester. Later he attended Utah State University for two years and planned to be a walk-on there until he said he learned his eligibility had run out.

So he reached out to National Association of Intercollegiate Athletics schools, and the Ottawa coaches responded the soonest. He said he was offered a scholarship in July and joined the program without an official visit.

Indeed, he kept training. He conditioned this summer with former Brigham Young University defensive back Nate Soelberg, a certified speed and agility coach.

“Probably the toughest thing was the physicality (of the game),” he said about his return. “I was pretty well conditioned. It’s really a different feeling of recovery.”

“The first couple weeks of practice and the first game, I was definitely more sore than normal,” he said. “Since then it’s been a lot better.”

He has played free and strong safety, depending where he fits best. He mostly covers running backs at free safety and slot receivers at strong safety.

“Free has more freedom to roam. We play a lot of cover one defense, everyone manned up underneath,” he said, noting that at strong safety, he is more involved in plugging the gaps on run plays.

“He works really hard,” said Wes Coomes, Ottawa defensive back coach and special teams coordinator. “I knew he was a good athlete. It’s pretty impressive to go all through all this stuff after a lot of time off.”

In the opener against Oklahoma Panhandle State, Reynolds made three tackles, and he had an interception on the opponent’s second possession of the game. Ottawa defenders knew to expect pass routes over the middle of the field, he said.

A teammate tipped the ball he intercepted. “I dove and caught it,” he said. “It was a good kind of welcome back to football gift.”

He made season-high five tackles and broke up a pass in his third game and had four tackles and another pass breakup in Saturday’s game.

“He’s probably our most consistent tackler in the secondary right now,” Coomes said.